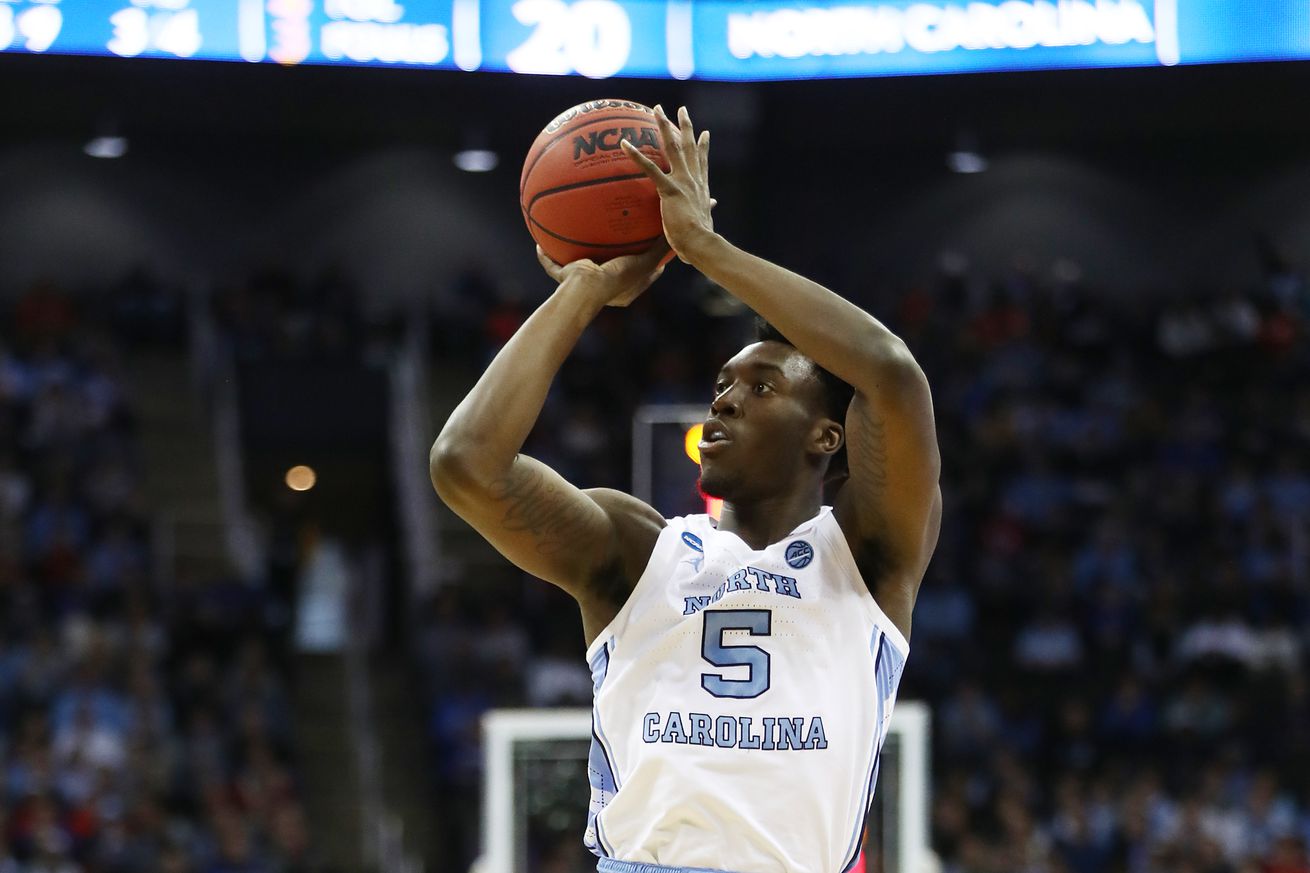 Examining the pros and cons of each player the Spurs would likely have to move up in the draft to acquire.

I watch college basketball as much as the next person, but in compiling the list of players who will likely be drafted before the Spurs’ 19th draft pick, I leaned on the most recent mock drafts from major media outlets across the internet. Specifically, I looked at Tankathon, NBADraft.net, ESPN, CBS Sports, Bleacher Report, Sports Illustrated, The Athletic, The Ringer, and Yahoo.

The table below lists all players whose Average Mock Draft Position (AMDP) ended up being less than the Spurs’ 19th draft pick and had a small standard deviation (i.e. most mock drafts agreed that these players would be drafted before the Spurs at 19).

I have excluded Zion Williamson, Ja Morant, and RJ Barrett since they are almost guaranteed to go top three, and the Spurs don’t have the assets to get anywhere near that range. I have also excluded point and combo guards as I do not believe the Spurs should be targeting them in the draft. I could be wrong, but I hope not. Derrick White, Dejounte Murray, Lonnie Walker IV, and Bryn Forbes make for a formidable young guard rotation for the future.

The players above can be broken into two groups: Consensus top 10 picks and players outside the top 10 who are not likely to drop to the Spurs at 19.

There are countless sources available for researching the strengths and weaknesses of these players. Instead of listing these in this article, I’m going to provide reasons for and against the Spurs drafting each these players based on their upside, fit on the Spurs, and potential cost of drafting. I have also included a link to White-Walker76’s draft profiles where applicable. These excellent fan posts contain links to highlights, strengths and weaknesses videos, etc. for those who would like to receive more information on these players.

I’m not going to profile Jaxson Hayes in this article because I do not believe the Spurs would give up valuable assets to move up for a true rim running center. The Spurs don’t have the personnel to fully take advantage of a player like Hayes, and there are other bigs who will be available later in the draft that would be a better fit for the Spurs.

I don’t believe Culver is worth the assets required since I believe his status in the league could depend upon whether or not his growth spurt continues. In researching him, draft experts have most often compared him to Evan Turner. Nothing against Turner, but that’s not exactly a ringing endorsement. Also, watching him get dominated by DeAndre Hunter in the NCAA championship has left a bitter taste in my mouth.

With Zion Williamson being unobtainable, I consider Hunter the only top 10 prospect worth trading up for in this draft, especially if he slips into the bottom part of the top 10. I don’t see him as a low ceiling type of player. I wouldn’t be surprised if he ends up being one of the top three players in this draft when all is said and done.

I think when all is said and done teams are doing to draft based on potential. I could see Reddish being drafted ahead of Hunter, though I believe that would be a mistake. I don’t think he’s worth the Spurs trading up for. He has the talent, but why give up known commodities for a player who was unable to excel on a team where everything was setup for him to succeed?

I think he would be an excellent pick on the off chance he falls to the Spurs at 19 or at least into the teens, but I don’t have enough information about him to decide whether or not he would be worth trading up for. He looked good in his pro day video I linked above, but it also looked like he was being guarded by me. He could be worth trading up for if the Spurs are playing the long game, but I’m not sure they are.

(2/2) Little said he had some hesitancy on the court and didn’t play like himself. Honestly I took away more that he was taking responsibility for it than passing the buck. Went on to say that he thought his time at UNC was valuable because he developed and became more mature.

If Little is there at 19, he would be right at the top of my draft board, but after the combine a trade up will almost certainly be required. The Kawhi Leonard comparisons are there, but there is a lot more to being Kawhi Leonard than simply having his body type. If Little is available at 13 I would certainly give the Miami Heat a call. Otherwise, there will be other players available later in the draft who are great prospects.

There are several Pounders who are extremely high on Hachimura. I’m not one of those people, although I admit he would be hard to pass up at 19th. I wouldn’t trade up for him unless he dropped far enough to where it would only cost the 19th draft pick and a second round draft pick.

I see him as a bit of a Julius Randle or David West type player. I didn’t add this to the pro or con list, since I wasn’t sure where it should be placed, but Washington is an excellent mid range player. I’d prefer that the Spurs move away from the mid range somewhat, but the Spurs could find this to be a useful skillset.

With everything going on in the NBA right now, the Spurs need to be thinking about finding their next superstar, not settling for players whom I believe have a ceiling as an above average role player. Clarke is a safe pick but I’m hoping for a bit more of a risk come draft night.

Known draft interest: His first workout was with the Spurs

I certainly see the intrigue with him as a prospect. If the Spurs are drafting best player available at 19th, Goga could be the way to go. If the Spurs are drafting based on need, he might not be high on their list. With a saturation of wings in his draft range, he is one of the few bigs who will be considered by teams drafting in the late lottery. Because of this, I expect him to be slightly overvalued and end up getting taken before the Spurs 19th draft pick.

I expect there to be many surprises on draft night, so it’s entirely possible that one of these players end up being available to the Spurs at 19. If I were ranking them in terms of upside, cost to obtain, and need, I would rank these players as follows:

The next article in this series will discuss the pros and cons of drafting players who have high volatility in their draft range or who are expected to be available to the Spurs at 19th.

Potential draft targets that would likely force the Spurs to trade up
Source: Pounding The Rock