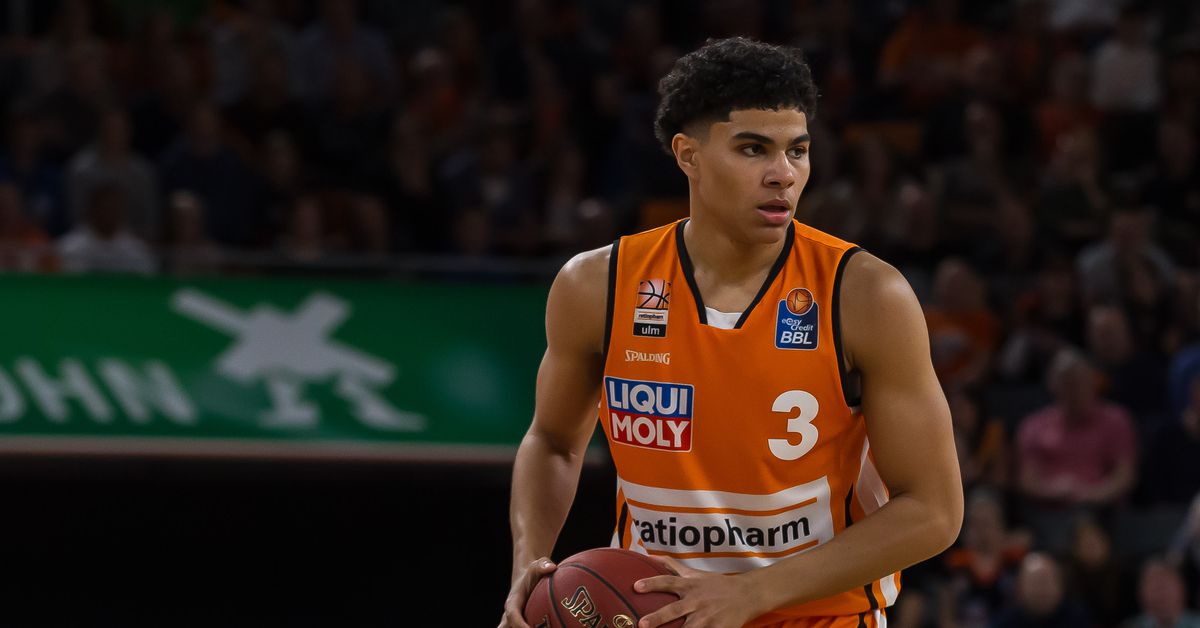 We discussed the possibility of the NBA returning by July and why the Spurs have little to gain from participating in the resumption of the regular season last time out, and not much has changed in 72 hours. San Antonio still sits firmly outside of the postseason picture, and regardless of rumors of a play-in tournament, it would be unrealistic to expect the good guys to advance in the playoffs even if they were to qualify.

Sitting out of competitive play when the sports world has been on hiatus for almost three months won’t be an easy decision, but it might be the right choice for an organization with a flawed roster and the oldest head coach in the league. Risking injuries to continue a losing season seems arbitrary, and gathering amid a pandemic when you’re well out of contention feels irresponsible. And while safety precautions are sure to be taken into account, the Spurs’ energy would be best served preparing for the future.

Though Killian Hayes won’t celebrate his 19th birthday for another two months, he is one of the most polished offensive prospects in the 2020 Draft Class. The French point guard impressed scouts with his poise as a full-time starter for Ratiopharm Ulm during his first season in the Bundesliga, and his success playing alongside seasoned veterans in a top tier European league left few questions about his ability to transition to the NBA.

Aside from LaMelo Ball, you’d be hardpressed to find another facilitator with this level of vision and IQ at such a young age, especially in the pick-and-roll. Hayes can find the open man from all areas of the court, and while the accuracy isn’t always there, his proficient live-dribble passing is a unique skill shared by few of his peers. Cutting down on risky passes will be essential moving forward, and improving and incorporating his right hand should decrease turnovers created by forcing the ball into windows that aren’t available.

Despite a solid grasp of the game as a distributor, Killian fails to match that creativity as a ballhandler. Right now, his dribbling package is limited to simple crosses, hesitations, and in-and-outs, and he isn’t someone who looks to break down his defender with a series of combination dribbles. His pronounced lefthandedness can make him predictable, but aiming for ambidexterity will only increase his effectiveness.

When it comes to putting points on the board, Hayes has flashed potential as both a finisher and a shooter. Although he lacks the explosiveness to play above the rim, Killian makes up for his athletic shortcomings with length, touch, body control, and deceptive change of direction. Low release concerns notwithstanding, the 18-year-old has exhibited a quick and repeatable shooting motion that hints at some catch-and-shoot capabilities. He even utilized a Hardenesque step-back jumper as part of his scoring repertoire.

Adding muscle, refining his handle, and growing as a decision-maker should be at the top of his to-do-list, but if he can shore things up in those departments, Killian has the talent to become an All-Star caliber playmaker. He won’t be leading anyone to an NBA championship in year one, and that’s perfectly okay. Still, the luck lottery team who selects him on draft night will be adding a league-ready building block to their core.

San Antonio’s defense was undoubtedly their greatest vulnerability this season, and opposing offenses regularly capitalized on their inability to protect the perimeter. A fair share of the blame falls upon faulty defenders receiving substantial minutes, and though Hayes won’t solve all their problems, he’s an upgrade over Bryn Forbes and Marco Belinelli.

Unlike many of the prospects we’ve covered in recent weeks, Killian doesn’t project as an elite stopper in any aspect. While the young Frenchman doesn’t hang his hate on the defensive end, his height and frame should grant him the versatility to competently guards ones, twos, and smaller threes.

For the most part, Hayes is a reliable team defender. He consistently positions himself to appropriately tag cutters and rollers, and this is often highlighted by his strong pick-and-roll coverage. His awareness and effort wane on occasion, and he will need to do a better job of navigating screens and avoiding ball-watching when he arrives in the NBA.

He also tends to sag off his man too much, which leads to weak closeouts, late contests, and open looks from the perimeter. His man-to-man defense is steadier, but a combination of average athleticism and heavy feet can allow quicker guards easy lanes to the basket when he takes poor angles or fails to get into a proper defensive stance.

Killian is an unlikely candidate to blossom into a lockdown defender, though his switchability, fundamentals, and defensive IQ should make him a useful asset on this end of the floor. Best of all, contrary to a couple of current Spurs, Hayes doesn’t figure to become an unmitigated liability, and that in of itself should be enticing to San Antonio.

Every prospect is unique in their own right, and while perfect one-to-one professional parallels don’t exist, player comparisons can help identify what incoming rookies bring to the table. A handful of media outlets have likened Killian Hayes to Spencer Dinwiddie and beloved Spurs retiree Manu Ginobili, though I believe stacks up quite favorably to D’Angelo Russell.

Both playmakers are tall left-handed point guards with exceptional court vision who operate below the rim and make the most of their shiftiness and feel for the game. D-Lo may be the better shooter, scorer, and ballhandler, but Hayes possesses the tools necessary to reach a similar ceiling. And his penchant for making tough shots off the bounce is particularly reminiscent of the Minnesota Timberwolves’ All-Star.

Unfortunately for the Silver and Black, Killian’s stock has continued to skyrocket, even rising to the top the spot on The Ringer’s 2020 big board. There’s little chance anyone with a top-five pick passes on the best international talent available when franchises like the Hornets, Pistons, Cavaliers, and Knicks desperately need a floor general.

San Antonio has a crowded backcourt as it is, and they just extended Dejounte Murray this past offseason, so trading up to acquire Hayes is probably out of the question. Then again, the Spurs had success molding a certain french point guard into a fringe MVP candidate, and I doubt they’d complain if Killian Hayes fell into their laps.