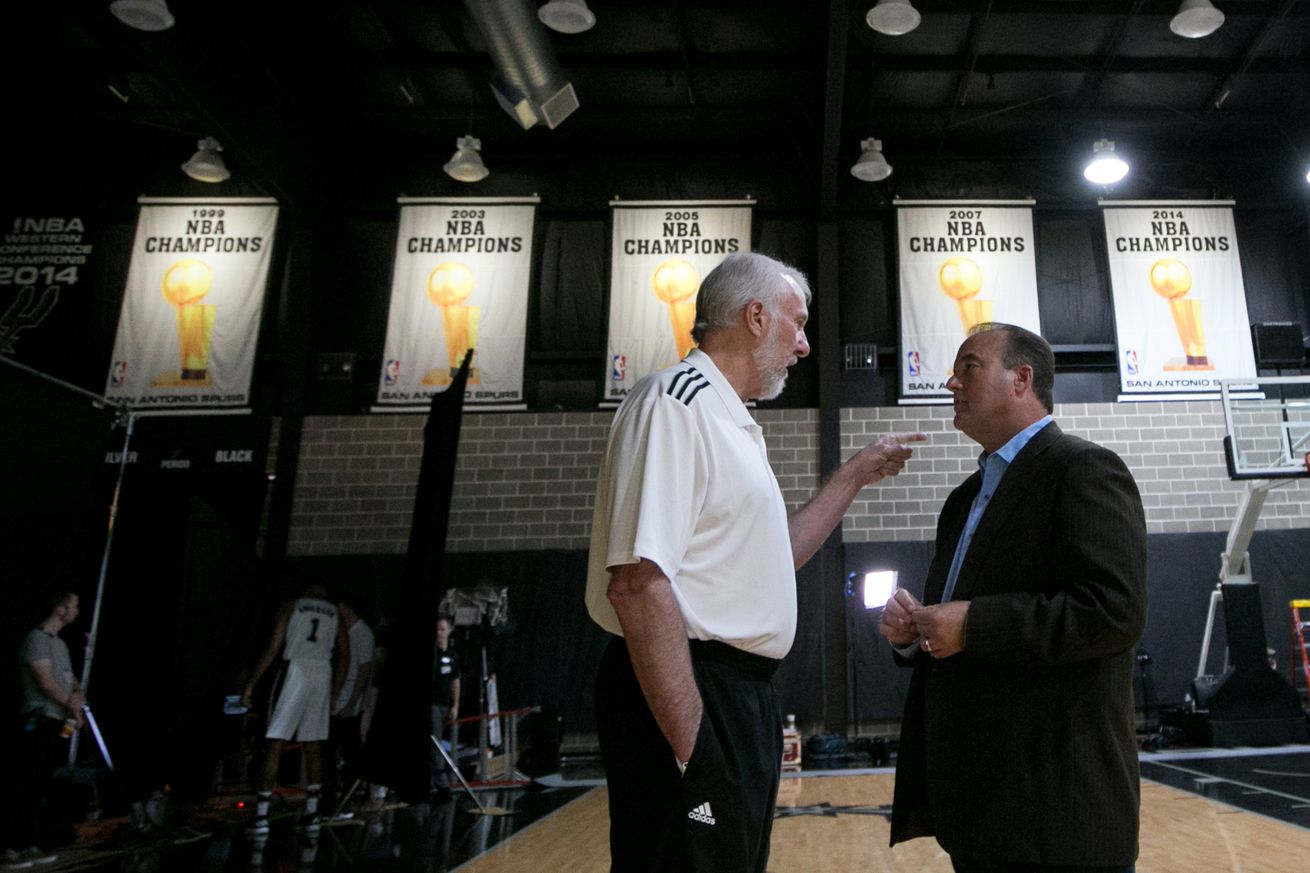 This time of year, the period of draft picks, free agency, and trades, raises more questions than answers. In an NBA rampant with rumors and unnamed sources, rant and slant, and mysterious injuries to hands and quads, knowing where to turn for reliable information is difficult. This is especially true when the one person who could put our minds at ease remains famously tight-lipped.

For the first time, Pop [Puppet] sanctioned a brief presser during which all questions, from Kawhi to the World Cup, were fair game. The crew of “Pop’s Culture” hurled hardballs—he referenced Morley Safer and Andy Rooney each at least once—and lobbed softballs. He returned serve by throwing a cup of coffee when we put his patience to the test. The following is the footage that we can share. Snuff the fuse on that Woj Bomb, and listen up, ESPN talk radio, because this is all you get . . . until next year.