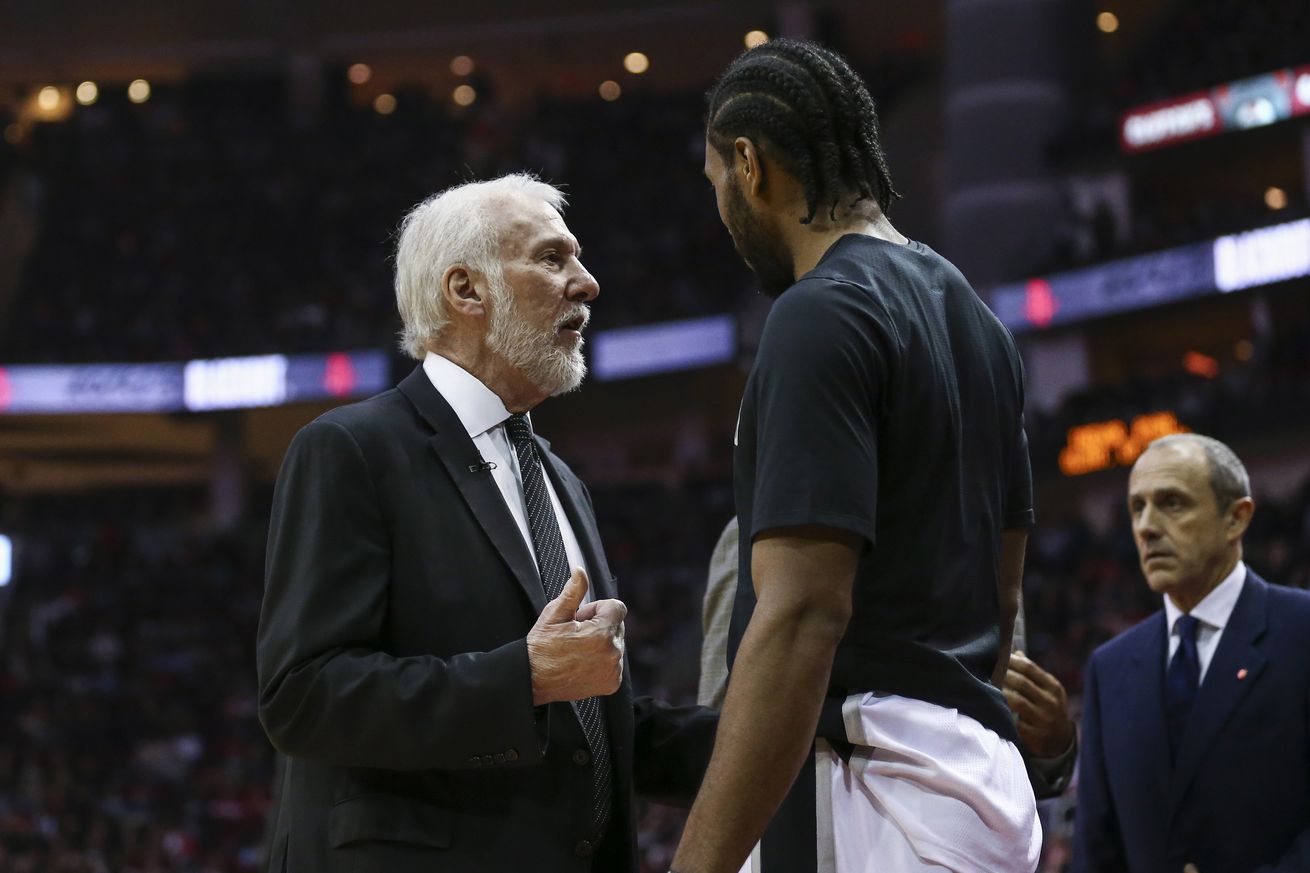 The time to work things out has finally come.

According to ESPN’s Adrian Wojnarowski, Spurs head coach Gregg Popovich and Kawhi Leonard will be meeting up before the NBA Draft on June 21 to try and hash things out.

Woj says Gregg Popovich and Kawhi Leonard will sit down to talk between now and the 2018 NBA draft.

He says a lot of teams would love to get involved in trade talks for Kawhi but the Spurs are not entertaining offers right now. pic.twitter.com/cZW0SjLZNw

It may seem like time is getting away from the Spurs a bit, but remember Pop lost his wife Erin back in April, and her funeral was just three weeks ago. Pop reportedly did participate in exit interviews, as did Leonard, but he has understandably needed time to mourn.

The timing before the draft is still paramount. Both sides have some things to work out, internally and contract-wise. Leonard only appeared in nine games this season due to a lingering quad injury. After shutting himself back down in January he sought a second medical opinion in New York, and reports of a rift between the two parties have been growing ever since.

The Spurs reportedly plan on offering Leonard the super-max contract extension, but not before clearing the air with him (and presumably his “group”) first. If he refuses to sign the extension, they will have some decisions to make considering Leonard can become a free agent next summer by opting out of his current contract.

As of now the Spurs are not entertaining offers for their superstar, and some reports have even indicated that even if they don’t work things out this summer, they will keep him for the start of next season in hopes of either working things out over time or improving his trade value on the court.

Of course, that could change with the right offer, but hopefully it doesn’t come to that and the two sides can things work out. It sounds like that is the hope for both sides, but whatever happens it sounds like after months of anxiety, we will finally have an answer sooner than later.