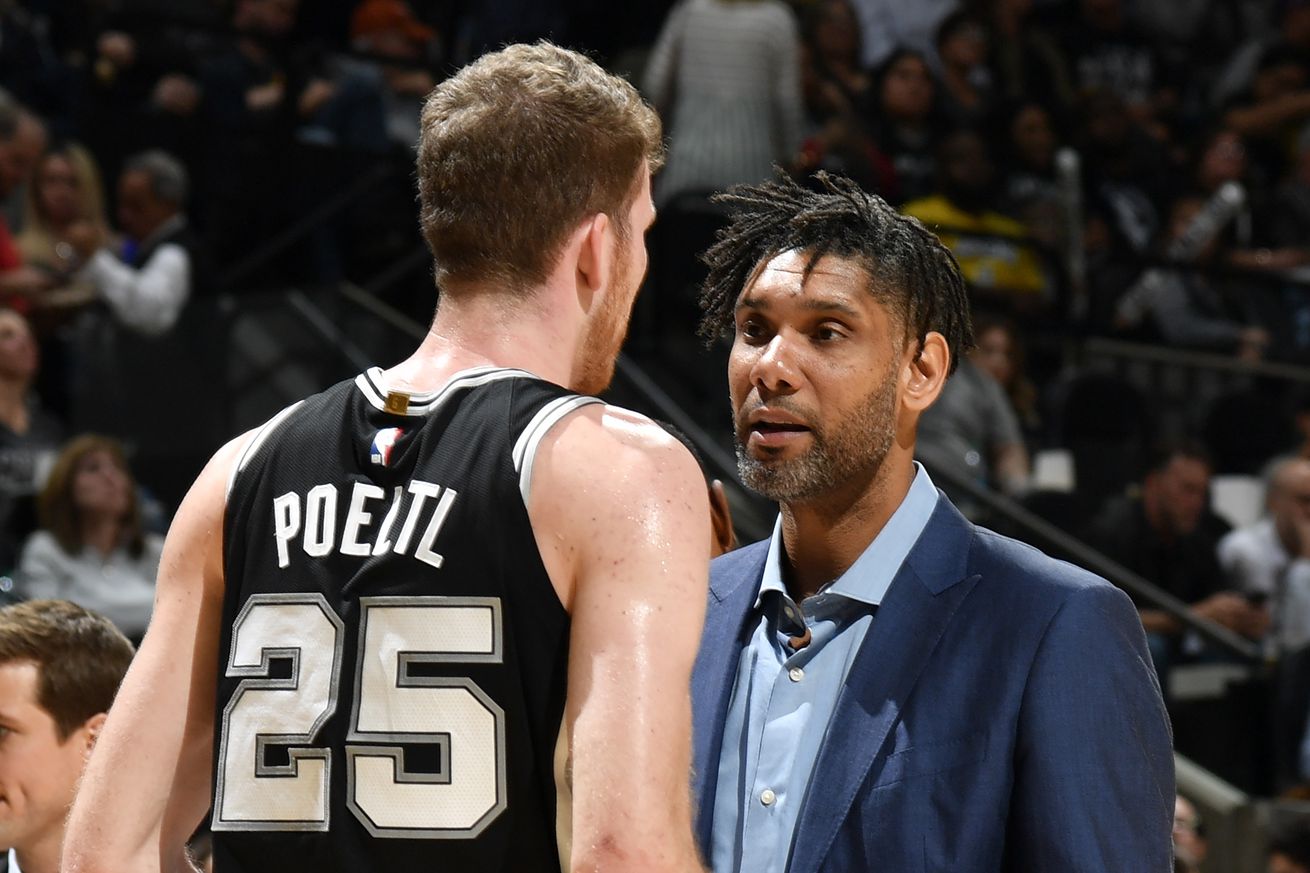 Assistant Coach Tim Duncan still doesn’t say much, but he doesn’t have to.

Beyond three jersey retirement ceremonies, including his own, hardly anyone outside the Spurs organization has heard much from Tim Duncan since he was last on the court during the 2016 playoffs. As a result, the announcement this summer that he was returning as an assistant coach and many media members ready for an illusive interview that was they weren’t even afforded when he announced his retirement.

Marc Stein of The New York Times was one such journalist who went to two early Spurs games with the hopes of scoring some questions with Big Fun. Alas, as he and many others would come to find out, Tim Duncan is still Tim Duncan: quiet, media-adverse, and only interested in the basketball side of the job.

Still, just like when he was a player, one doesn’t need to hear from Timmy to know how effective he is at his job.

Before games, Duncan is back on display for fans who arrive early enough, warming up the reserve center Jakob Poeltl and the former All-Star LaMarcus Aldridge. Duncan has let his hair grow out extra long and has styled it in dreadlocks, and he typically duels with Poeltl and Aldridge while wearing a pair of camouflage Spurs practice shorts — along with an unmistakably bulky brace he still faithfully slides over his left knee.

In Dallas on Nov. 18, Duncan, unlike any other assistant coach I’ve seen lately, could be spotted in the hallway adjacent to the visitors’ locker room doing situps on the concrete floor between preparatory sessions with Poeltl and Aldridge. Duncan also inspired repeated flashbacks to his playing days when he leapt off the bench during the game to dish out pats of support to the chests of various Spurs, as he so often did in the days he was faithfully flanked by Tony Parker and Manu Ginobili.

Now that Tony Parker’s jersey is in the rafters, don’t expect to hear from Timmy again until this summer, when he’s forced to acknowledge the media as his name is enshrined in the Basketball Hall of Fame for all eternity. After that? Who knows, but as long as we can see, we know he’s having a positive impact on all around him no matter how little he says.