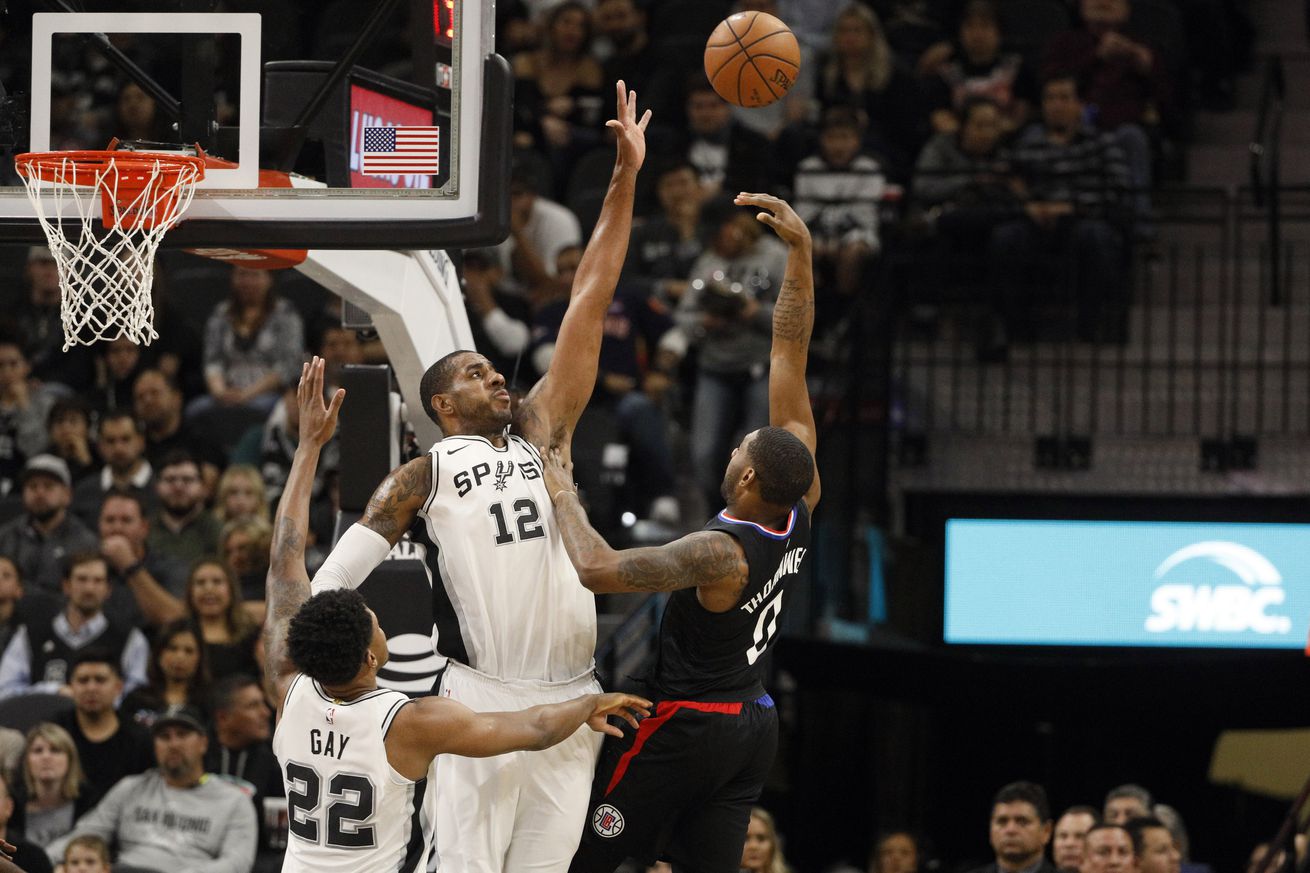 We are 31 games into the 2017-18 regular season, and it should be news to no one that LaMarcus Aldridge is having by far his best season as a Spur and one that arguably mirrors his best days with the Portland Trail Blazers (and yes, the numbers support this theory). Blazers fans may have been laughing this summer when it looked like the Spurs free agency coup of LMA would backfire, but no one’s laughing now.

An early look at Kawhi’s return

CBS’s Matt Moore broke down eight plays that define Kawhi Leonard ‘s return so far. There’s the good (like still being extremely efficient and able to create space) and the bad (jumpers getting blocked due to his lack of lift), but the good news is he already looks ahead of schedule, and the goal is to be in peak form come April and May, not December. In the meantime, the Spurs have shown they can survive just fine.

Clutch Manu is the best Manu

Newsflash: even at 40-years-old, Manu Ginobili is still amazing at basketball. He has been particularly deadly in the clutch this season with a whopping net rating of plus-47 and 84.3 percent True Shooting in their 11 games that were within five points in the last five minutes. It’s so astounding that both Deadspin and Fansided felt obliged to breakdown the sequence of events created by Manu that led to their last second victory against the Dallas Mavericks last Saturday.

How Timmy almost got in trouble with Pop

After 20 years of being within the Spurs organization, it’s safe to say we know a few things about Tim Duncan. He’s good at basketball, kindhearted, has a special relationship with Gregg Popovich, and a sneakily wry sense of humor. Now, thanks to one of his best friends and former teammates Stephen Jackson, we also know he wasn’t afraid to go behind his coach’s back and disobey orders.

Check out Jackson on “The Ryen Russillo Show” telling a story about how Timmy took his teammates out for a game of paintball prior to the 2002-03 season, against the always-paranoid Pop’s wishes, and how he managed to avoid the wrath of Pop even after Jax got hurt: