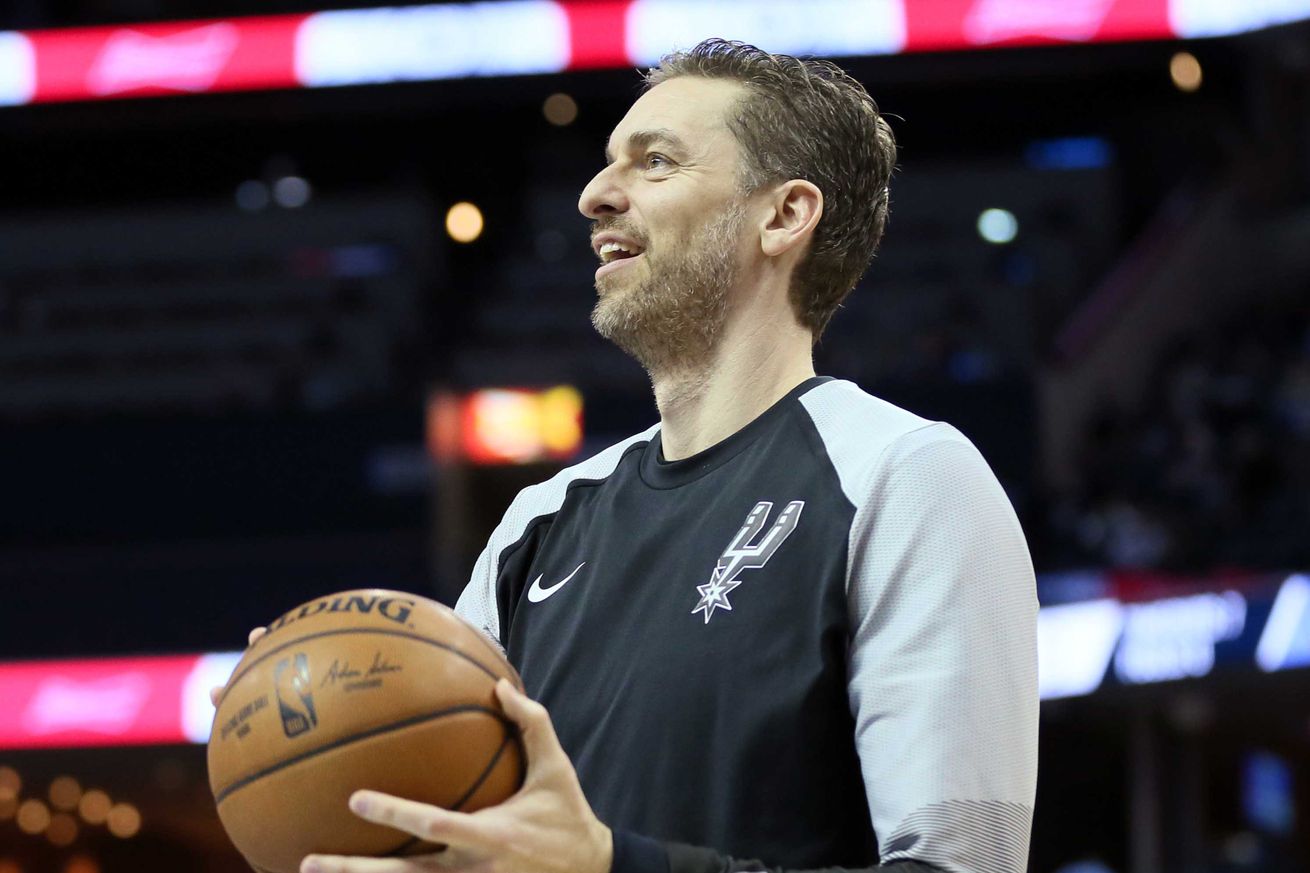 A Gasol buyout felt inevitable, even if it doesn’t help the Spurs too much.

Pau Gasol is no longer a Spur. The big man agreed to a buyout, according to ESPN’s Adrian Wojnarowski. He’s reportedly set to join the Milwaukee Bucks, where he’ll likely have a bigger role than he did in San Antonio this season.

No one that has been paying attention can be all that surprised by this move. Pau and the Spurs seemed to be headed for a breakup for a while. It made no sense for a future Hall-of-Famer to spend one of his last productive years in the NBA as the third center for a team that isn’t contending for a championship. For the Spurs, there was simply no motivation to play Pau. They have a better backup center in Jakob Poeltl, who also happens to be part of their young core. They were going to have the opportunity to cut ties with Gasol in the offseason, since only part of his contract was guaranteed, so there really was no urgency to find him a place on the rotation going forward. The two sides were probably quick to agree to part ways.

Gasol likely initiated the talks weeks ago, but he probably had no rush to get away from San Antonio until now. Players who are on an NBA roster by March 1 are not eligible to represent a different team in the playoffs, so there was surely some urgency to get this done. For Pau, there’s no downside. He’s still getting paid the lucrative deal he signed with the Spurs — who probably knew he was going back East instead of reinforcing any direct rivals before letting him go — and will likely get the minimum from the Bucks, where he’ll be Brook Lopez’s backup and will likely launch a ton of threes. It seems like a good fit. Pau could really bring some depth to a roster that lacked size and leadership to a locker room that doesn’t have a lot of postseason experience. He’ll have a chance to prove his worth.

For the Spurs, the benefits from the move are not as significant. Pau will count against the cap next season for the almost $7 million guaranteed in the last year of his deal. The Spurs could try to stretch him to shrink the cap hit but it really makes no sense to do so, considering they will be over the cap regardless unless they renounce Rudy Gay. They do get an open roster spot that they could use to either turn one of their two-way contracts into a regular deal or to sign a free agent. Considering the two-way guys — Ben Moore and Drew Eubanks — are not setting the world on fire in G-League play, the Spurs will probably elect to sign someone outside the organization to fill that spot. That free agent will in all likelihood be a big man, as the team is now an injury away from having to give Chimezie Metu or Eubanks rotation minutes.

At this point in the season there are no difference-makers left, so any signing will be small. Still, the Spurs will have options. They could go the safe route and simply ink a G-League big man for the rest of the season at the minimum or just use 10-day deals to have some extra big bodies around in case of emergency without making any commitment. Those appear to be the more likely scenarios, but are not the only ones available to the Spurs. While it would be harder to coordinate, they could bring in someone who’s been playing in Europe, like the Pelicans are doing with Davis Bertans’ brother Dairis. It would be tough to pry away former draft picks Adam Hanga or Nikola Milutinov since they are on multi-year deals on good teams, but other standouts could be available. The Spurs could also wait until the end of the Chinese basketball association’s season and sign one of the former NBA players taking part in the competition. There are some familiar names there.

No matter what happens to that final spot, moving on from Pau is a good decision for the Spurs. Gasol had some good moments in San Antonio, but he clearly didn’t fit with what the team is doing this season and moving forward. Clearly it would have been preferable to trade him for future cap space or an asset, but his contract and his decline made that impossible, so a buyout was always the most likely result. At the very least by making it easy for him to leave to join a contender, the Spurs will continue to boost their reputation as a player-friendly organization, which should help their standing with agents. Small gestures apparently go a long way with that crowd. That’s not much, but it’s more than nothing.

And so Pau Gasol’s tenure in San Antonio ends, in the most anticlimactic way possible. There will be time in the future to look back and determine if his stint with the team was a success or a failure, his signing a mistake or a calculated risk. For now, let’s just wish him luck and hope the Spurs use the extra sliver of flexibility they’ve gotten from this move in a smart way.