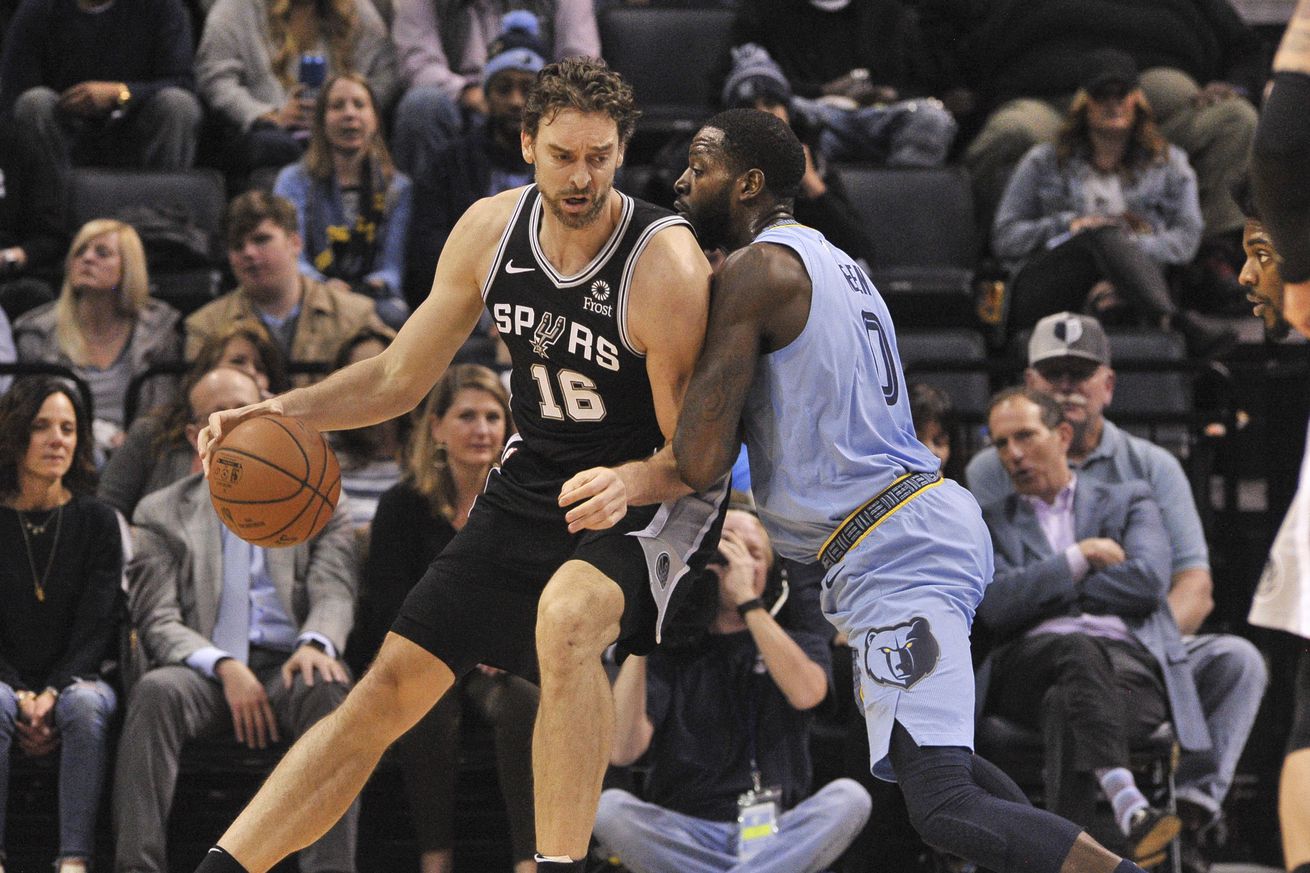 We have our first “rest” game of the season.

Pau Gasol will miss tonight’s nationally-televised game between the Spurs and Thunder for rest.

Gay and Gasol are both out, per Pop. He said Poeltl won’t start. Asked who will, he said, “We’ll figure it out.” Could be Cunningham.

Gasol has appeared in three of the last five games since returning from an injured foot. He played nearly 20 minutes in last night’s loss to the Grizzles — the most since his return — as the Spurs battled foul trouble. For the season, he has appeared in 12 games, averaging 5.8 points, 6.2 rebounds and 2.7 assists in nearly 15.9 minutes per game.

As previously reported, Rudy Gay will also be out with a sprained wrist and is expected to also miss Saturday’s clash in Oklahoma City as well. In other news, Gregg Popovich said Jakob Poeltl will not start tonight, so that likely means either Dante Cunningham or Davis Bertans will get the start at power forward.