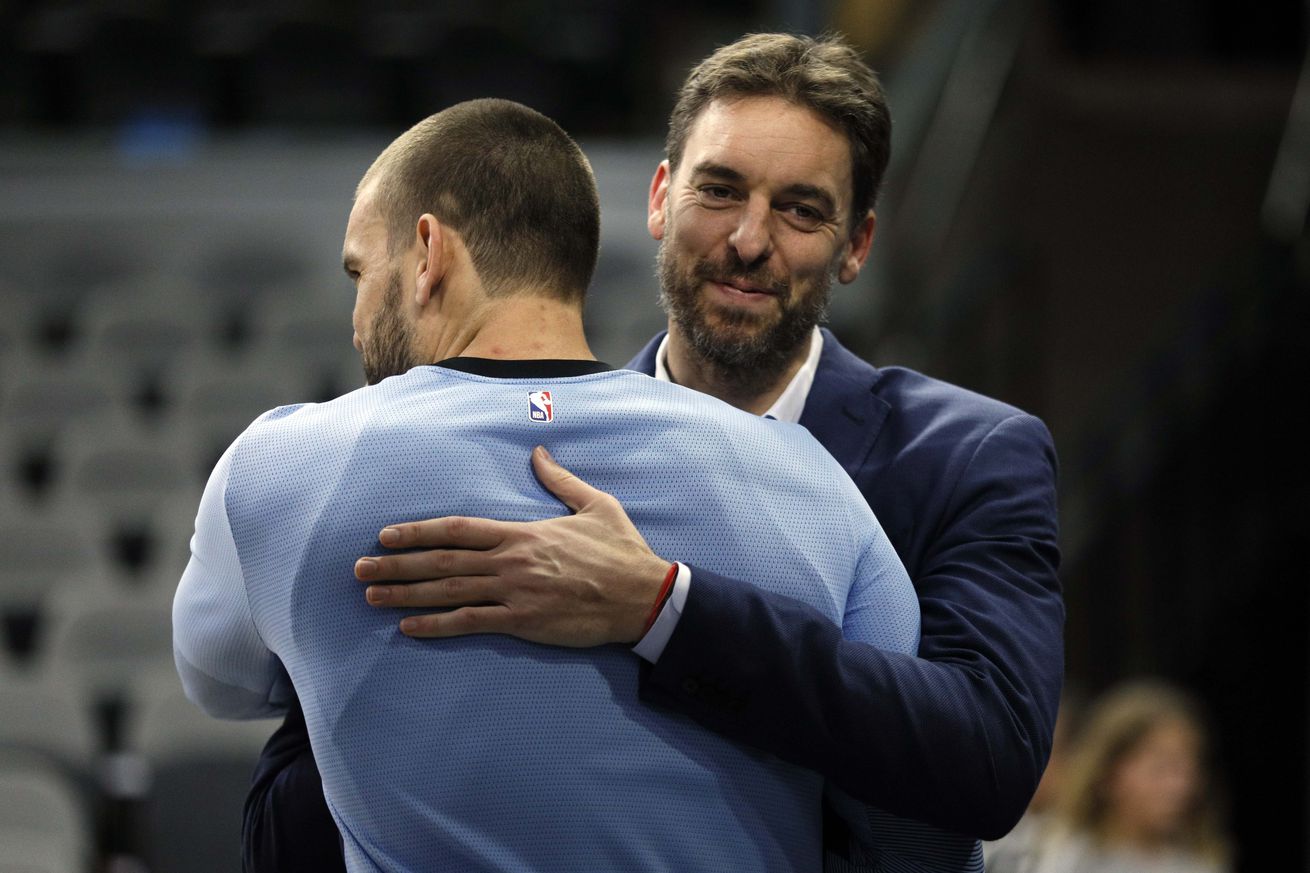 More information is coming out about the Spurs buyout agreement with Pau Gasol, who has signed with the league-leading Milwaukee Bucks. Under normal circumstances, the Spurs would owe him the remainder of this season’s salary plus the $6.7 million he is guaranteed next season, which would remain on their books unless they are able to trade those rights away.

However, Shams Charania of The Athletic is saying Gasol has given $2.5 million back to the Spurs in his buyout agreement to help them with cap space next season, meaning they will now only be on the hook for $4.2 million in 2019-20.

Sources: Pau Gasol gave back $2.5M in his contract buyout with the Spurs to join Milwaukee, lowering San Antonio’s salary cap hit for this season and 2019-20.

$2.5 million is not huge in today’s NBA, but it’s something. It may be the money the Spurs need to re-sign Rudy Gay (although they own his early bird rights), or the little boost they need to bring in more depth next season. It might even make the total amount owed to him low enough that someone else would be willing to trade for the cap hit (although I wouldn’t count on that). Regardless, it is certainly a generous and classy move on Gasol’s part.

The reality is he has been nothing but class the entire time he’s been here. He signed with the goal of helping the Spurs transition from the Tim Duncan era, and he did just that. He averaged 12.4 points and 8 rebounds while shooting over 50% from three for the 2016-17 Spurs squad that won 67 games and was possibly a Zaza Pachulia foot away from a championship. Gasol started the next season well before a shoulder injury robbed him of his production, and an early season foot injury plus the rise of Jakob Poeltl sealed his fate as the third stringer this season.

It was unfortunate timing for him, but his teammates want everyone to know what a consummate professional he was, never complaining and continuing to lead despite his reduced role. As Davis Bertans said:

“He never even complained in the locker room. Being in a tough situation, that was a really professional thing to do. Everybody knows that he wanted to play. It was obvious. The guy was working out every time he got a chance. We are going to miss him definitely. He was a great teammate, always helped everybody, a veteran with his experience. We only wish him the best.”

There are ways the Spurs can make even more of this generous move by Gasol, like using the stretch provision to spread out his remaining salary over the next three seasons, or they may just absorb the hit in one season and be completely free of it by 2020. Regardless, Gasol game to San Antonio with good intentions, gave his all, and left with class. His time here will always be appreciated, and we wish him nothing but the best as his Hall of Fame career winds down.