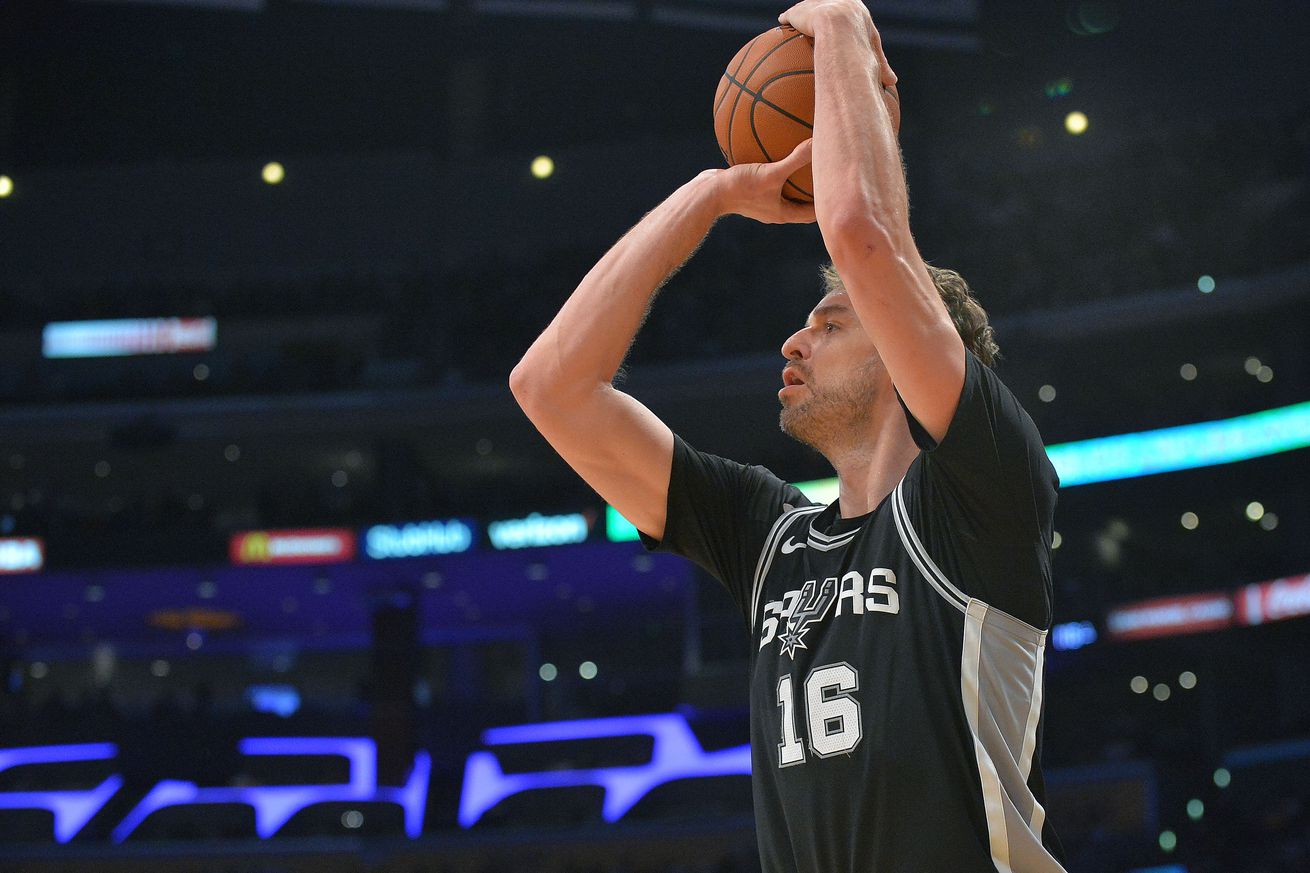 Fortunately there were no serious injuries.

According to Spanish site Mundo Deportivo, Spurs center Pau Gasol was briefly hospitalized in Siena, Italy over the weekend after a bicycling accident.

The Spanish center of San Antonio Spurs Pau Gasol had to go through a hospital this Saturday after a fall when he was cycling in Italy, where he is spending a vacation with his girlfriend, Catherine, and NBA center David Lee and his fiance, Karoline Woziniacki. This is information provided by the newspaper La Gazzetta dello Sport.

All of them decided this Saturday to rent bicycles to go around the city of Siena. Gasol, however, suffered a severe fall and had to visit a hospital. After the tests that were made it was clear that he had no fracture of any kind or any serious injury and that he only had some areas of the room with injuries.

After a few hours, Gasol was discharged from the hospital and traveled to Paris, where he was present in the title won by Rafa Nadal at Roland Garros.

While it’s unclear exactly what injuries (if any) he sustained, he was fortunate enough to get away without anything serious and felt well enough to travel afterwards. He even still hopes to play for the Spanish National Team in the FIBA World Cup qualifiers in September.

Keep enjoying your vacation, Pau, but be careful!