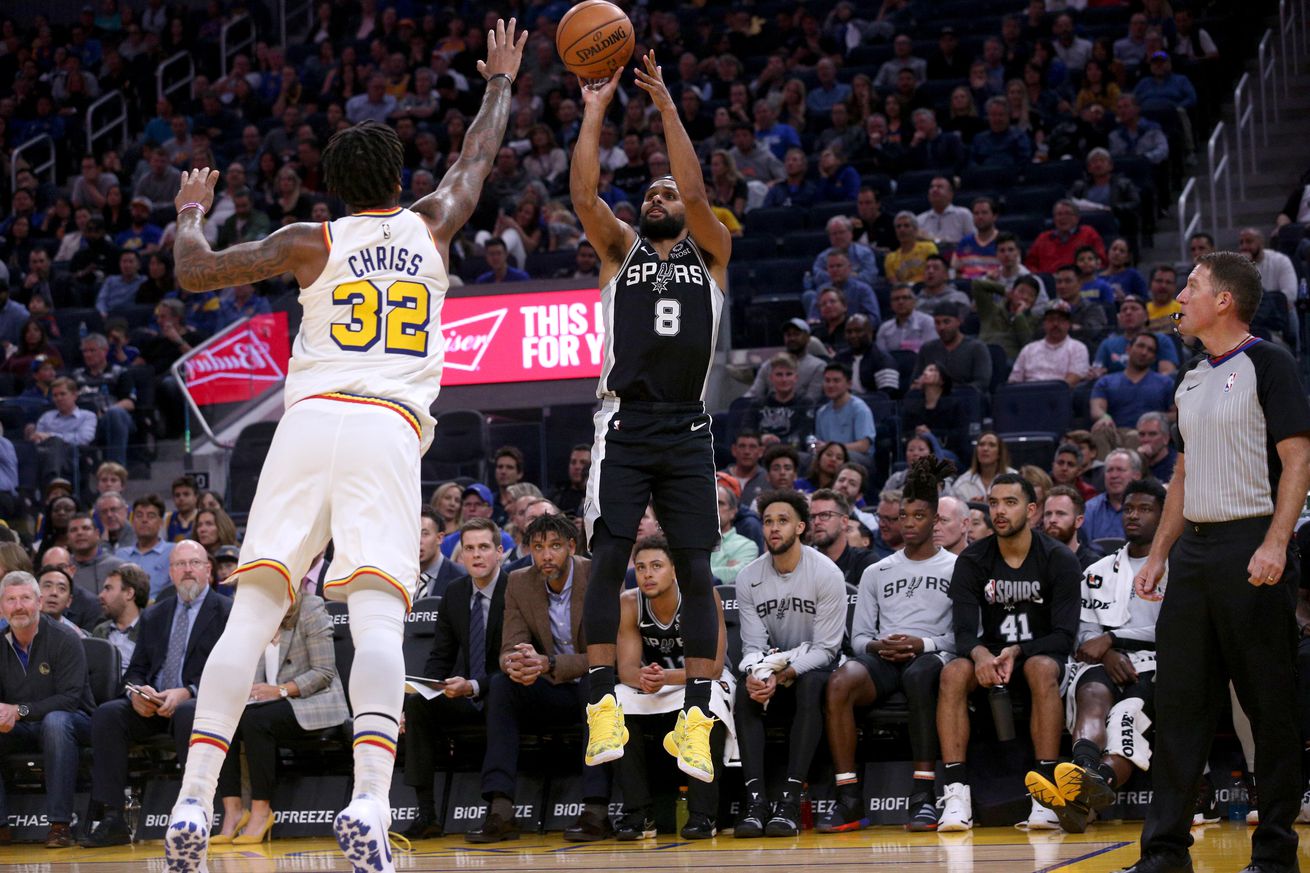 FIBA Patty was ready to roll in San Francisco.

The Spurs’ 127-110 victory over the injury-depleted Golden State Warriors brought back some memories from another era. No, not that era when the Warriors were one of the most helpless teams in the NBA for a good part of a decade, but from right around the time they were getting things together.

It was the end of the 2011-12 season. The Spurs were right in the middle of what would be a 20-game winning streak, had the top seed in the West locked up, and chose to rest everybody who was anybody in the regular season finale against none other than Golden State in their now former arena. Newly-signed guard Patty Mills would go off for a career-high 34-points, along with 12 assists for good measure, in what was beginning for the Spurs’ famous trend of blowing teams out when resting their stars.

Fast forward to their 5th game of the 2019-20 season, and the only thing that’s still the same about this team (besides Gregg Popovich) is Mills himself. The circumstances aren’t quite the same, but with starting point guard Dejounte Murray out for load management, Mills took over the roll of Warriors-killer once again, this time in their new home.

It was the Patty Spurs fans have been waiting for; “FIBA Patty”, if you will. He let the ball fly without a care in the world and led his team to victory, nearly outscoring himself from the previous four games combined (32 points). Mills has always been a lightning bug for the Spurs, and after a sleepy start to their first SEGABABA of the season that also masqueraded as a trap game, he was there to wake his team up when they needed a pinch, just like he always has.