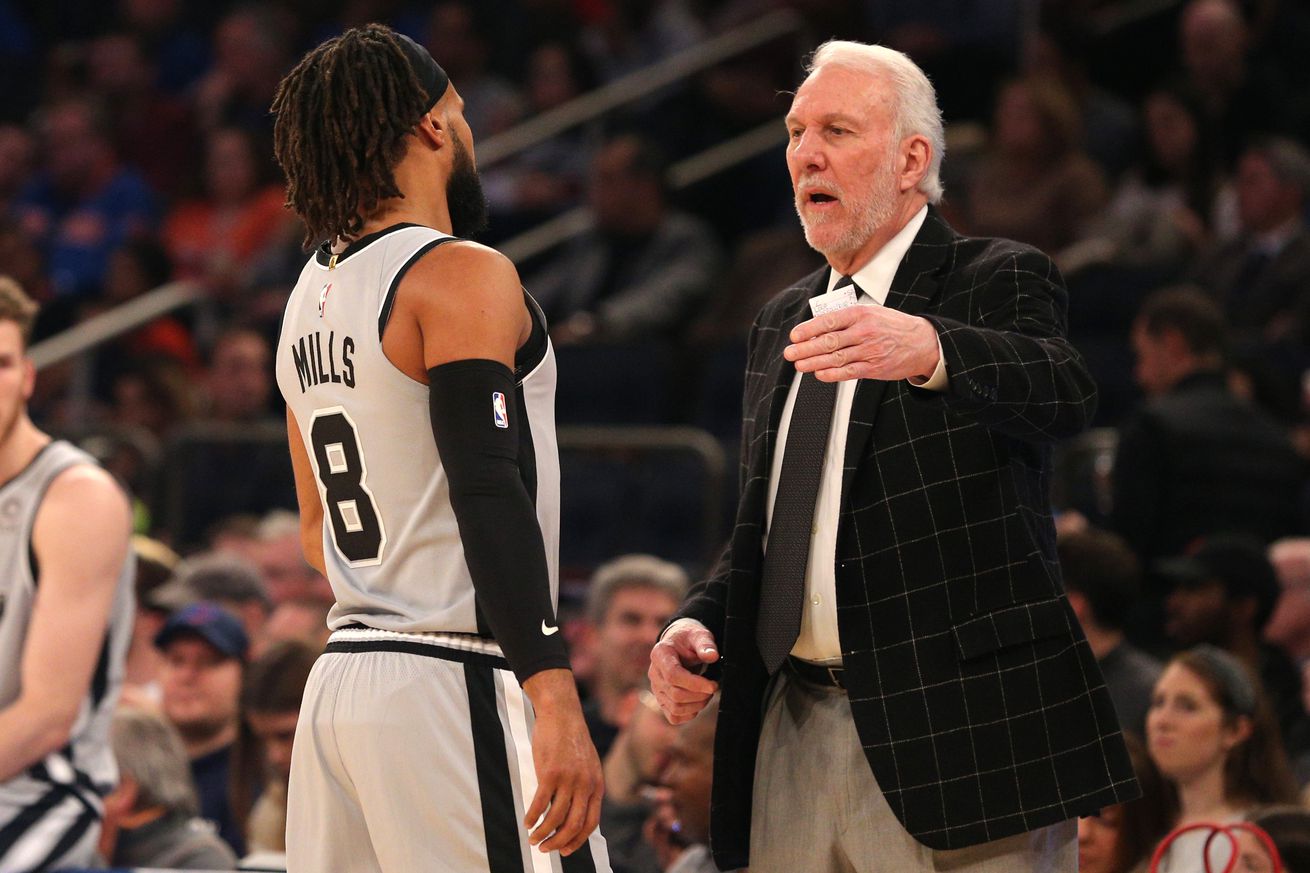 Patty Mills brings plenty of intangibles to the Spurs, and not just on the court.

When we watch the game of basketball or look at stats, we would like to think that we are getting the entire picture of a player’s value to the team. Thoughts such as, “Can he shoot the 3?” and, “Man, this guy can’t defend a lick,” are constantly flowing through our heads while we watch a game, focusing on different players throughout the course of 48 minutes. We even look at how guys react when a teammate falls down, how they cheer their teammates on from the bench, and even how they react when they’re being subbed out of games.

All of these things help to paint a picture of the value a player brings to his team, but it’s not a complete picture. Where are the stats that show how a player is able to connect with his teammates? What numbers can tell us the importance of having a player who can bring his guys together to play basketball on a random January night in a cold city for a more or less meaningless game when they’d rather be doing anything but play basketball?

Patty Mills is that player for the Spurs, a fact that was perfectly laid out in a column written by Ben Mallis for The Pick and Roll, a website dedicated to Australian hoops. Mallis depicts Mills as a flag bearer for the vaunted Spurs Way, the last piece standing with a connection to their memorable 2014 title run:

Gone are Tony Parker, Manu Ginobili and Tim Duncan, the triumvirate who oversaw San Antonio’s dynastic run under Popovich. Kawhi Leonard, Duncan’s heir apparent as San Antonio’s MVP-calibre leader, was jettisoned to Toronto last July. That leaves Mills as the most experienced Popovich disciple, and such a distinction doesn’t just offer a ceremonial designation. The prestige conveys seniority, which itself bestows expectations of leadership and culpability, especially in trying times.

“I definitely feel a lot of responsibility for a lot of different situations on our team, both good and bad,” Mills explained. “More so the bad stuff.”

The article is a great insight into a player that, at times, is under appreciated by fans. It’s easy to say that Mills is routinely targeted on defense or to criticize him when his shot isn’t falling, but it’s the stuff behind the scenes that make Mills so very important to the Spurs and the culture that they continue to make him an integral part of this group going forward.

I encourage you to check the entire piece out.