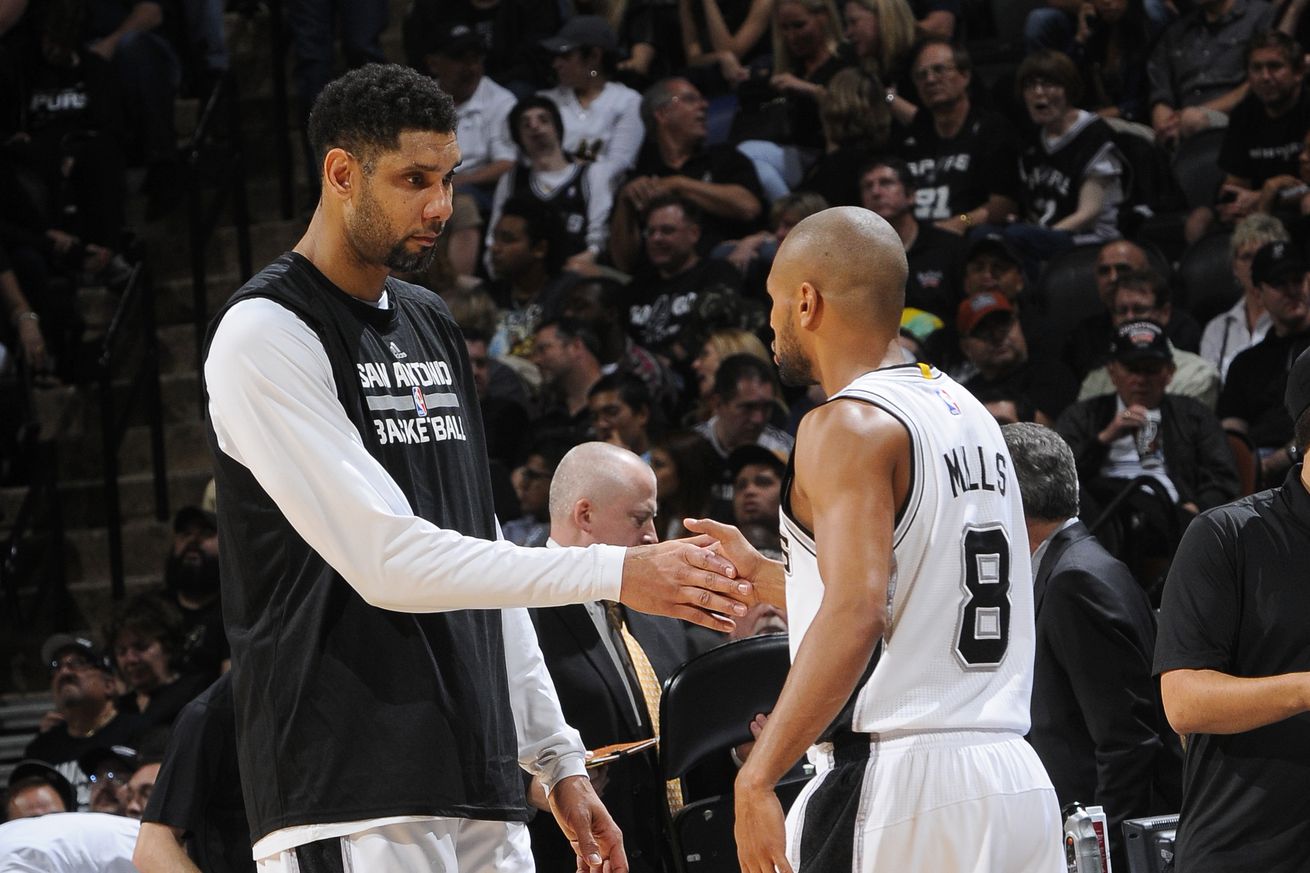 It’s so good to have Big Fun back on the sideline.

Patty Mills is known for a lot things, including shaking all his teammates’ hands prior to the game. Back in the day, his smooth moves combined the awkwardness that was old man Tim Duncan drew some laughs.

However, with Timmy back on the sidelines as an assistant coach for the Spurs, the two are back at it. Thanks to a video by Instagram user Jesus Resto (@resto_realtor), we have a view of what those two are doing on the sidelines now, and it’s not just a handshake, but now that the two have grown out their hair, it’s also a “hairshake”. (Note, turn down your volume if you head headphones in.)

Next challenge for anyone with a view of the bench is to find out if Mills and DeMarre Carroll have a special “hairshake” of their own.