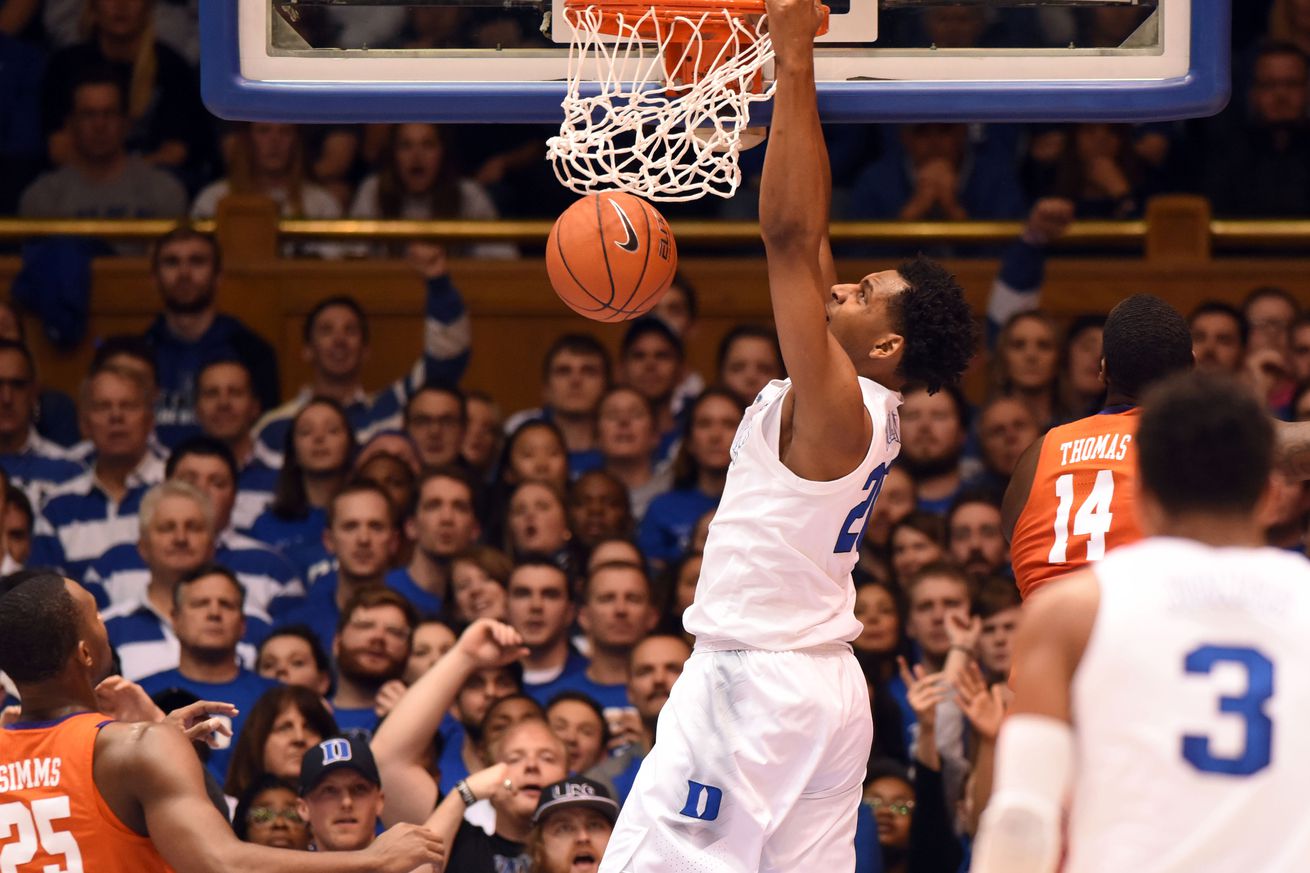 We are just days away from the NBA Draft and the Spurs have been working out prospects for their 19th, 29th, and 49th picks. here is a look at the two big men that have been confirmed to work out with the Silver & Black.

Bruno Fernando, the 6’10” center from Maryland made the Big-10 All-Defensive team and 1st-Team All Big-10 in his second year with the Terrapins.

Marques Bolden, the 6’11” center from the Duke Blue Devils started his college career with an injury. By his sophomore year he backed Wendell Carter, Jr. By his third year Mike Krzyzewski believed Bolden to be one of the top big men in the NCAA.

What do you think, Pounders? What kind of players do the Spurs need from this draft to compete with a Anthony Davis/LeBron James Lakers and a banged up Golden State Warriors? Who else should be garnering attention next season?

Happy Father’s Day to your dads and to you if you are lucky enough to have beautiful children in your life.

Open Threat: Take a look at the big men the Spurs have been working out
Source: Pounding The Rock