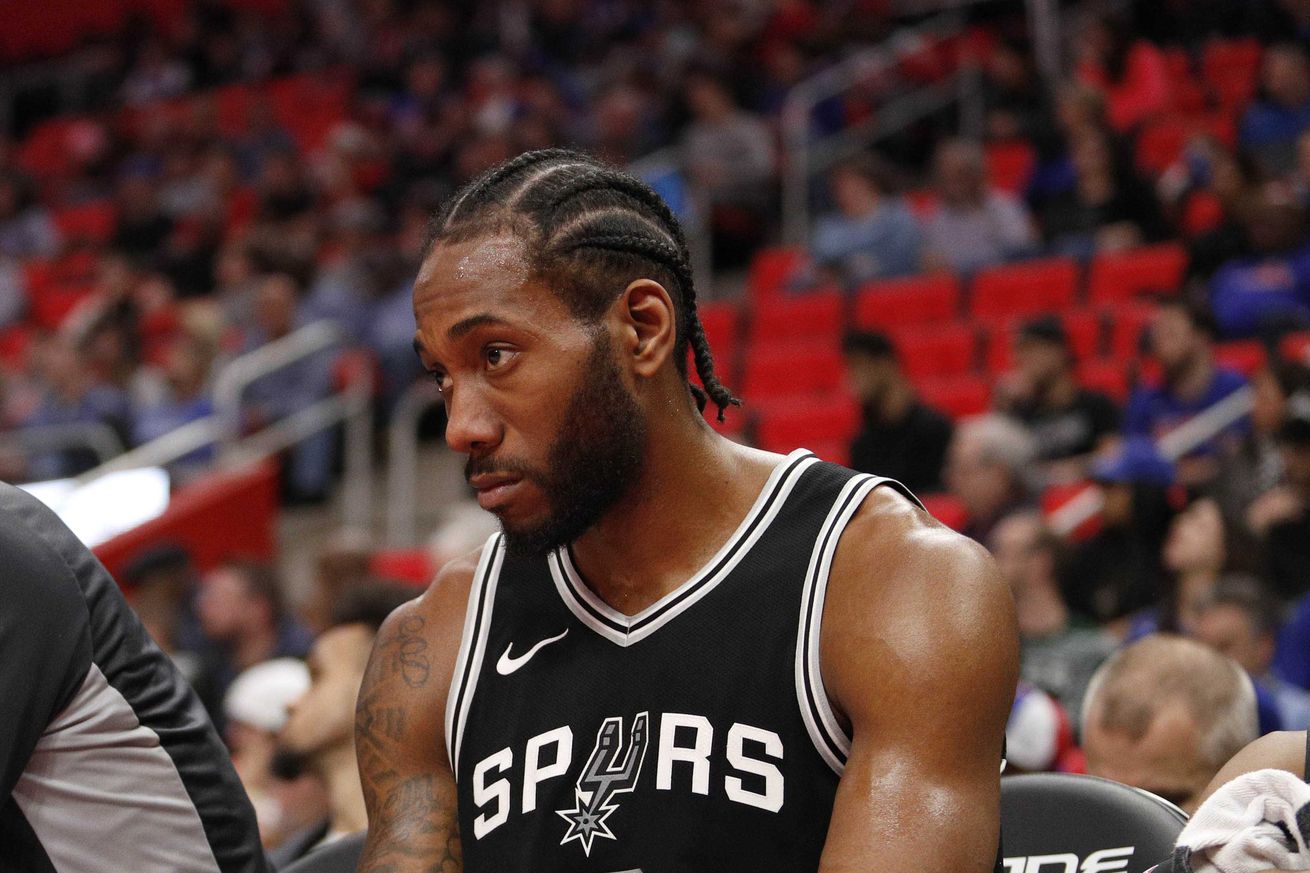 Money is dwindling, faith in him is shrinking, the shoe deal disappeared, what’s next?

I know, I know, yet another piece about Kawhi Leonard. I understand that as Spurs fans we are ready to move on. This piece may in essence serve as the junior high bathroom equivalent of “did you hear my why ex did now?” but when we already know Leonard ignored calls from David Robinson, the questions begs.

Did you hear that Kawhi Leonard lost his shoe deal?

Yes, Leonard turned down the initial four-year $22M extension because he believed he was worth much more. In fact, ever since Leonard returned from China last summer, his people have been focused on getting him more money and better exposure. In response, Nike’s Jordan Brand has decided to release Kawhi at the end of his contract.

So, here’s my question- what if Kawhi actually likes playing in Toronto? Will he, in fact, speak up for himself and stay with the Raptors? Or are his decisions so far removed from being his own that he will simply follow instructions from his own council?

The rumors that started with “league sources” now have a name, and Dennis Robertson (or Uncle Dennis as most of know him) has the reputation of being the man pulling the strings. Ever since knowledge of his existence has been made, Kawhi Leanard’s career has stalled. He has yet to play and was reportedly considering sitting out if San Antonio refused to trade him. Sitting out could have essentially ended his career as he would have forfeited his free agency and been locked out of playing.

Would anyone expect one of the five best players to just sit out? Or stop communicating (even negative communication- a Twitter war, snide comments in press junkets, dis tracks)? How about losing endorsements without some sort of legal issues?

It just doesn’t happen. This whole situation from the moment the first misstep took place is inconceivable without some external issue being at the center of the problem.

The center of the problem here is silence. Lack of communication. Is that really going to be the beginning of the end of Kawhi Leonard’s career?

Could the demise of the Kawhi Leonard brand be avoidable, or is the course so set that there is no way to stop the train wreck ahead?