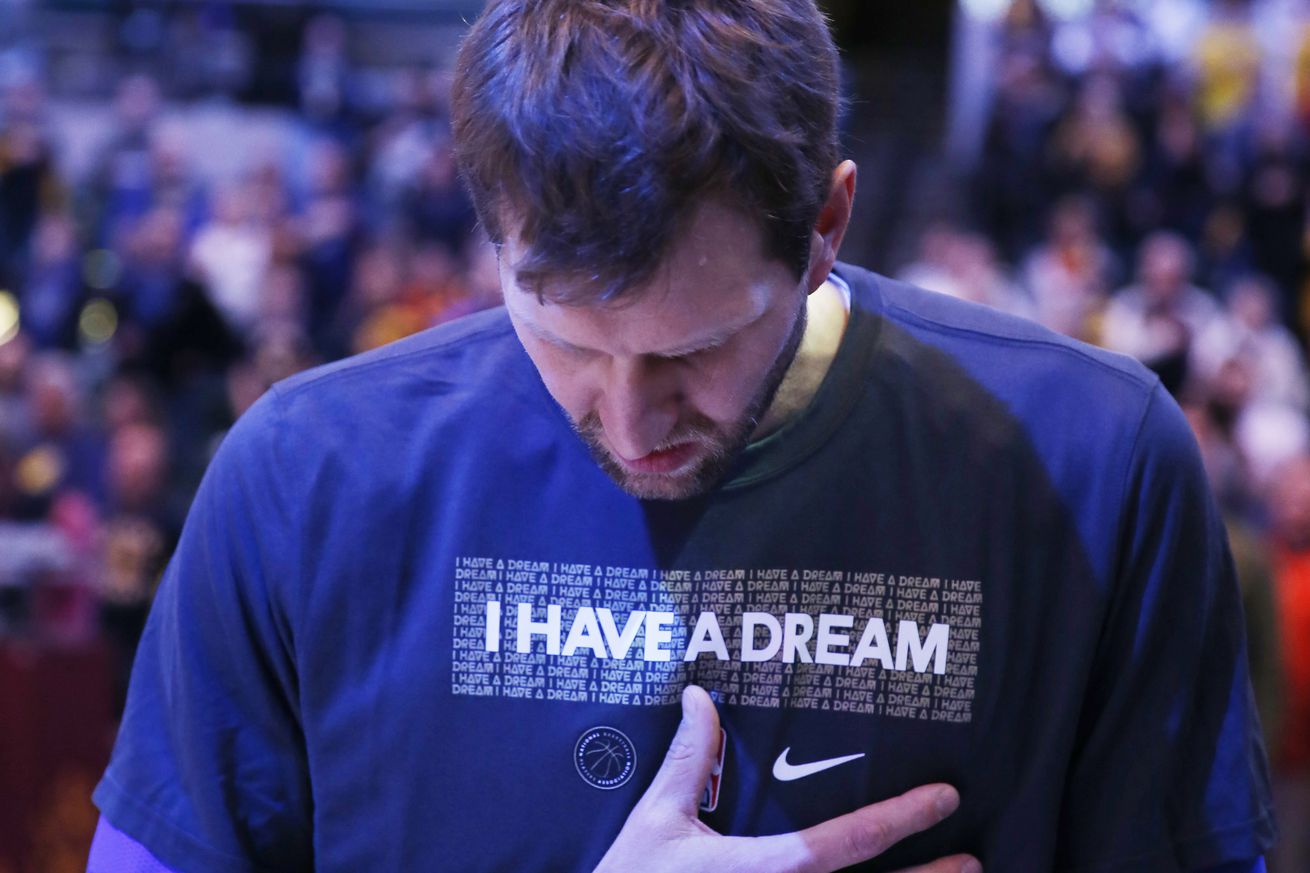 With so much movement in the modern NBA, the era of sticking with one team may be a thing of the past

I got to thinking about this after Tony Parker walked into the AT&T Center in a Charlotte Hornets jersey. Was Manu the last major player to play his entire career with one team? Tony, Manu, and Tim Duncan represent the end of an era. But there is one more.

He hasn’t played his entire career with the same head coach and he hasn’t kept a significant teammate with him throughout his tenure. But he has been in the Dallas Mavericks uniform the entire time.

Odds are he’ll retire this season. And then he’ll be the last significant player to have played his entire career with one team.

The league has shifted. LeBron James had The Decision, followed by The Homecoming, and eventually The Whatever.

Kevin Durant took advantage of a boost in the cap to join an NBA Champion team leaving behind the Thunder fans and team that helped him build his skills and subsequent career.

Kawhi Leonard could have played his entire career in San Antonio and thrived but decided location was more important that building a winning team.

Recently, Anthony Davis has shunned his position as the centerpiece of the New Orleans Pelicans franchise and requested a trade.

Where have all the cowboys gone? Have we seen the last of the Mohicans? Is this the end of the franchise player?

Or will someone surprise basketball fans in this generation?