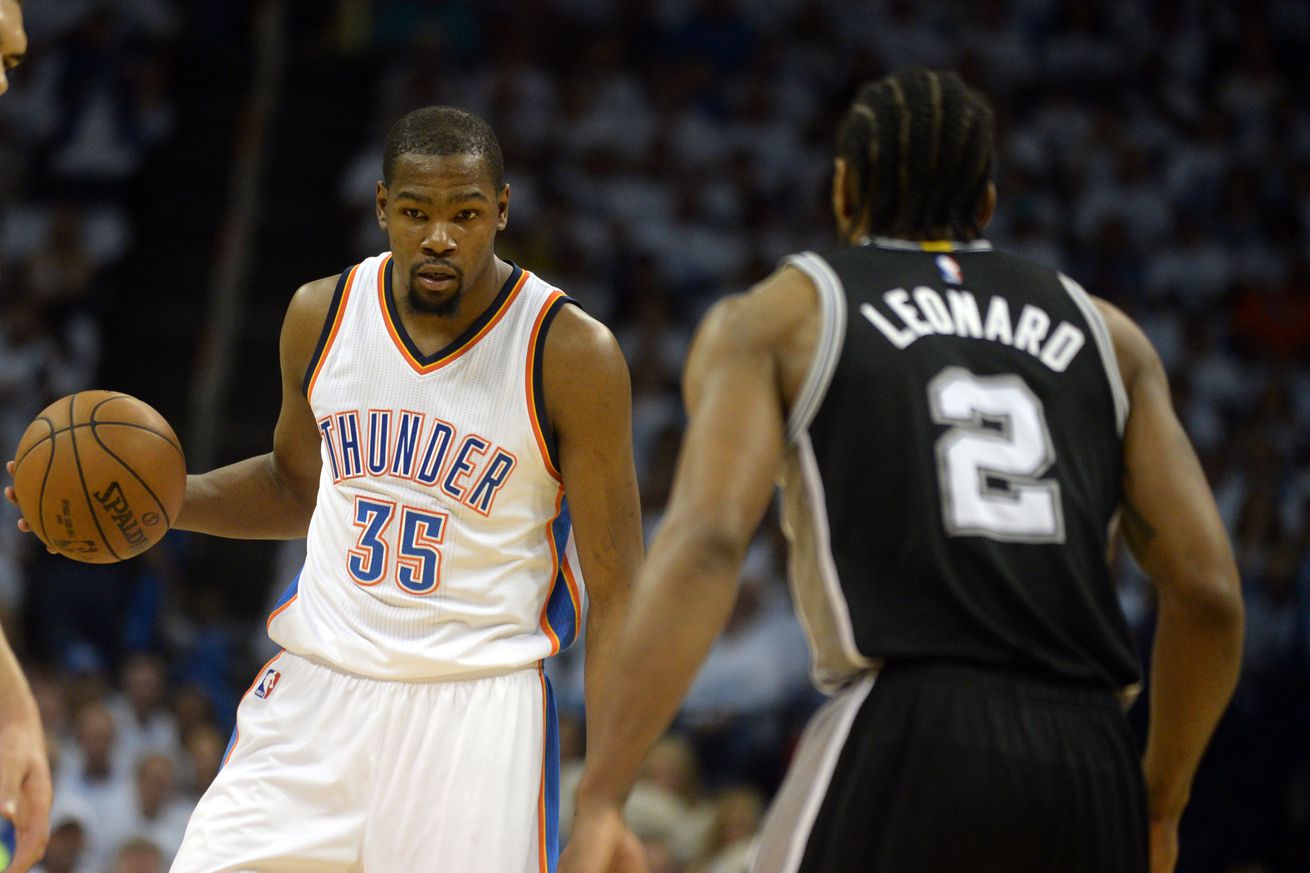 Or is it dependent on the outcome of these NBA Finals?

Rumors of both NBA Finals superstars and previous Finals MVPs Kevin Durant and Kawhi Leonard have circulated stating that each is exiting their respective team this summer during free agency. Both have shown to be fair-weather team members on consistently contending small market teams before finding themselves in their current jerseys.

Is it possible that staying or going is based on the outcome of the NBA Finals? Will Kevin Durant really leave a three-peat Championship team with a chance to extend that legacy? Or has his injury already defined his role in this series leaving him the opening to leave without being the team’s top player?

And the same question goes to Leonard? Will he stay in Toronto if he and the Raptors bring their first NBA title? Would he forego the opportunity for a back-to-back while every other NBA top tier player is in some sort of rebuild?

Without a doubt, Kawhi Leonard carried his team through some of the roughest patches during the postseason without significant help. Had the Raptors lost to the Milwaukee Bucks as it appeared during the first two games, Leonard’s exit looked imminent based on his lack of team support. But now, his team is finding their footing and have a chance to upset the All-Star loaded Warriors.

Is the rousing chorus of “Should I Stay Or Should I Go” limited to the player who fails to win four games this round?

Is there a chance both go no matter what happens?

[On a personal note, I have curated a music festival showcasing San Antonio acts. Sounds of Alamo City takes place this afternoon Sunday, June 2nd at Sam’s Burger Joint starting at 2:00 p.m. featuring my band The Gunslingers play at 4:30, River Barons at 3:15, and solo performances by Laura Marie, Sierra Lynn, Larry D. Moralez, and Jeff Jacobs kick off the afternoon. We are all currently part of the City Council Local Music Spotlight Program, which has brought the City of San Antonio’s Arts and Culture as a partner. It is an afternoon, family-friendly event. Tickets cost $5, or you can write me and I’ll sneak you in the rockstar door. Hope to see y’all there.]

Open Thread: Who is more likely to relocate next year- Kawhi or Durant?
Source: Pounding The Rock