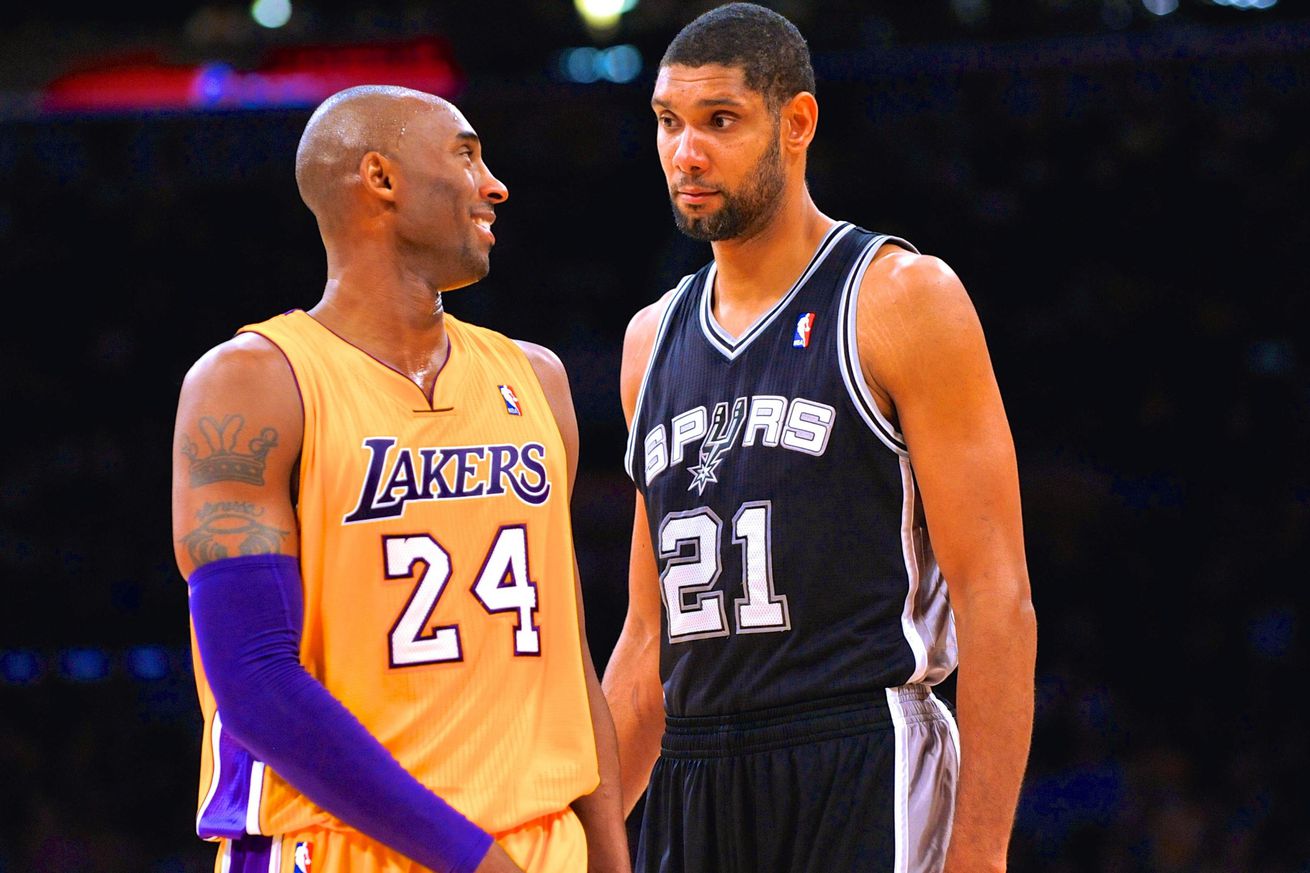 Several Spurs greats get pitted against other NBA legends to determine who had the better career.

Not too long ago, Yahoo! Sports was one of the better sites for NBA content of a wide variety. It provided hard NBA news, solid game recaps, and had plenty of B-plus or better writers to create solid, enjoyable content. I especially loved Kelly Dwyer and his Ball Don’t Lie articles. They were humorous and generally unbiased while also providing some good basketball reading.

That’s why it was highly unfortunate when in the summer of 2017, there were several layoffs when Verizon took over Yahoo!, and Dwyer was unfortunately among the casualties. Ever sense then I have scarcely visited Yahoo’s NBA page anymore because it just isn’t that interesting. It’s mostly just NBA news with a little of its own content here and there and plenty of links to articles on other sites. (I’ve even seen links to PtR before!) In other words, it’s not longer a hub for unique points of view.

However, Ben Rorhbach has been doing an interesting series for them lately, and that’s comparing the careers of different NBA stars who possess similar qualities in one way or another to see whose was better (which mind you is different than who is the better player). They’re the type of comparisons that often can’t be hatched out between fans because there’s too many arguments to be made for both sides. In this case, several factors were used to determine the winners, including how they performed in their primes, the apex of their careers, clutchness, impact on basketball culture, and hardware.

Surprisingly, half of series already features former Spurs. (Who knew Spurs stars had such an impact?) You’ll have to read them to find out who wins, but here’s some excerpts to get you started:

Bryant was not the undisputed best player on a contender until Year 12 of his career. By then, Duncan owned three Finals MVP trophies. We can argue whether Duncan was graced with better teammates for the entirety of his career, but Duncan also helped establish the culture that cultivated and kept those teammates. (For the record, six other Lakers made 13 All-Star appearances from 1998 to 2015, while three other Spurs made 11 All-Star appearances during that same span.)

Gasol was quite clearly the second-best player on back-to-back champs. Ginobili was San Antonio’s second-best player on the 2005 title run, third-best in 2007 and further down the pecking order in 2003 and 2014. Still, I think you would trade a few more All-Star selections and All-NBA bids for a couple more rings. Ginobili certainly did, willingly accepting a sixth-man role and less minutes to get there.

Robinson is perhaps one of the most underrated players in NBA history. His chiseled frame and the grace with which he moved made him appear invincible. Overshadowed by his complementary role on the first two of San Antonio’s five title teams is his assault on statistical norms prior to Duncan’s arrival. His career-high averages of 29.8 points, 13 rebounds, 4.8 assists and 4.5 blocks are all remarkable, and to be the best player on a team that won 60-plus games is no small feat, either.

Now that you’ve read all three articles in full and totally didn’t skip to the end just to see who won in each case, do you agree with the end results? Are there any other comparisons you would like to see? Personally I would enjoy a Chris Paul vs. Tony Parker segment just because that was always a hot topic for debate during their primes and falls in line with this type of debate (which looks beyond talent and numbers alone), but Paul vs. Isaiah Thomas (the Detroit Bad Boy one) has already been done. Hopefully Tony gets an article eventually, and if he does who should he go up against?

Feel free to discuss that or anything else below, and below are the other available entries if you’re interested.

Open Thread: Who had the better NBA Career?
Source: Pounding The Rock