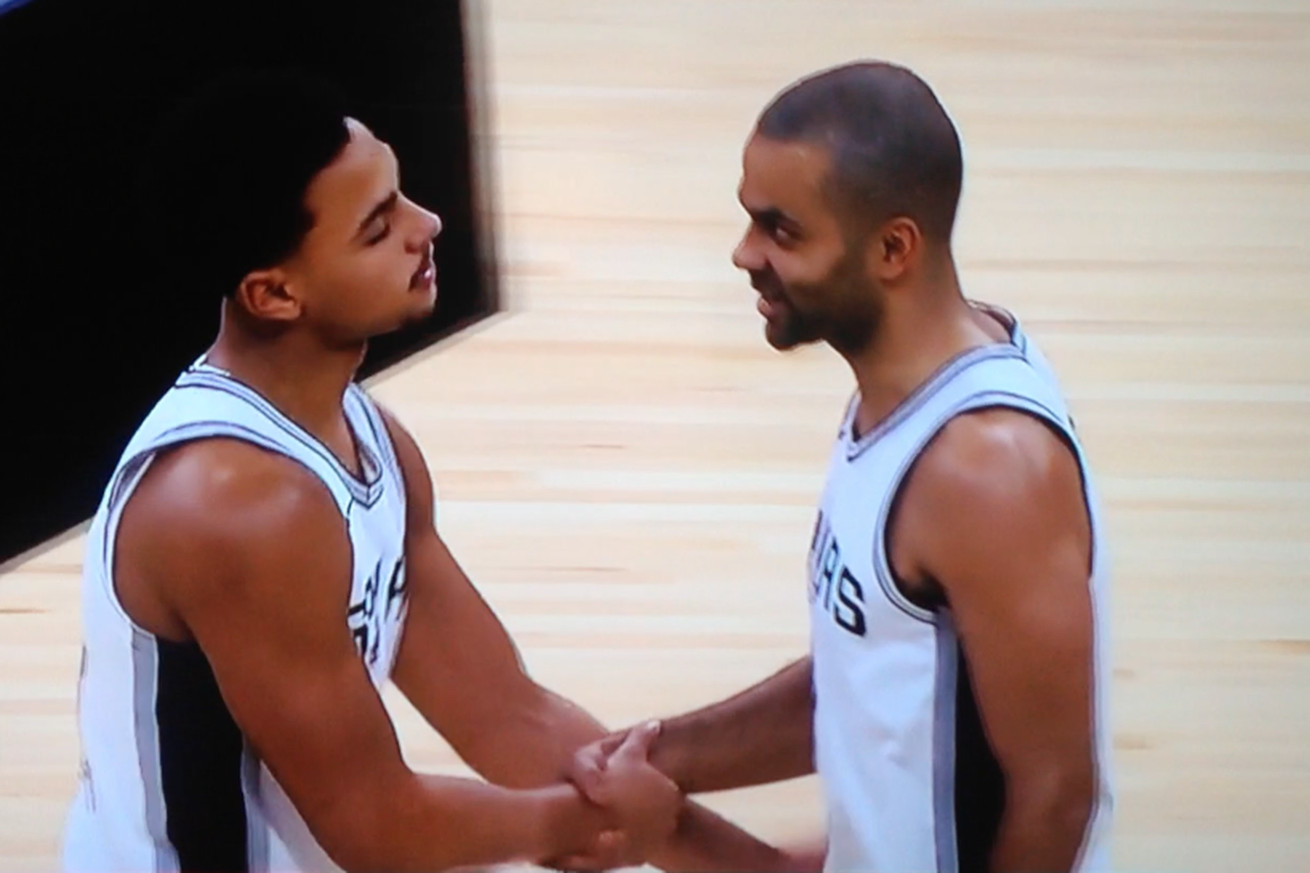 How a culture can be defined by a reaction to a simple mistake.

In Monday’s Spurs win over the Clippers, at the 7:15 mark of the 4th quarter there was a moment. Bryn Forbes pulled down a rebound and led a fast break before being called for charging while trying to set up Brandon Paul for a corner three — which is not a bad play. Sean Elliott was quick to point out that he had Tony Parker available. Having gone to TP9 would have been a stronger play.

The error in judgement was, in fact, a teaching moment. Not only did Parker conference with Forbes, but Rudy Gay gave him some encouragement. That single moment exemplifies The Spurs Way. No one barked, blamed, or pointed fingers. Pop didn’t have to pull the young guard for a talking to. They simply explained what to do next time, patted Bryn on the back and moved on.

Forbes makes an error on the fast break, but the vets give him support pic.twitter.com/lezz1Ap5uo

It’s moments like these that make me proud to be a Spurs fan.

It’s Tuesday, December 19, 2017. One year ago last night San Antonio celebrated Tim Duncan by retiring his jersey and immortalizing him in the rafters. Last night, Los Angeles honored Kobe Bryant by retiring one of his two jerseys.

Spurs are now winners of 10 in a row at home and heading out on a road trip.

Kawhi’s run of double-digit scoring came to end last night. Will The Klaw care? I know some of us fans do.

Lots to talk about in the Spurs community. The Thread is open for comments, questions, or your very own conversation starter. Thanks for joining us.