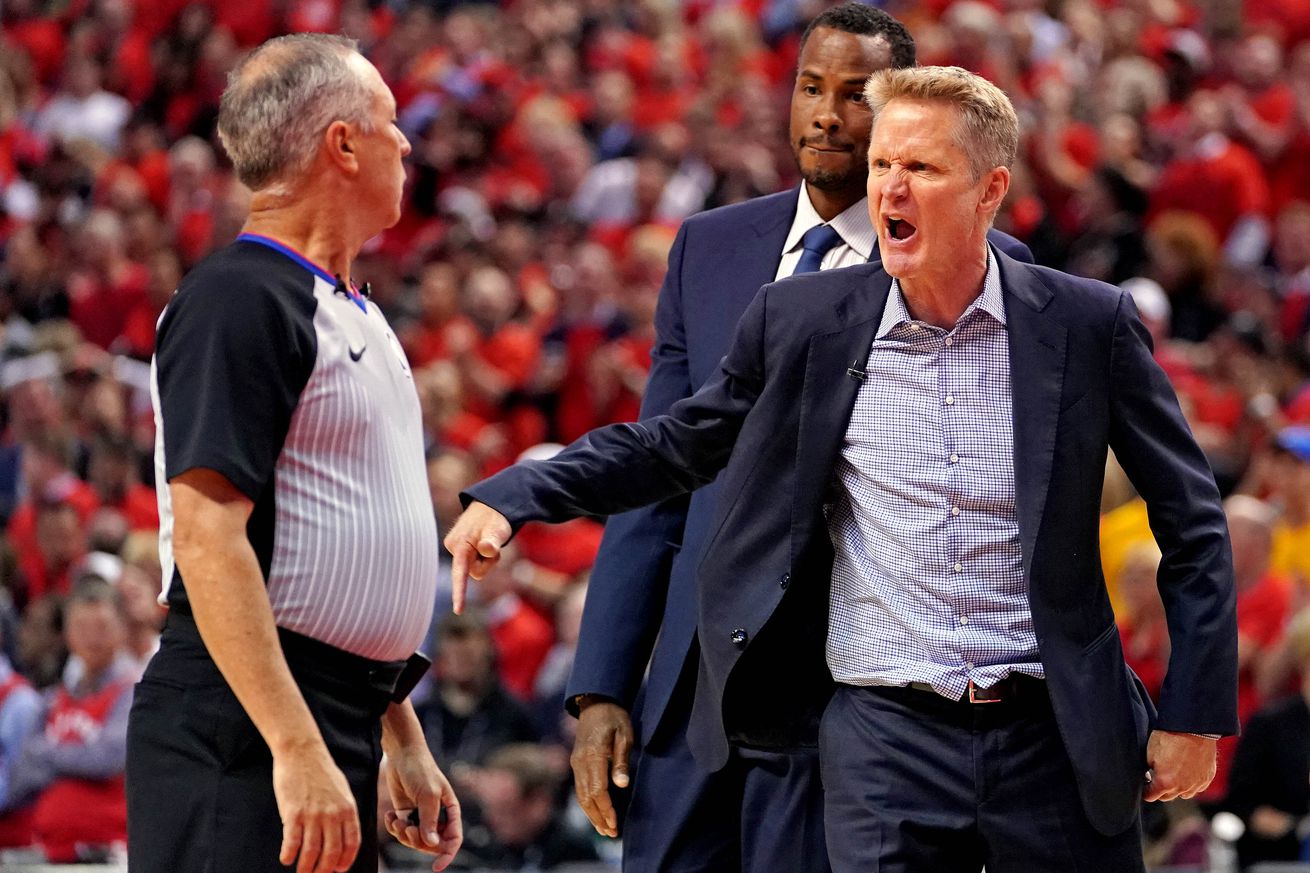 It;s not over yet,,,we’re heading back to Oakland

First off, kudos to Kevin Durant for making the effort. If he had led the Warriors back for three games into a championship he’d have solidified his legacy as well as defining Golden State’s inability to win a championship without him.

DeMarcus Cousins, try as he might, was unable to let the Raptors win their first title last night. Two goal tends and an offensive foul on the Warriors last possession (wiping out their “foul to give” opportunity away almost solidified his legacy as bad luck. Alas, the Splash Bothers stay alive to fight another day.

And then there’s Draymond Green, who is one technical foul (or five obscenity-laden tantrums) from sitting out yet another NBA Finals game. We all remember how that worked out for him last time.

Speaking of, did you think Steve Kerr deserved a technical foul after he laid into the refs after Powell’s clear dunk?

I’ll tell you one thing, if Kawhi Leonard had played the entire game like he did for his 10-point run, there would have been no chance for the Warriors altogether.

So what do you think, Pounders? Will the Warriors take a stand on their home court and make this a series? Or will the Raptors regroup and win on the West coast?

Have we seen the last of Kevin Durant and Kevon Looney?

Who will step up for Toronto in Game 6 and make the difference?

Open Thread: The Spurs take on Game 5 of the NBA Finals
Source: Pounding The Rock