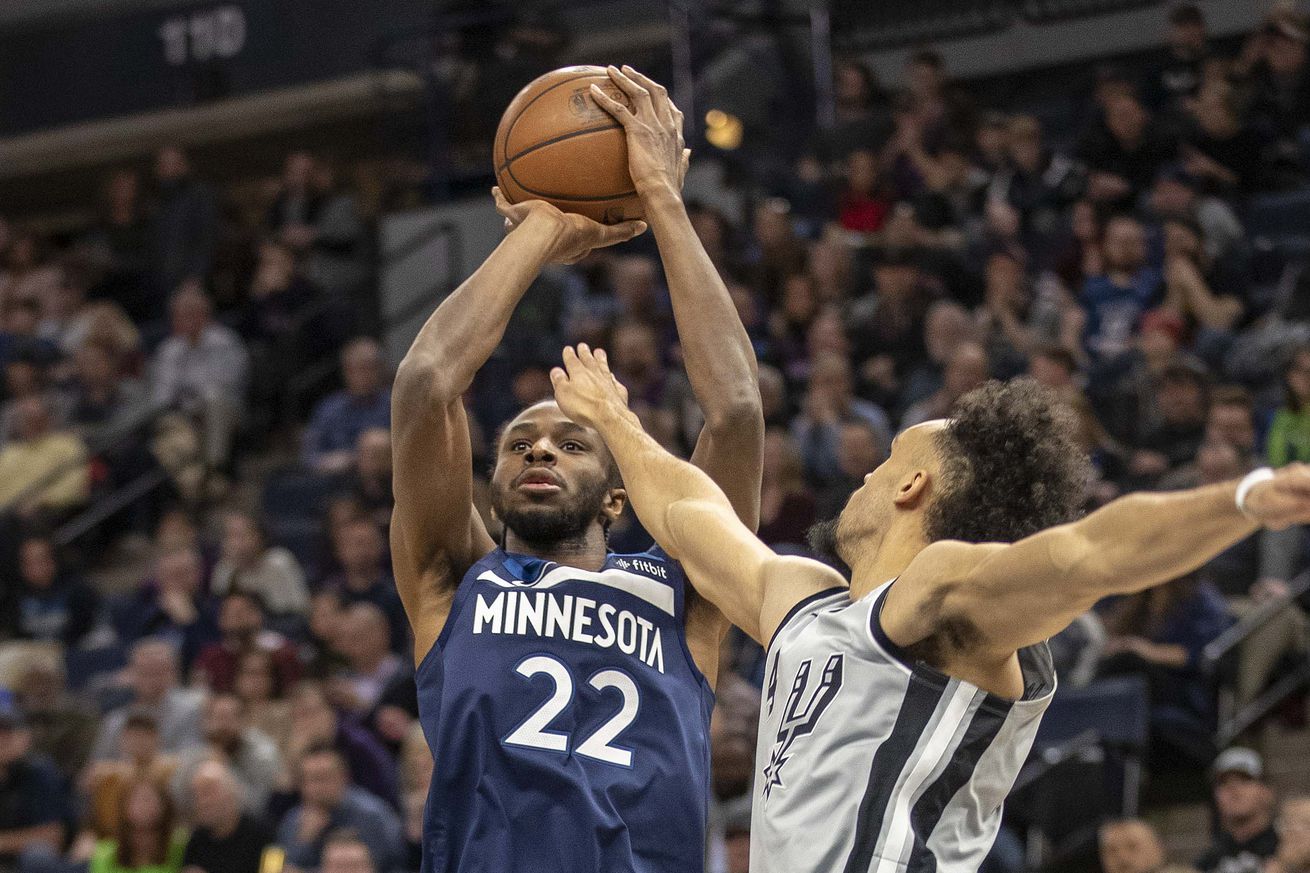 Filling the hole at the small forward position with a player with unrealized potential.

Friday night the San Antonio Spurs played the Minnesota Timberwolves in Minneapolis and at the top of the telecast Matt Bonner and Dan Weiss mentioned that Andrew Wiggins’ star is in decline. Statistically speaking, he is shooting a career low 40%. His points per game peaked two seasons ago at 23.6 and has since dropped almost 6 points.

From a San Antonio perspective, he always seems to be struggling when playing the Spurs. And if Jimmy Butler has any credence, Wiggins was not a great teammate.

Is it me, or does Wiggins reek of a player that would thrive under Gregg Popovich?

The Spurs could use a small forward, and Wiggins is in dire need of some direction that will save him before his 5-year/ $148M contract becomes a cautionary tale.

What does Minnesota need? To rid themselves of a long contract, get a new head coach, and focus on a partial rebuild around Karl-Anthony Towns.

The Spurs can help.

Trading Patty Mills and Pau Gasol gives Minnesota a waive on Pau’s final season and a back-up point in Patty Mills. That’s a lot more room to bring in a free agent.

The Spurs eat the 5-year contract, but their future is locked in. With a young, solid core, the Spurs are looking more set for a serious title run in the next couple of seasons.

LaMarcus Aldridge’s contract is about to be up. Having Wiggins, DeMar DeRozan, Rudy Gay, and Dejounte Murray as starters (with Derrick White, Bryn Forbes, Davis Bertans, and Jakob Poeltl off the bench) might convince him to take a smaller paycheck in pursuit of a ring. Adding Pop into the mix makes the deal sweeter.

It’s a lot to bank on, but the Spurs might be the only team able to take this version of Andrew Wiggins and make him the small forward everybody wishes they had. After all, they’ve done it before.