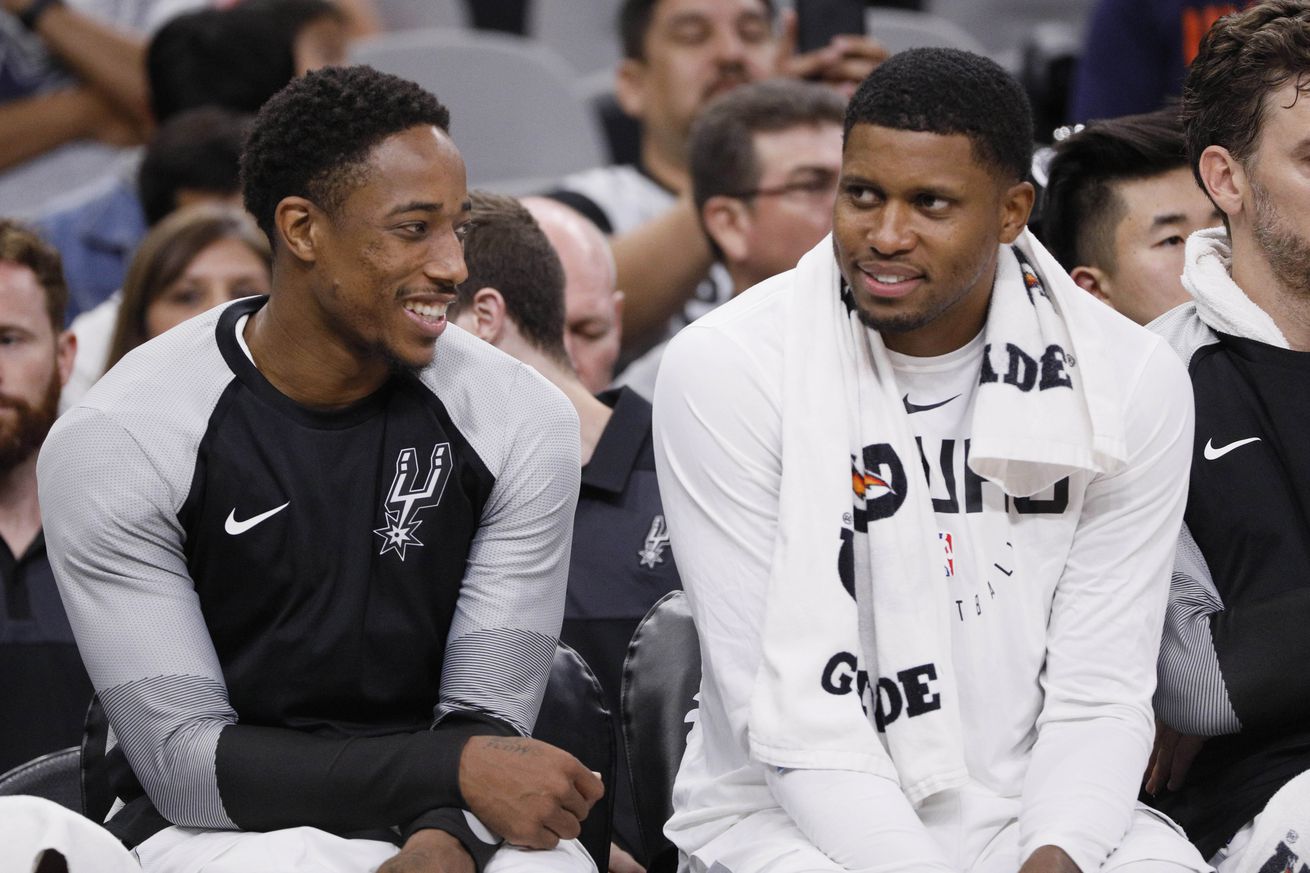 The Spurs starting line-ups have been very telling of the injury situation in San Antonio this season. For starters, there is no Dejounte Murray. It’s been so long since we’ve seen him play that I now have to remind myself that he is in fact still on the roster. At the top of games on Fox Sports Southwest, Bill Land no longer even mentions it during the Methodist Healthcare injury report. He’s still there in the graphic, but unless you’ve been living under a rock, you’re already in the know.

So now you have Bryn Forbes in the starting five. The same Bryn Forbes that was scheduled to back up Patty Mills this season. An entire “what if” can hinge on “what if Dejounte Murray had torn his ACL before free agency? Would Pop have let Tony go? And would Bryn have been the fourth man behind Parker, Mills, and Murray?” As it stands, Forbes has been allowed to shine and it honestly couldn’t have happened at a more necessary time.

Set that aside for a moment. Pau Gasol spent 2⁄3 of the season out with an injury thus far. Last season he started alongside LaMarcus Aldridge. He’s started the last couple of games as well. But in his absence Pop has used Dante Cunningham or Derrick White. Both players push LMA into the 5 spot.

So these last two back-to-back losses have one thing in common: The Spurs starting line-up is 3 guards and 2 guys who predominantly play center. There are no forwards on the floor.

While Derrick White is developing nicely, he’s forcing DeMar DeRozan into the small forward position. During that last home-to-home against the Oklahoma City Thunder, DeRozan was paired against Paul George. There isn’t a Spurs fan who wouldn’t want to see both of those games with PG13 being covered by Rudy Gay.

Gay’s presence has been missed. Leaving DmDr against a bigger, stronger forward at both ends of the court is wearing him out. The man who has been baring the greatest load for the Silver & Black is being tasked with even more exhausting assignments.

Not that he can’t handle it, but wouldn’t having Lonnie Walker available been a real asset to the bench in these Rudy-less games? I know the absence of Marco Belinelli brought Cunningham out of garbage time.

It’s just a theory, but I think seeing Rudy ay on the floor will alter DeRozan’s role just enough get him back to his awesome self.

Hopefully that theory will be tested tonight in Dallas. He has been listed as PROBABLE.

Rudy Gay is PROBABLE to play in Wednesday’s game at Dallas.

Walker IV and Metu are OUT, because they’re with Austin.

I’m listing it as HOPEFUL.

How do you fell about tonight’s game?