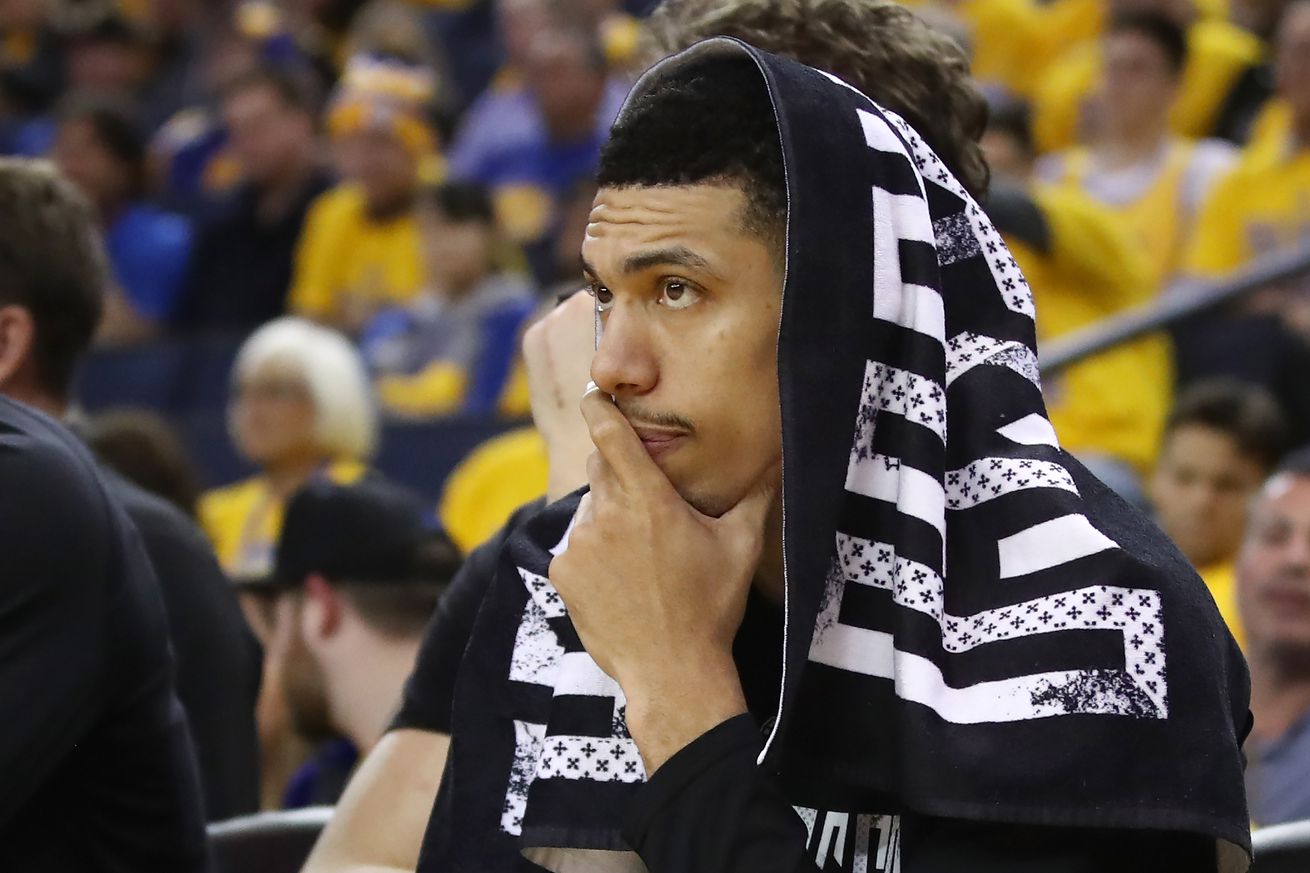 There’s something about loyalty that was overlooked in the trade with Toronto.

I have to admit, I view Danny Green from a particularly unique perspective. Unique because I had skipped out on basketball for about a decade. I was living in New York and had no interest in the Knicks and had strayed so far from Spurs fandom that I had to be told by someone who knew I was from San Antonio “you know the Spurs are in the Finals, right?”

In fact, I didn’t. So I rigged an antennae to my rusty TV and watched each game of the 2013 NBA Finals. I found it comforting that the quartet of Gregg Popovich, Tim Duncan, Tony Parker, and Manu Ginobili were still present. But who was this Danny Green? The guy hit a record-setting twenty-seven 3-pointers in that Finals.

I took a crash course in the Spurs which included a dozen books, a lot of Hardwood Classics, and a move to San Antonio to reintegrate into the culture. I rapidly became a Danny Green aficionado, but honestly, I didn’t trust him. I was thrilled to see him win the 2014 title and expected that as soon as his contract was up he would get an offer from a larger market that the Spurs could not afford to match.

I was wrong. During a bullish market he stood by is team and took probably $20M less than he could have made had he tested the waters. And that was where Green earned not only my appreciation, but my respect.

Ever since, he has taken a hit from pundits on his declined 3-ball. I heard him state in an interview when a reporter asked him about the percentage drop that all Pop wanted was for him to play defense and everything else was a bonus. That was the perfect response, because it was true. It not only said he had support from the franchise, he was doing exactly what was necessary.

So a month ago, when the word came that the Spurs were finally ending the dumpster fire set ablaze by Kawhi Leonard’s injury management, I found myself punched in the gut to find Danny Green had become collaterally damaged. So glad to end the Kawhi drama, but I loathed that a player that offered so much to his team was being shipped like a sidekick.

Green, a man who had given so much to a team that historically takes care of their players. He was seemingly sent to sweeten the deal for taking the unpredictable Leonard, if not just to match DeMar DeRozan’s salary.

This hit to the roster will probably be the most examined as Green finds his stride in Toronto. Will he thrive with the Raptors and make the Spurs look like they lost a key player? Or will it be revealed that PATFO made a key move just in time?

It will take an entire season to get an answer, and even then, it may not be the complete picture.