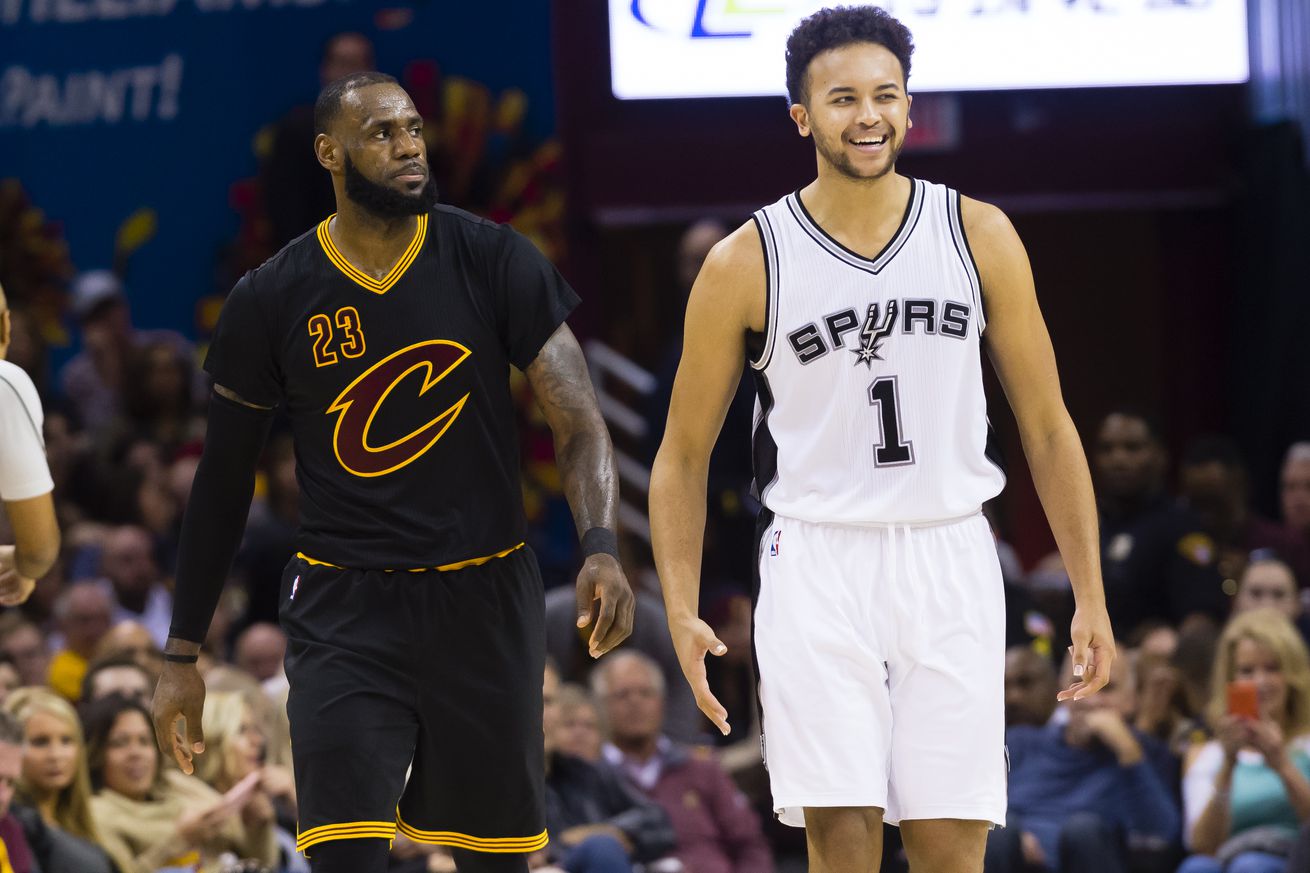 With so much change, fans may not have really noticed his departure

After reviewing the Spurs 2018-19 schedule and looking at ket games and match ups, I felt myself mourning for the loss of Kyle Anderson. I hadn’t really given his exit from the roster too much thought as the announcement of his offer in Memphis came and went. But really, of all the changes coming to the Spurs this season, I believe Anderson’s absence will hit the hardest.

The Summer of Kawhi really mowed down any real discussion as to the most disappointing changes the Spurs faced during the offseason. Leonard, the once “future” of the franchise, left many fans with emotional trauma. His egress has been the most ridiculously handled event in recent franchise memory, and you really can’t blame PATFO on almost any level. Obviously, as a superstar, losing Leonard will arguably have the greatest impact. But considering his limited participation in the 2017-18 season, the effects were felt while he was still on the roster more so than now that he has been traded.

Ridding the Spurs of the 2014 NBA Finals MVP came with a price — Danny Green. Unfortunately, Green’s best season’s are behind him and less likely to return. Had he stayed with the Spurs, he might have found himself coming off the bench this season in much of the same manner as Tony Parker found himself last season.

And of course there is quite possibly the most emotional hit to the Spurs, Tony Parker to the Charlotte Hornets. Many fans wanted to see Tony ride off into the sunset in a Spurs jersey like Tim Duncan had. The difference was Tim Duncan never put an expiration date on his career. Parker has stated he wants to play 20 season. For those who are counting, he needs three more. Being bumped from the starting lineup to end of the bench over the course of the year was more movement than Parker was looking for. He wants to continue to play minutes and have an impact. Unfortunately, the Frenchman has never taken a vacation from balling. He has spent most of his offseason competing overseas with his home country. The extra mileage has not been great for his longevity and only he seems to believe he has the 246+ games left in the tank.

I’m not even going to argue for Brandon Paul, Joffrey Lauvergne, or either of the two-way players whose time and impression were finite, which brings me back around to Anderson. Yet another soft-spoken Spur who played his role. Many believed he did not develop as significantly as he should to warrant a starting position. Under the circumstances of Leonard’s injury and subsequent management, Anderson was arguably the most significant player on the Spurs roster behind LaMarcus Aldridge last season. And for what it’s worth, his 4-year/$37.2M contract was a steal when compared to Patty Mills.

Offensively, he hit well but didn’t shoot often enough. Defensively, he kept players heads spinning. And then of course, there’s this:

In my opinion, Anderson is the one to watch over the next years. Many viewers will then see he may have just been the one that got away.