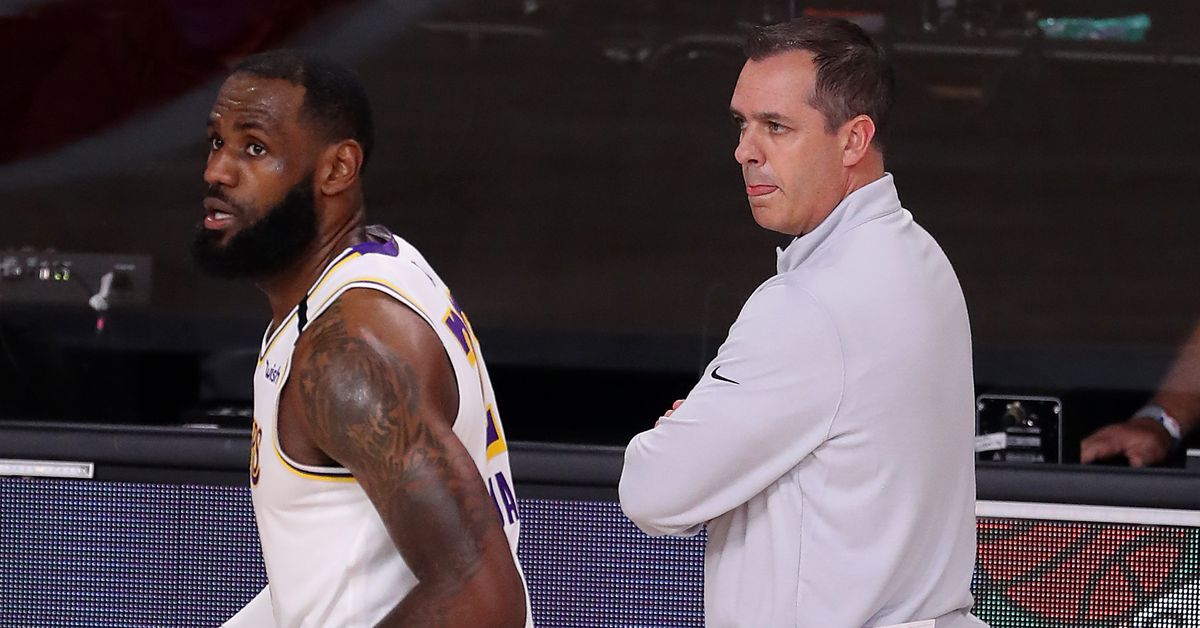 There is no denying LeBron James is a force with which to be reckoned. Since his first exodus from Cleveland, he has been attempting to build the perfect beast with varied results.

In the truest sense of David and Goliath, a young, untested Denver Nuggets team built from the ground up is now facing a team of tried-and-true NBA champions who’ve banded together to bring another into the fold. The behemoth constructed under the watchful eye of King James has had very few hiccups while restoring the good name of the franchise with the second most NBA Finals wins in history.

But what many might remember were the rumors floating since way back to the beginning of the season that Jason Kidd was brought in as an assistant coach to appease LeBron James and head coach Frank Vogel’s time in the city of angels could be as limited as David Blatt’s were in Cleveland.

Well, things appear copacetic for the top seed in the Western Conference, and a healthy Game 1 win even had Charles Barkley predicting a sweep. (The sweep did not occur and fans might be better off seeking predictions from Gnarls Barkley.)

Game 2 was a barn burner and were it not for the lucky (yeah, that’s right, I’m calling it) buzzer-beater from Anthony Davis, the series would have been tied.

Game 3 saw what NBA fans have come to expect — the Denver Nuggets adjust and conquer.

The Nuggets are not flashy. They aren’t as physical as the Lakers. They don’t have the pedigree that the Lakers have, and they surely didn’t have free agents willing to sign on for a shot at a title.

But they do one thing well. They play basketball as if their life depended on it. It’s not something you see from an overconfident Lakers who are stacked at every position.

Do not mistake the sentiment, the Lakers play hard. Rajon Rondo almost single handedly stole back Game 3 and put the Denver Nuggets on the ropes.

So it does beg the question, or questions for that matter.

Tonight, can the Denver Nuggets continue their improvement and take Game 4 to even the series?

If so, what does that do to a Lakers team that has dominated throughout the season without having to think too hard or change the formula? That formula being of course, give the ball to LeBron and get out of his way.

And if, in the end, the Lakers fall short, will Frank Vogel be in the unemployment line before the holidays?