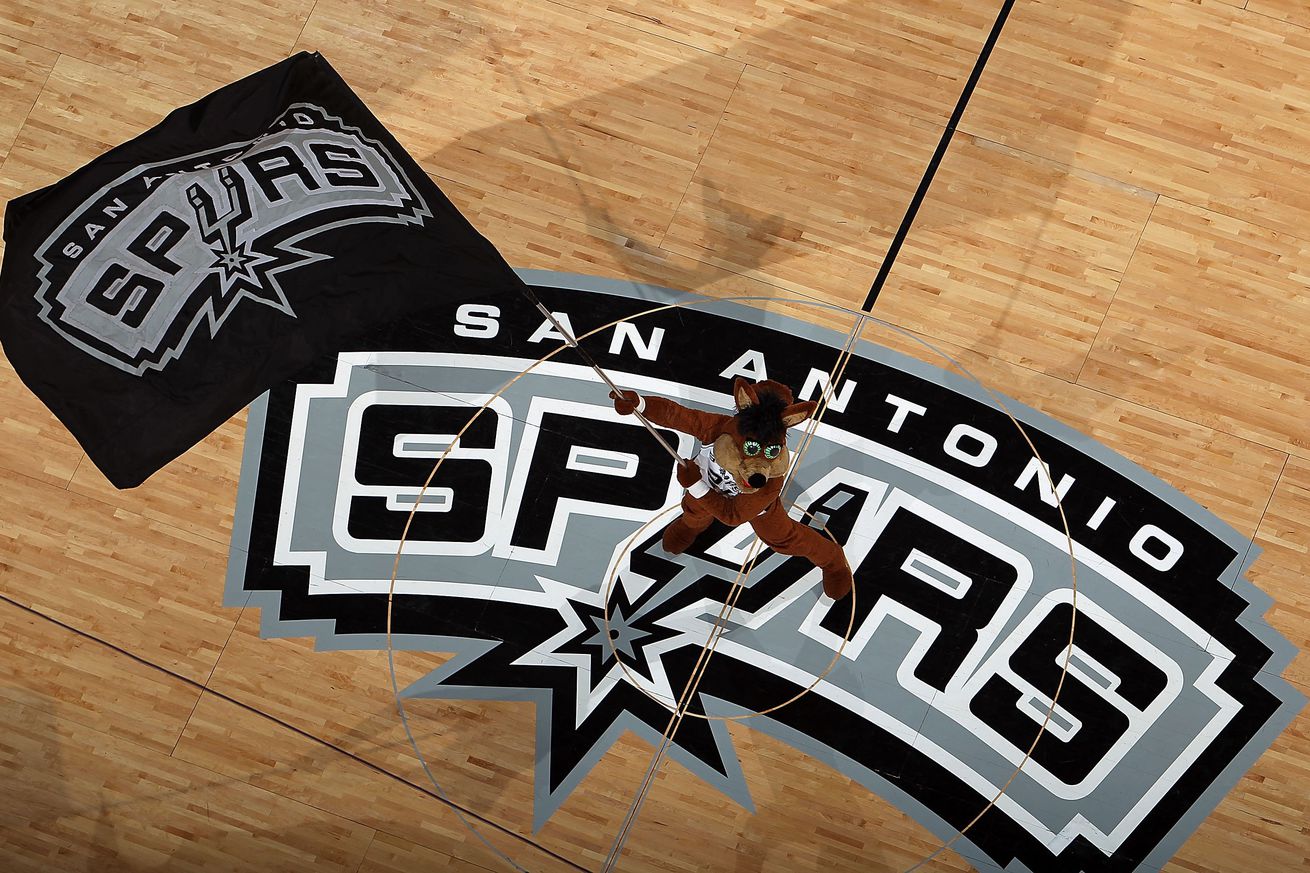 The continuation of my saga to join the new family-friendly squad.

[Welcome to Part 4 of the series chronicling my experience auditioning for the brand new Spurs Hype Team. Here’s part 1, part 2, and part 3 if you want to get caught up.]

As the light at the end of the tunnel grew, my theater background flooded my memory like a tidal wave.

Look at the judges. Make sure you smile. Engage them with your presence.

I turned to the panel and trotted in straight to center court where we received instructions for the first piece of the performance elements. We were given 5 flags, each with one letter spelling S-P-U-R-S. We had to come up with a two-minute routine on the fly which then had to be executed. The only direction given was that we must circle the court three times. This is more difficult than it sounds. For one, I’m not an expert on just how long two minutes is. Would we be done circling in 30 seconds and then have a minute-and-a-half to stand around? Or would we run out of time on the second lap.

Luckily, our teammate — the young lady I had seen with the red flag — took over for the group and choreographed a routine. We executed the drill and quickly caught our breathe as we made our way to the next activity.

The following piece was the Whataburger Fry Toss. For those who have been to a game, this needs no explanation. For those that have not had the experience of watching a game at the AT&T Center, it’s quite simple:

Two contestants stand ten or so feet away from an oversized Whataburger French fry box. They have 30 seconds to toss as many 5 foot foam fries into the box as they can. The contestant with the most fries wins.

My teammates were all of the ilk that needed the explanation. And this was where I realized that I was truly the only Spurs fan on the court. For the rest of my cohort, this was a job. For me, it was a passion.

This time I took over and readied the team. We had two minutes to get the equipment out onto the court, escort the contestants to where they lined up, host the game, and then clear the game and the contestants before the time out was over. A Spurs team member played the “host” while two others played “the contestants”. Our run did not go as smoothly as planned, which was all right because we were expected to regroup discuss, and execute the Fry Toss a second time.

By the end of the second round I noticed that the cheerleaders and dance team youth were breathing heavily. I was feeling good. And more clearly now, I could see how I might just be the exact type of person for which the Hype Team trials was being held.

Finally, there was the t-shirt toss. This was the most theatrical as we had to interact with 18,000 pretend audience members. Also the size and scope of the basketball court at Incarnate Word was minuscule compared to the real thing. Throwing t-shirts as far as you can is inconsequential when they hit a wall six feet away. For this challenge, timing again was key. You don’t want to run out of t-shirts 10 seconds into a two minute break. Lastly, we were given nothing with which to carry the shirts, so there was a bit of a balancing act going on.

As we wrapped up the t-shirt toss, the second group joined us back in the gym. We were all afforded an opportunity to present a two-minute talent. It was not required and we were assured it would not be held against us if we did not participate.

I had already opted out but had second thoughts on having my guitar brought over so I could sing a song. Alas, I should have thought better of my talent and just brought the guitar to begin with. I opted to stay and cheer on the members who did choose to perform. There was a well-choreographed dance routine, the team member with the red flag, a cheer, a few improvised dance pieces, and gentleman who juggled basketballs. Each was cheered on by the entire group which gave me a good feeling.

We were all ultimately competing against one another, but I felt that we were all hyping each other in this moment, and that was probably the entire point of the exercise all along.

I walked out of the audition feeling good about myself, about the Hype Team, and about my chances of being a member of the inaugural team.

All I had to do now was wait…