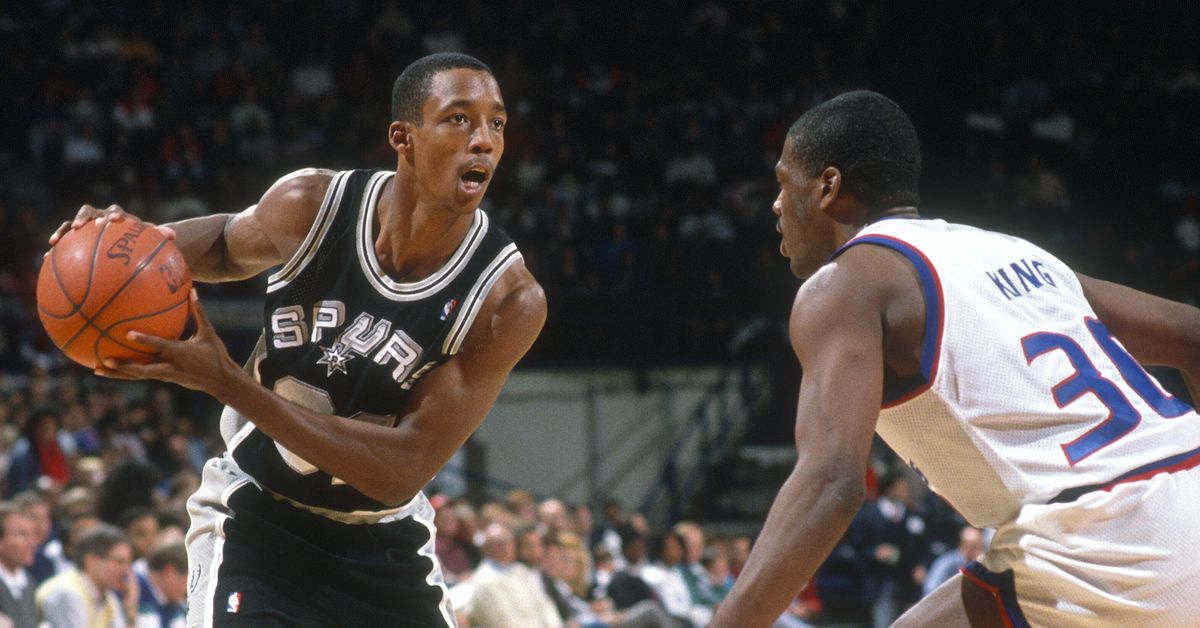 Although this season may still be in its larval stage, Spurs fans have got a lot to be excited about. So far, Dejounte Murray posted his first triple double, Keldon Johnson is racking up double-doubles (and testing the strongest players in the paint), Lonnie Walker IV has an effortless three, Devin Vassell is proving to be a steal and a great fit, and Patty Mills is playing like there is an Olympic Medal at the end of the season.

Last Thursday, LaMarcus Aldridge passed Bernard King in all-time shooting during the second night of the Spurs road trip. En route of a win over the NBA Champion Los Angeles Lakers, the UT big man took the 48th spot from King. LaMarcus is one of six active players in the top 50 for all-time NBA scoring. Four of the six (LeBron James, Kevin Durant, James Harden, and Russell Westbrook) are former league most valuable player award recipients.

If the name Bernard King sounds familiar it is because Sean Elliott has referenced the 1985 NBA Scoring Champion repeatedly during broadcasts. Specifically, he has compared King to 2019 Spurs draftee Keldon Johnson.

For many, Bernard King’s career was before our time. And considering he never played for the Spurs, there was an even less chance some Pounders may recall King.

It was the era before YouTube, so there weren’t highlights being posted daily. Thankfully, some old school basketball fans have since put together reels of Bernard King’s capabilities.

Born in 1956 in Brooklyn, New York, King was a standout at Fort Hamilton High School before playing college ball in Tennessee.

King was drafted 7th overall in the 1977 NBA Draft by the New Jersey Nets. Despite bouts with alcoholism and injury, King managed to average over 20 points per game in eleven of his fourteen seasons. He averaged 32.9 points per game during the 1984-85 season alone.

On January 31, 1984, King dropped 50 points on the San Antonio Spurs. The next night in Dallas, he did it again against the Mavericks.

On March 23, 1985, King suffered what could have/should have been a career-ending injury. After over a year out and some serious rehab, King returned to the NBA and tallied four more incredible seasons averaging 22 points per game with the Washington Bullets.

When watching how he cuts to the basket. the comparison to Keldon Johnson becomes clear, especially coming from Sean Elliott — someone who played against King. Bernard’s wiry 6’7” frame gives him two inches over Johnson, but both play fierce offensive games, fearlessly moving to the hoop unfazed by any defensive player who may be in their way. Not only do they share a similar style to their game, they have heart and an ability to leave it all on the court each and every night. Add Johnson’s three-point shot to King’s intrepid paint confidence, and the juxtaposition makes even more sense.

When King retired, he was the 16th highest scorer in NBA history. Today, he is 49th. That is a tribute to how competitive and advanced the game has become during this century. The evolution of the three-ball married with isolation game has pushed many star players into individual scoring. While it may be unreasonable to expect Keldon to be a scoring champion, but it is not out of the question.

Admittedly, Johnson’s output is but a small sample size, but this is the best time for Spurs fans to live in the moment.