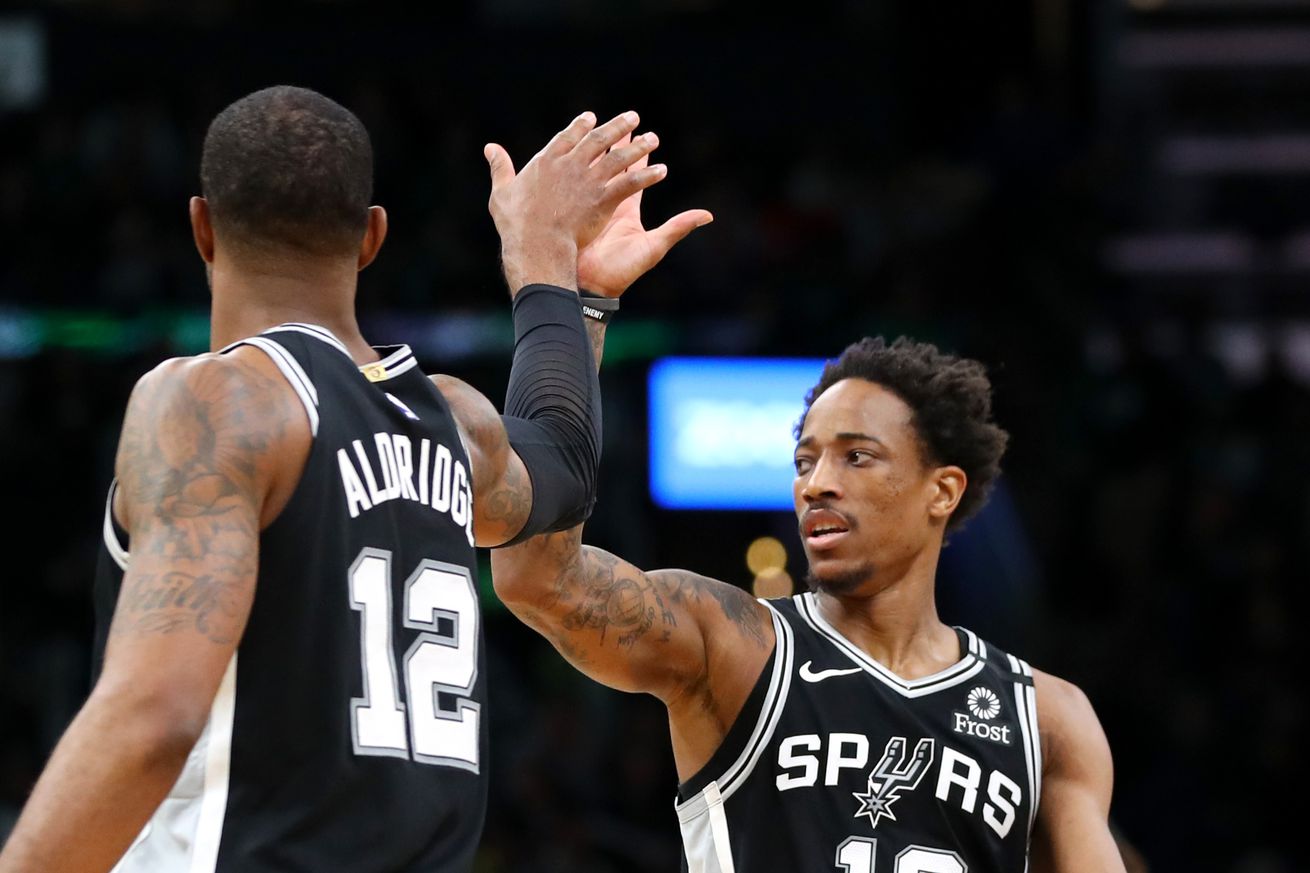 LMA and DmDr are leading a youth brigade with great force.

After closing it to within three, the San Antonio Spurs lose steam in the final frame and drop the game in Memphis by thirteen.

But there is some silver lining to the cloud.

DeMar DeRozan is the first player in Spurs history to have 10 straight games with 20+ points while shooting over 50% from the floor.

This is the best stretch of basketball DeMar DeRozan has played in his career.

LaMarcus Aldridge has a new career high for three-pointers in a single season with 38 treys in 35 games.

LaMarcus Aldridge has added an new facet to his game that is going to continue to benefit the Spurs.

Longest Spurs streaks of at least 1 three-pointer made this season:

Keep your heads up, Pounders, the Spurs are still looking good.