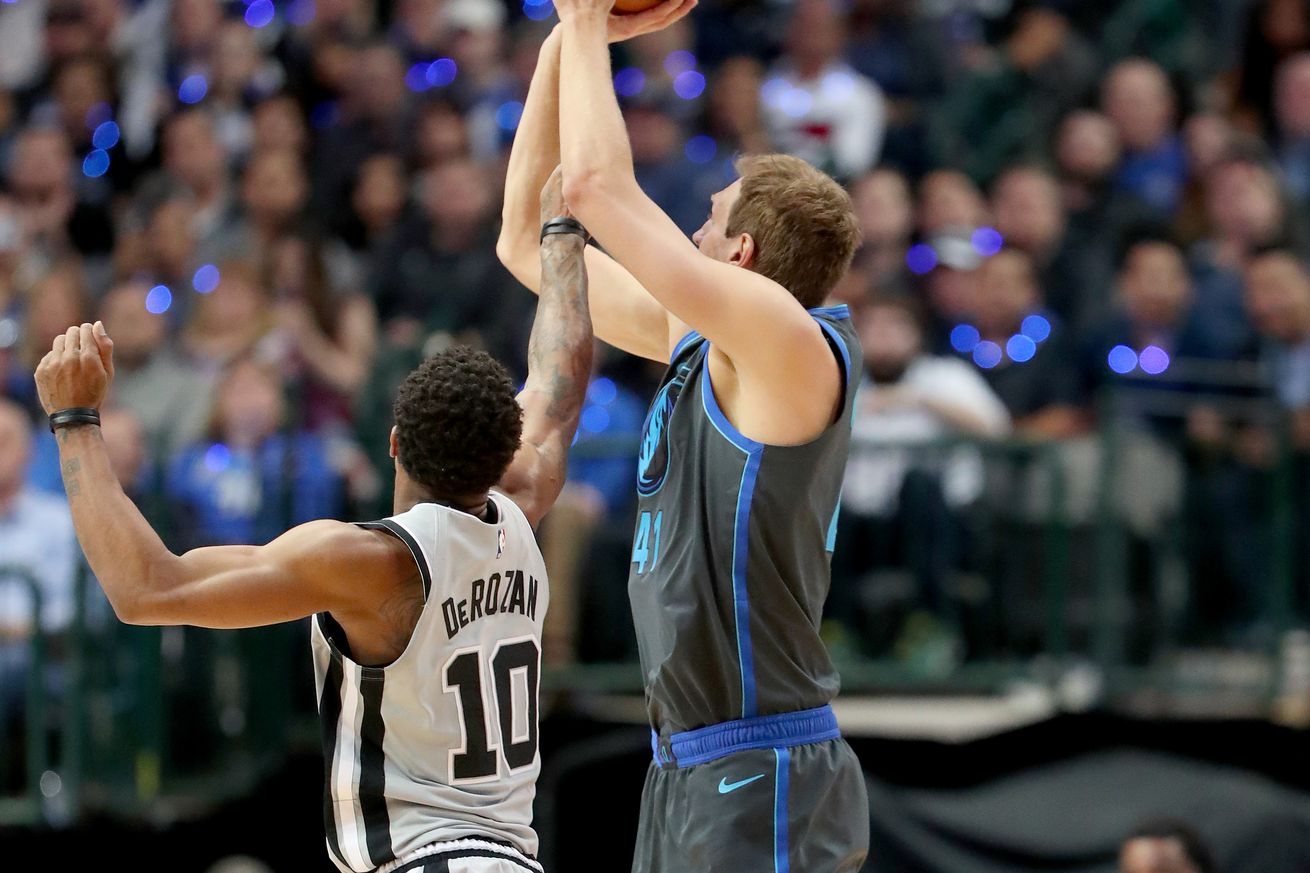 All fans in attendance receive a pair of Spurs sunglasses

It’s been one heck of a season. Be interesting to see how the Spurs would fare over more time, and they will have that opportunity in the postseason, but what’s really curious is how the Silver & Black have continued to have these winning and losing runs as of late.

Just one more game left on the calendar and then the brackets will be drawn, odds will be posted, and teams will have to give it all they have to prove they will be the last one standing.

On Wednesday, the Spurs want to celebrate their fans to cap off a well-received season.

The San Antonio Spurs will thank their faithful followers with Fan Appreciation Night during the last game of the regular season on Wednesday, April 10 vs. the Dallas Mavericks. All attendees will receive Spurs sunglasses, while hundreds of items from official Spurs partners will be given to supporters throughout the game. Tipoff is set for 7 p.m.

As a last thought, rumors of Dirk Nowitski’s retirement still loom, and although he will probably not make any announcement until the summer, there is always a chance this could be the Dallas Maverick legend’s last game. One last time to honor our I-35 rival’s version of Tim Duncan.*

This final game can have a huge impact on where the Spurs land in the playoff seeding and many of the questions should be answerable by the time the final buzzer sounds.

*In no way is the author comparing Dirk to Duncan, but simply pointing out the impact each has had on the team’s culture and the role they played in leadership for their entire careers.