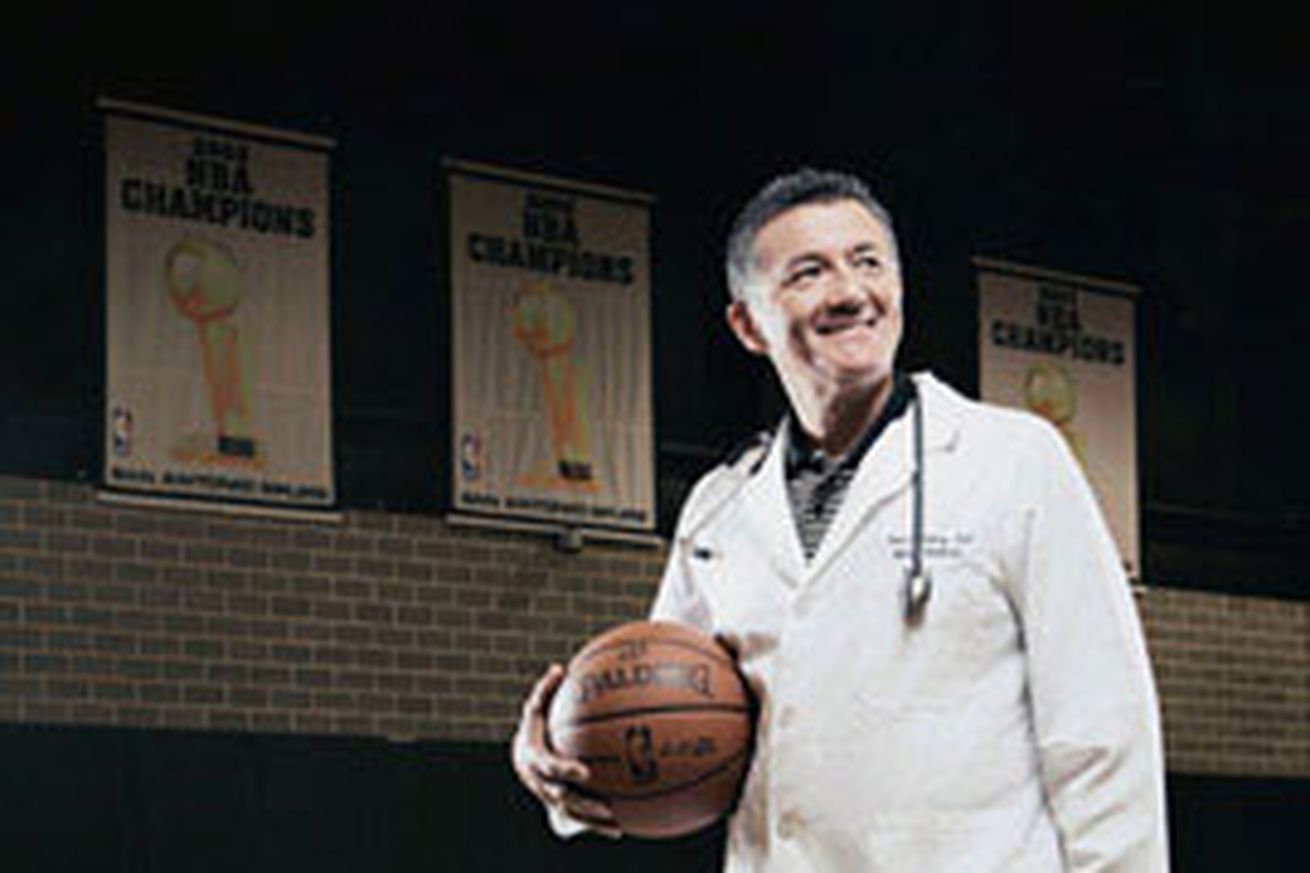 Dr. Paul Saenz has been with the Spurs medical team for two decades.

He will receive the award on Friday in Fort Worth during UNTHSC’s White Coat Ceremony, according to the university’s announcement. Since 1993, the Mary E. Luibel Distinguished Service Award is awarded to “individuals who have demonstrated exceptional personal commitment and a long-standing dedication” to the field.

“Dr. Saenz is an outstanding physician who has displayed the highest character and integrity as he advances the field of osteopathic medicine,” said UNTHSC President Michael R. Williams. “He lives every day by the decree that service to others is life’s highest calling, and we are proud to call him an alumnus.”

Dr. Saenz has been with the San Antonio Spurs for twenty years. In addition to his service with the Silver & Black, the noted doctor served as the chief medical officer for Olympic games in Atlanta, team doctor for USA Track and Field in 2012, as well as serving on the medical staff for the USA Men’s National Team.

Here in his native San Antonio, the Central Catholic alum is the founding partner of Sports Medicine Associates of San Antonio. He’s worked with the Spurs, the former San Antonio Silver Stars, as well as the minor league baseball San Antonio Missions and St. Mary’s University, where he graduated with a Bachelor of Arts in Biology in 1979.

Congratulations, Dr. Saenz. And thank you for your service.

Open Thread: Spurs doctor to be awarded for his service in the field of osteopathic medicine
Source: Pounding The Rock