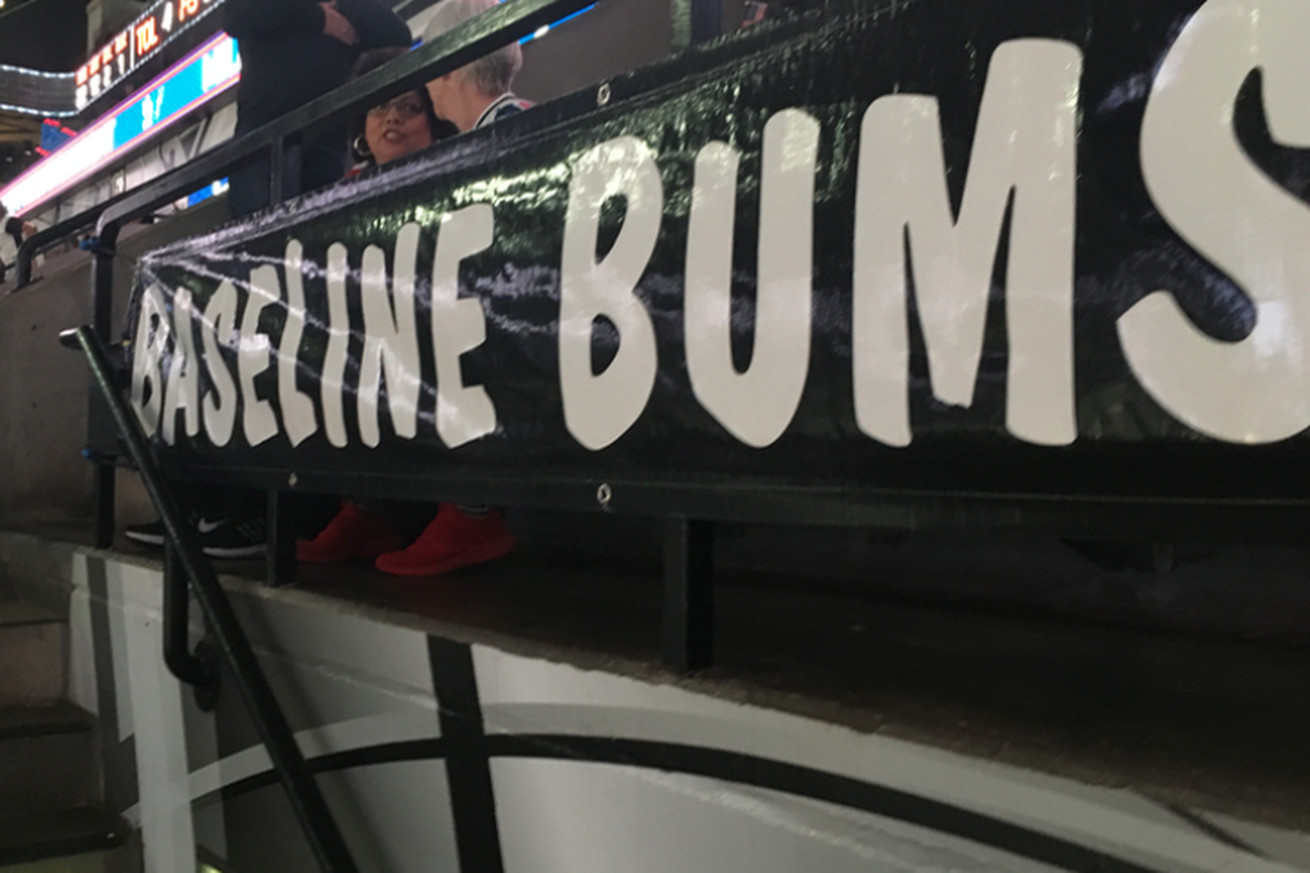 The San Antonio Spurs have the best fans, the proof is in the giving

The Baseline Bums are an institution in Spurs fandom. They have existed since the Dallas Chaparrals became the San Antonio Spurs. We’re talking 1973, when the Bums were the rowdy Spurs support crew down at HemisFair Arena.

As the Spurs popularity increased, the AARP sponsored crew has evolved from the fanatic backbone of the franchise into community service providers. But make no mistake, they are still the raucous team cheerleaders they have always been.

“Baseline Bums serve as ambassadors to the Spurs organization,” says Bonnie, a twelfth season Bum and current President of the supportive operation. “We’ve been doing a lot of the camps, the clinics, the tournaments. We also do the dance clinic where we help to get the kids on and off the court. Whenever they need help with door hand outs, anywhere the Spurs need us. Also, on behalf of the Spurs we have our annual blanket drive.”

In addition, the Baseline Bums donate to five local organizations: Haven for Hope, Any Baby Can, St. PJs, Seton Home and Alpha Home.

Interested in becoming a Baseline Bum? There are many traditions with the Baseline Bums at the games. The learning curve is fairly quick and the mentoring comes from the kind, dedicated members in sections 101, 128A, and 128B. You should know the Bums maintain a high standard of involvement, and not just at the AT&T Center. The seats for Baseline Bums are subsidized through Spurs Sports & Entertainment because of the community service aspect expected of each member. And you cannot just sign up, there is an interview process. The Bums want to make sure patrons are a good fit and ready for the commitment.

“On top of the volunteer hours, you need to commit that you are coming to the games, you are not allowed to sell your tickets outside, and we are proudly sponsored by AARP.”

But if you want to take a chance on being a Baseline Bum for one night, visit http://spurs.com/aarp If you watch the games on Fox Sports Southwest, then you’ve heard Bill Land mention the opportunity to sign up during the telecast.

And that was exactly how I made their acquaintance on USAA Military Appreciation Night. I was one of the lucky winners. I got to experience the military Salute in the lower bowl with some of the most dedicated fans I’ve met. Their traditions during free throws, made threes, and the last two minutes are infectious.

The Baseline Bums are truly a family. Like Jimmy Fallon in Fever Pitch without having to be a Red Sox fan. Sitting with the Bums was a great way to say adios to Dwyane Wade.

And now I am considering becoming a Bum full time.