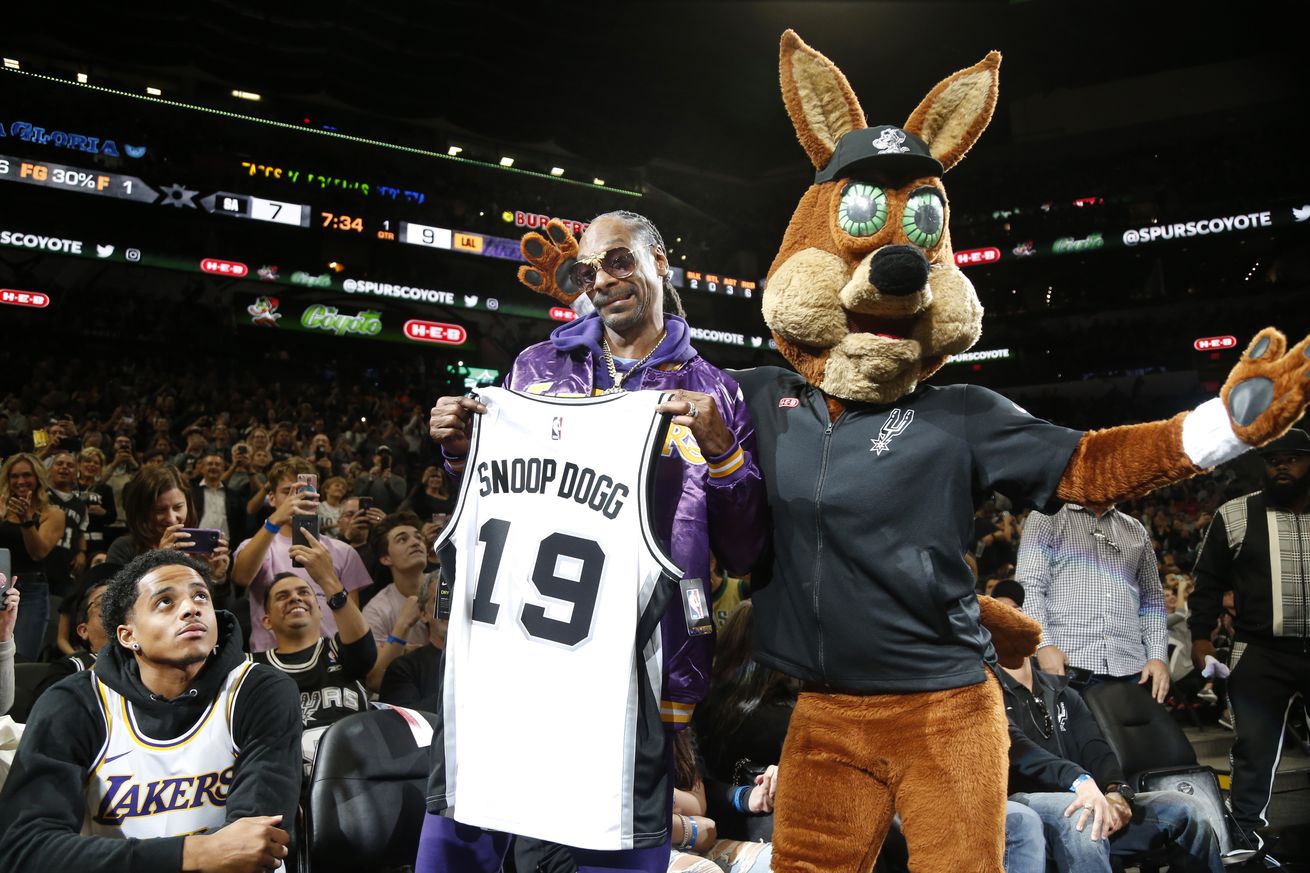 Spurs fans were treated to the California rapper as he made a trip to the AT&T Center to support his Lakers.

If you were unable to catch Sunday night’s game, there was a disappointing outcome. But that’s to be expected as the good guys work out the kinks on a new season.

One highlight that may have been missed by those of you not able to watch the local FOX Sports Southwest broadcast was when award-winning hip hop icon Calvin Cordozar Broadus Jr., — sorry, Snoop Dogg — sat in with Bill Land and Matt Bonner during the halftime show.

Snoop Dogg showing the Spurs some love as he talks with Matt Bonner and Bill Land. pic.twitter.com/nWonh9ReXS

Snoop referred to the Spurs as “a great organization for many years” and called Tim Duncan and David Robinson “OGs,” high praise from the California OG himself. He was in Alamo City showing love to his Lakers and was impressed but what both teams were bringing.

In San Antonio, a Snoop Dogg sighting is definitely something to be treasured. Back in Los Angeles, the celebrity attendance might detract from noticing any specific personality on any given night. This was most assuredly a moment unique to Spurs fans.

While sideline reporter may not be in Mr. Dogg’s future, the man speaks his mind with honesty and passion.