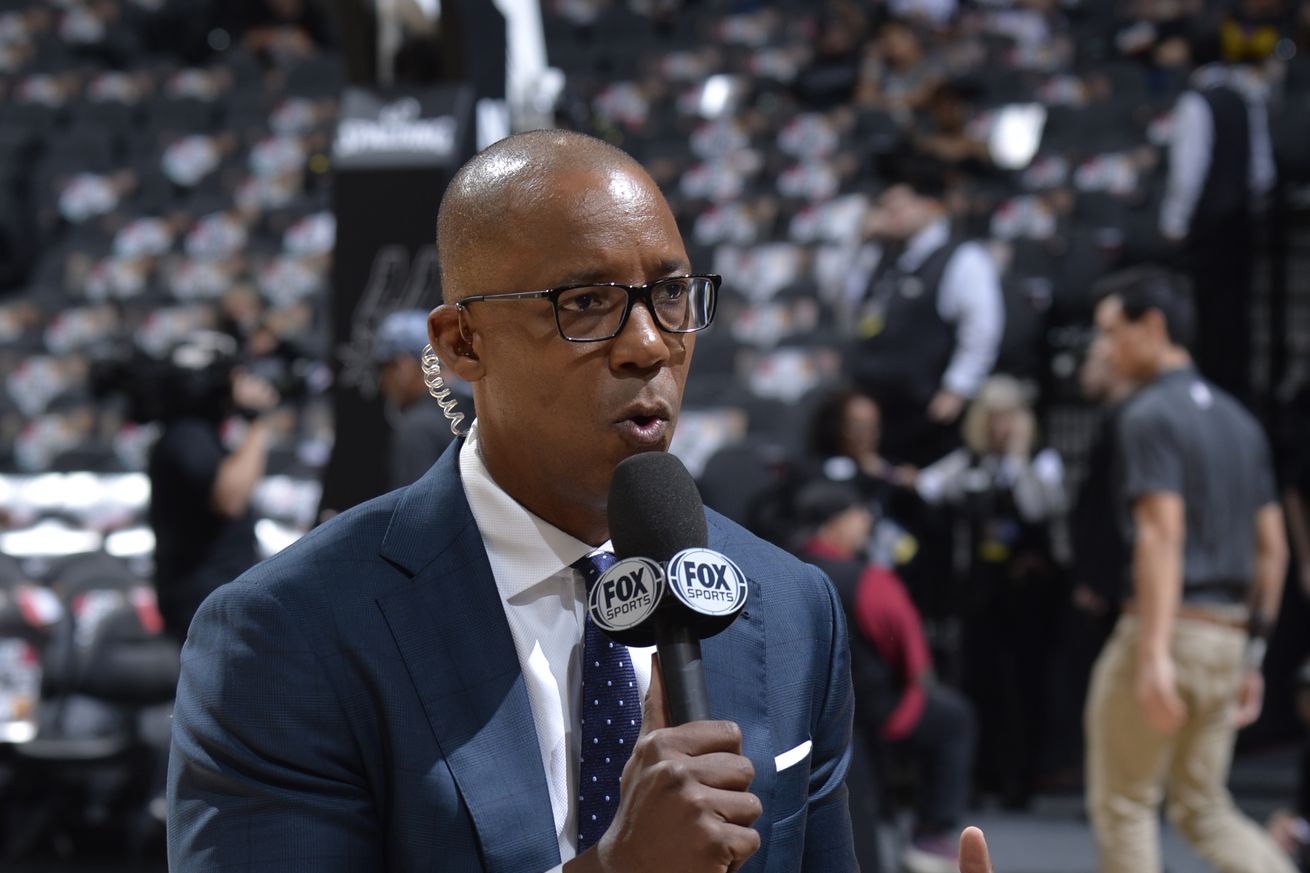 One question took the 1999 Champion to a place close to many of our hearts.

On Thursday, Sean Elliott emceed the AVANCE Cortez Family Center renovation ribbon cutting on behalf of the San Antonio Spurs and their ongoing partnership with Frost Bank. After the initial speakers and presentation, Elliott was kind enough to take pictures with all of fans as well as meeting with the press for a few questions.

After speaking in more detail about the event itself, he was asked about free agency. Although the intent of the question was most likely regarding the Spurs participation and acquisitions, Sean jumped right into the deep end as the modern NBA has a different look during the reshuffling of teams and players than it did during his time as a player:

“I don’t really care for it, to be honest with you. I think the NBA is gone and turned it into a fantasy basketball league. That’s an hour long dissertation, to be honest with you. I think a lot of it’s got to be reined in, you know, it’s kind just speaking to our ‘we want it now’ type of atmosphere that our society is going through. No one wants to build a team, they just want to team up and chase championships. It’s exciting a little bit for the fans, but at what point is it become boring when every summer when you have guys just switching teams.”

Whether he was addressing Marcus Morris’ verbal commitment is unclear. In his typical classy style, Sean did not speak ill of any one player or badmouth the league as a whole. He stated an opinion as concisely as possible before moving on to the next topic.

But long time fans of the Spurs (and particularly those of you who are able to catch telecasts with Elliott and Bill Land) know that #32 is unimpressed with the movement within the league, and rightfully so. You must keep in mind that he played alongside David Robinson and eventually Tim Duncan, two of the biggest players to stay entirely with one franchise.

And Elliott’s disdain is merited for many Spurs fans. But as the comments show time and again, fans do recognize the players’ right to change teams, look for the best opportunity to win, and make the most money.

That said, the old curmudgeon Spurs fans value the era when teams built together and earned a championship instead of grabbing the best players and chasing rings.

Where do you stand?