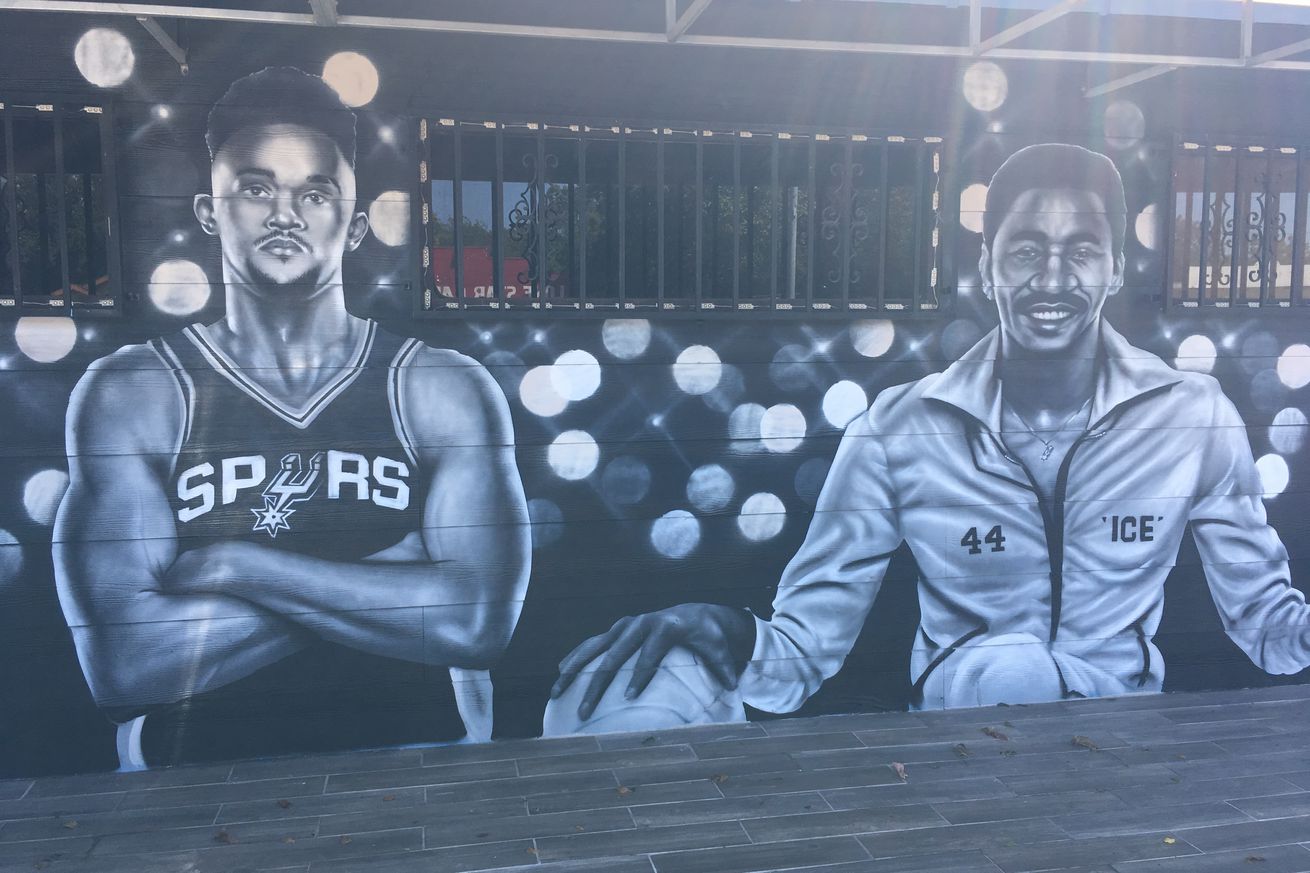 Part 2 introduced the fresh Dejounte Murray and DeMar DeRozan (who replaced/covered a different ex-teammate) as well as Patty Mills and LaMarcus Aldridge.

Well, Los Otros Mural’s artist Nik Soupe has been at it again. The first new addition was Derrick White.

White has been added to the front, prominently displayed between The Iceman and Dejounte Murray.

Around the corner in the parking lot, where there was only limited space, Marco Belinelli was also added to the mural display.

Together, Belinelli and Walker IV close out the wraparound effect the murals give to this classic restaurant.

Rudy Gay gets his first appearance after two full season with the Silver & Black.

Gay is next to LaMarcus Aldridge who was the end of the extended wall last season.

If you are in San Antonio, Rudy’s is a must stop, if only to enjoy some of the best mural work that the Spurs have to offer.