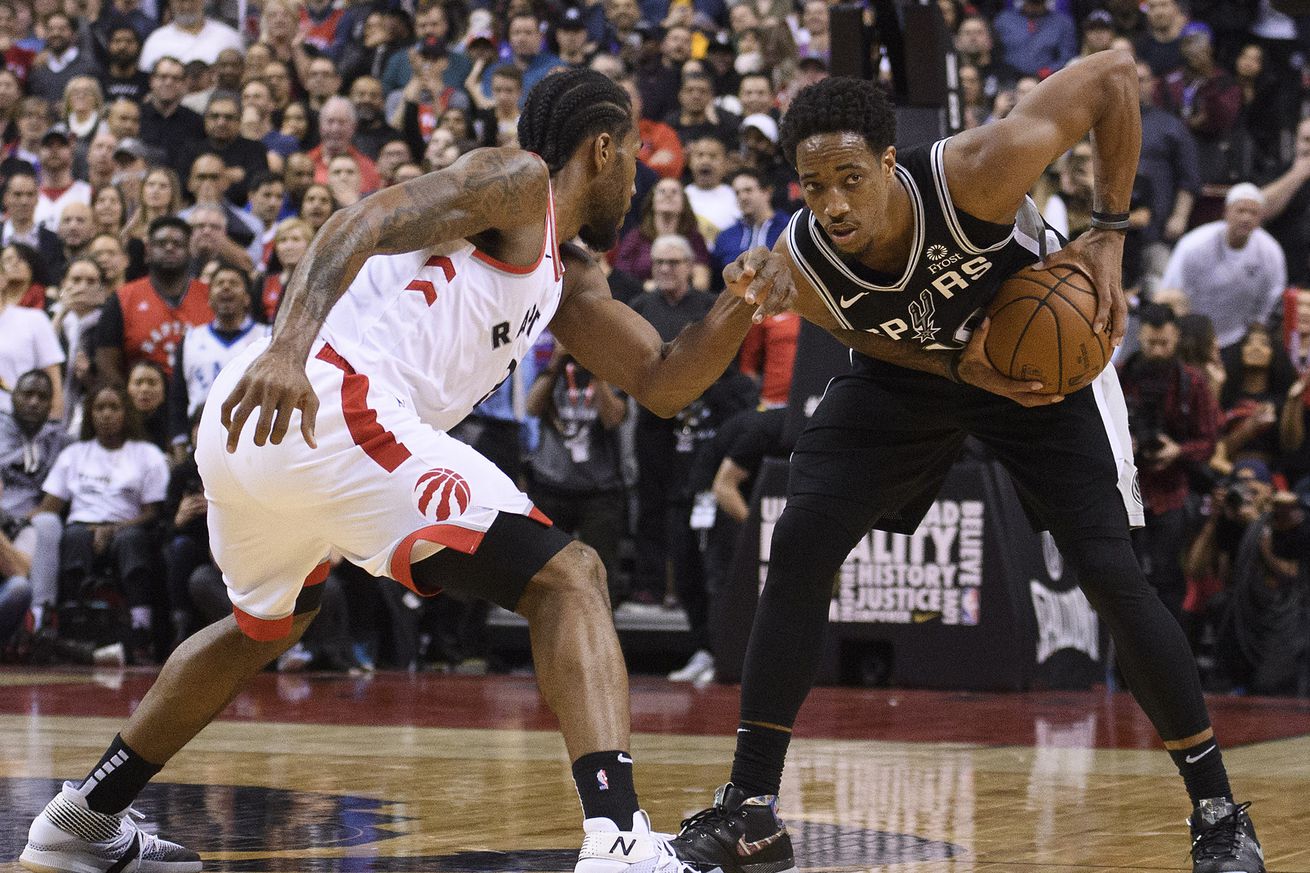 Taking a water cooler discussion out into the internet

Ever since Kawhi Leonard announced his intention to join the Los Angeles Clippers, and Paul George “requested” a trade, the lesser celebrated Hollywood team eclipsed the LeBron’s pairing with The Brow.

The odds for every team have been released and can now be discussed. The Action Network posted the list in this link.

In order from best to worst, here is the pecking order:

Right in the middle are the San Antonio Spurs.

The latter half consists of the Dallas Mavericks, New Orleans Pelicans, Sacramento Kings, with a four-way tie for worst odds between the Memphis Grizzlies, Phoenix Suns, Oklahoma City Thunder, and the Minnesota Timberwolves.

This is how things shake out in an ideal world, but as every NBA fan knows, things are never ideal. The one major catastrophe that will alter any team’s odds lays in health. An injury-riddled season can zap a franchises playoff run. Just ask the Golden State warriors who struggled in the Finals without their MVP Kevin Durant. Even Game 6 could have gone a different way had Klay Thompson been able to play the full four quarters. With only one superstar, odds have them in the playoff picture, but nowhere near making that team a dynasty.

So here’s the big question- how would these squads be re-ranked if the best player on each team were unable to make it into the postseason?

This question comes directly from the situation brought on by the Brooklyn Nets. Kevin Durant is arguably one of the best players in the NBA. How will a team missing him for an entire year fare? The Action Network has them with the 11th best odds of all NBA teams. Where might a healthy Kevin Durant led Brooklyn team have ranked up?

First off, a consensus must be made on who the best player on any given team actually is. For the Clippers, it is arguably the 2019 NBA Finals MVP. But watching him hobble away from the podium and knowing his medical history requires load management, it can be feasibly reasoned that Paul George may be the best Clipper over the length of an entire season.

And how about the Lakers? Is LeBron still the best player on any team that features him? Or will the torch inevitably be handed to Anthony Davis?

The Houston Rockets feature two recent MVPs . . . you see where this is going.

So, take away the “best player” from each of the 15 teams and then determine who would likely have the best chance of walking away with an NBA title come next.

Who would you eliminate for each team and where does that leave everybody in the Western Conference?

Open Thread: Ranking the Western Conference with one adjustment
Source: Pounding The Rock