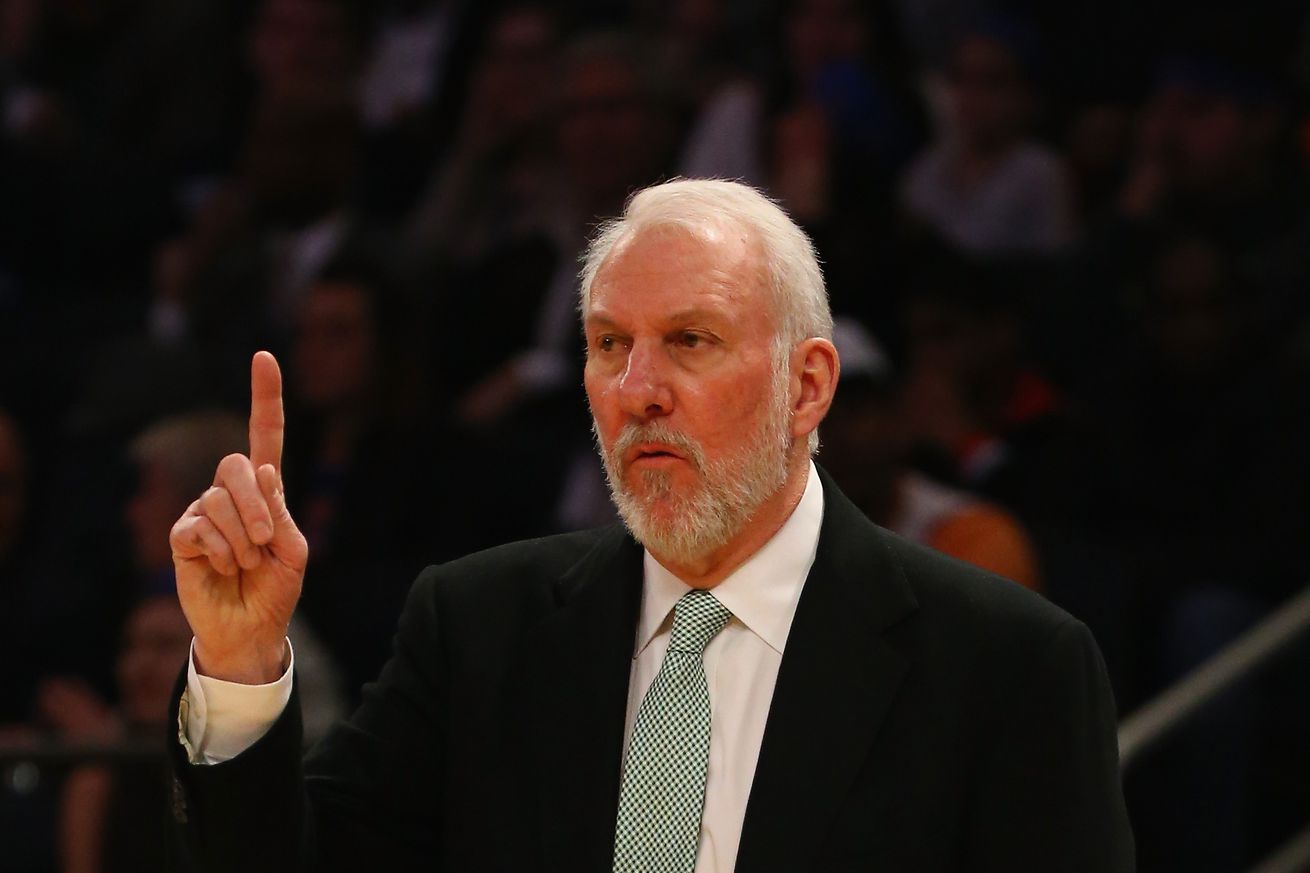 The countdown hits #1…and what a game it was

The Spurs now have the best 3-point start in over two decades, opening the contest 14-of-14 from downtown.

On the other side Jerami Grant scored his career high, Russell Westbrook nearly logged the best triple-double in history, and the Thunder refused to go away with Steven Adams imitating an undefeatable robot and continually returning with a bunk ankle.

And all of these add up to one win. And hopefully for Pop, all the hoopla will overshadow his career milestone.

When the NBA season began, Gregg Popovich was 25 wins from passing both Pat Riley and Jerry Sloan in all-time wins by an NBA coach.

He went from 5th in the rankings to 3rd all time and now solely rests behind Don Nelson and Lenny Wilkens. Nelson ended his career with 1,335 wins, just three more than Wilkens.

If you aren’t aware, Gregg Popovich once served under Don Nelson as an assistant in Golden State. Two seasons later, Pop headed back to San Antonio where he eventually took over as head coach and won five titles. Meanwhile, Don Nelson, the winningest coach of all time, never won a title. In a coaching career spanning 31 seasons and four different teams, he never hoisted the Larry O’Brien.

Pop has. Five times. With ONE team. And that’s it.

Will Pop pass Nelson? Hit up the previous OT and cast your vote in the poll.

[On a personal note: My band The Gunslingers will be making an appearance this morning at 9:00 a.m. on Great Day SA on KENS5. Tune in if you aren’t still sleeping in from the double overtime.]