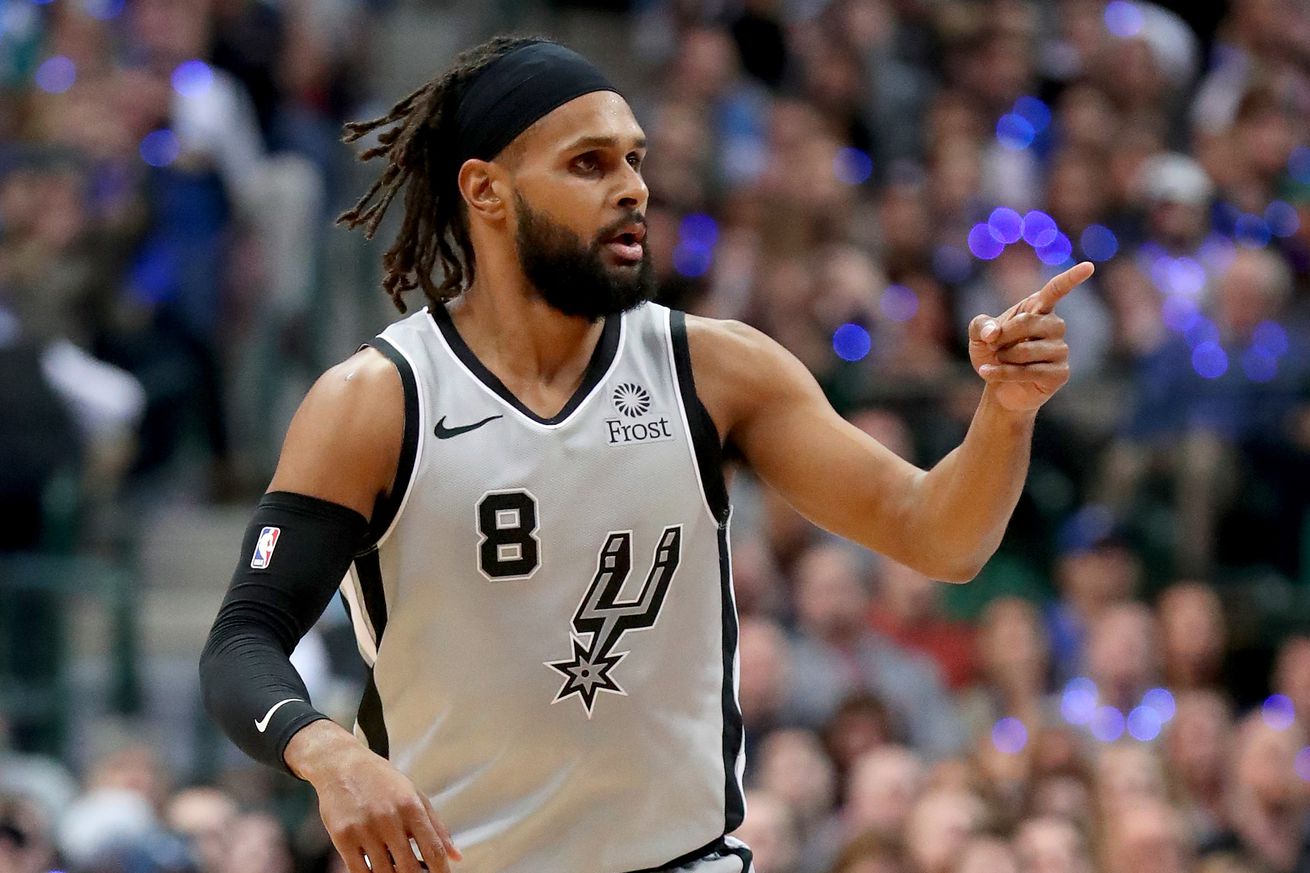 On Wednesday night, Patty Mills played his 521st game in a San Antonio Spurs uniform. While 521 is not your typical landmark number, it has one significant meaning.

With his 521st game as a member of the Spurs tonight, @Patty_Mills has moved into the top 10 for games played in franchise history.@Budweiser | #GoSpursGo pic.twitter.com/rOQpszyXT1

Before last night, the 10th spot in games played in the Spurs franchise was held by Danny Green, a fan favorite who was part of this summer’s monumental trade with the Toronto Raptors.

When Manu Ginobili announced his retirement, Patty Mills became the Spurs most tenured player on the roster and outside of Marco Belinelli’s return this season, the last vestige of the 2014 Championship team.

In addition, Mills was labeled San Antonio’s spiritual leader in a piece by Ben Mallis that Tanner Bowen promoted through PtR.

While spiritual leader sounds like a lot, it is a well-deserved moniker. When any player hits the hardwood, Mills is the first to lend a hand. When a teammate hits a 3, Patty’s got the towel shaking on the sidelines. Any time there’s a massive block, it’s #8 on his feet cheering like a fan in the stands. And when there is a timeout, the first to the floor is Patty Mills, showing love to each and every member of the Silver & Black.

Patty celebrates the good, supports during the rough patches, and as we saw last night, can single-handedly keep the Spurs in the game when there is a threat of the opposition pulling away. The Aussie sensation scored 17 points, most in the second half, to keep the Spurs within striking distance.

Always a well-spoken Spurs voice, Patty doesn’t finger-point or speak ill of his team. As Spurs fans, we have become accustomed to it, but keep in mind this trend is not always dominant in the NBA. In his postgame interview, he took the loss as an opportunity to humble himself.

And of course there is always the Patty Mills dap:

With so much to love, keeping Patty Mills in a Spurs uniform may be quite a sight for the foreseeable future.