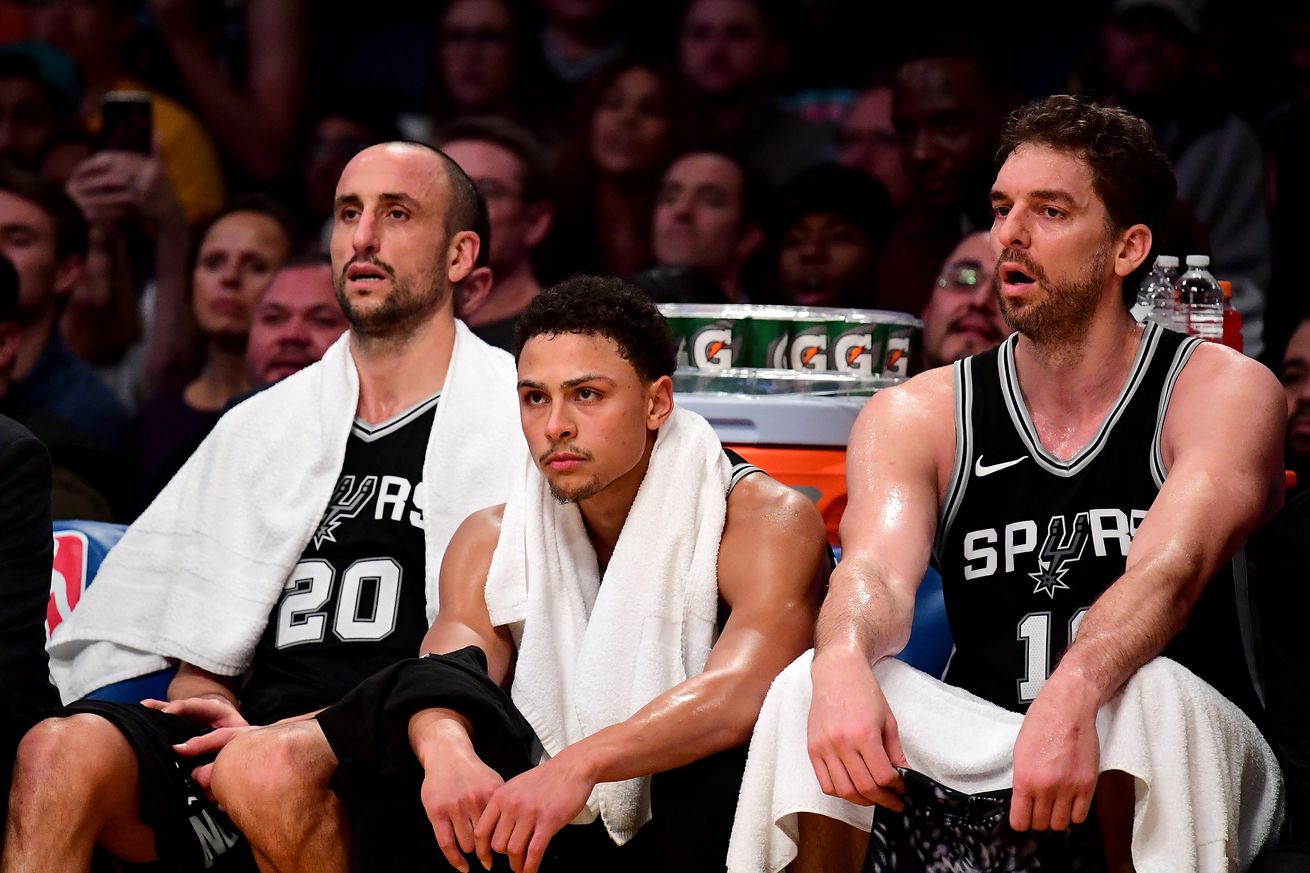 Imagine this picture, but instead of Manu in his famous #20, he’s in a suit. Well, many Spurs fans are hoping to see El Contusion on the sidelines, possibly with a clipboard and a dry erase marker. But for now we’ll have to wait.

Tom Orsborn reported such in his piece for My San Antonio:

Manu with an early update on life in retirement #Spurs https://t.co/G4G6ROtkQY

In spite of his presence at the coaches retreat and the training camp, Manu Ginobili says he is not planning on coaching.

The truth is I had a great time and I learned a lot. As I have been reiterating for a while, I do not have any intention in the near future of becoming a coach, but I think that such an opportunity, ideal to learn and see basketball from the other side, is not available everyday, so I accepted with pleasure and it was a great decision.

-Manu Ginobili from his article in La Nacion, translated.

For now, Spurs fans will simply have to take solace in knowing Numero Veinte is in the house and still has the passion for the game.