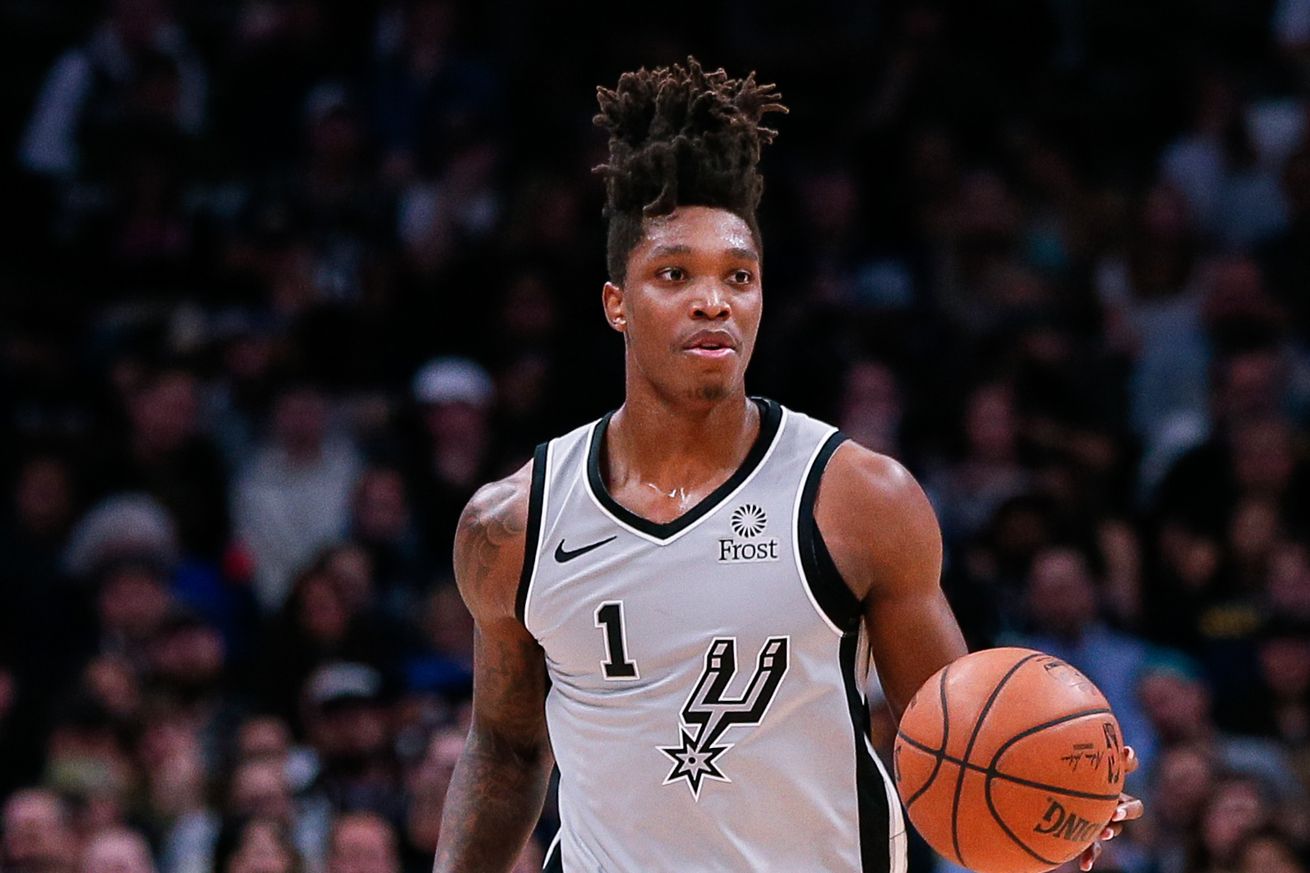 With one year under his belt, what is expected of him is nothing compared to what he expects of himself.

For many Spurs fans, the NBA season is over. And without a doubt, the next Spurs hardwood time to look forward to is Summer League. With the NBA Draft just weeks away, a few new players make their way onto the Spurs roster wile others will be vying for enough time to be offered a G-League contract.

Summer League is also the chance for the younger Spurs to show what they have learned in anticipation of a bigger role on the team. This year the Spurs had both Bryn Forbes and Derrick White in more significant roles, even starting a majority of their games.

This season Lonnie Walker IV spent most of his time in the G-League Spurs affiliate in Austin. His development and growth will be on display as he is poised to be a highlight of this summer’s Spurs squad.

We had the opportunity to speak with Lonnie Walker IV on his first season, summer development, and plans of the future. Specifically, Walker was asked about his eagerness to get into the next season.

“I’m excited…every single day I’m growing, I’m developing, I’m continuing to try and learn and develop as a man, and better myself on and off the court. The sophomore season, going into Summer League, I just want to play the Spurs way, play Spurs basketball whether it’s offensively or defensively.”

As for his time in the G-League, Walker reflected on the how his experience was enhanced by his teammates.

“You see those two guys (Derrick White and Bryn Forbes) and the way that they developed and the way they played this year, it was terrific. Being able to talk to them…went a long way. I have learned a ton and it has definitely given me more a lot more confidence going into the next season.”

Lonnie is striving to take his overall game to the next level. He referred to his specific goal to “play (his) type of game” with consistency, even mentioning the desire working out his “flaws”. That said, he recognized the importance of strengthening his defensive game in his pursuit of more minutes and trust from Pop.

In a twist in the conversation, Walker was asked about his 16-point game during the Denver Nuggets series in the playoffs. Lonnie brushed off question and side-stepping praise about his game. He appeared to have no interest in the past, but only looking to the future.

He again avoided the bait when asked about a missed opportunity for a slam dunk. Walker didn’t get flustered or annoyed when probed further. Whether a side effect of time in the Spurs locker room or just his own natural disposition, Lonnie oozes an air of “over himself” already, something that will serve him well during his second year and going forward in the Silver & Black.

When asked about pressure that comes with the second year, the pride of Reading, PA again deferred to a previous answer.

“Just play my game. Do what I do best and that’s play basketball. There’s no ins and outs or secrets on what to do and what not to do. They taught me everything and they continue to teach me, and it’s just ‘do me’ and show them that I can play the right way, play better for my teammates.”

Strong sense of recognition and grace from such a young man. One can only hope his journey continues and he carries the lessons he has learned in life with him along the way.

Vegas Summer League runs July 5-15 at the Thomas & Mack Center and Cox Pavilion on the campus of the University of Nevada.