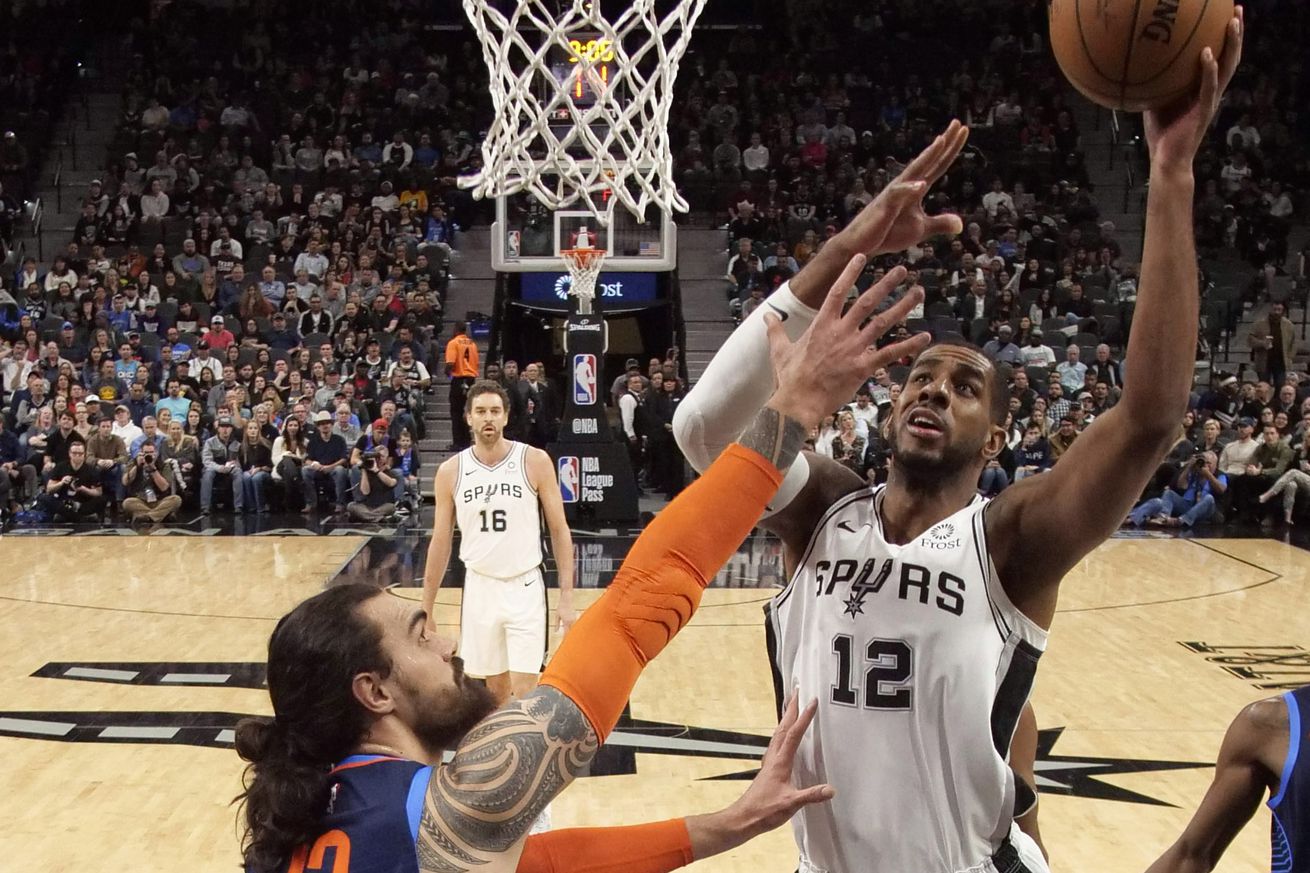 While his career high scoring performance took center stage, there was a milestone he passed early in the contest, specifically when Aldridge had four points, he passed Magic Johnson with 17,708 total career points. He blew past with 52 more before the night was over distancing himself from Johnson’s 17,707. As far as all time scorers rank, LaMarcus is now 78th.

Aldridge was also eight rebounds behind Chris Bosh at the beginning of the night. His nine boards gave him a career total 7,593 putting him one more than Bosh. Coincidentally, LaMarcus’ now ranks 78th all time in rebounding as well.

An interesting outcome to a stat-filled night. Can’t wait to see what the Spurs have in store for the Thunder on the road this evening.