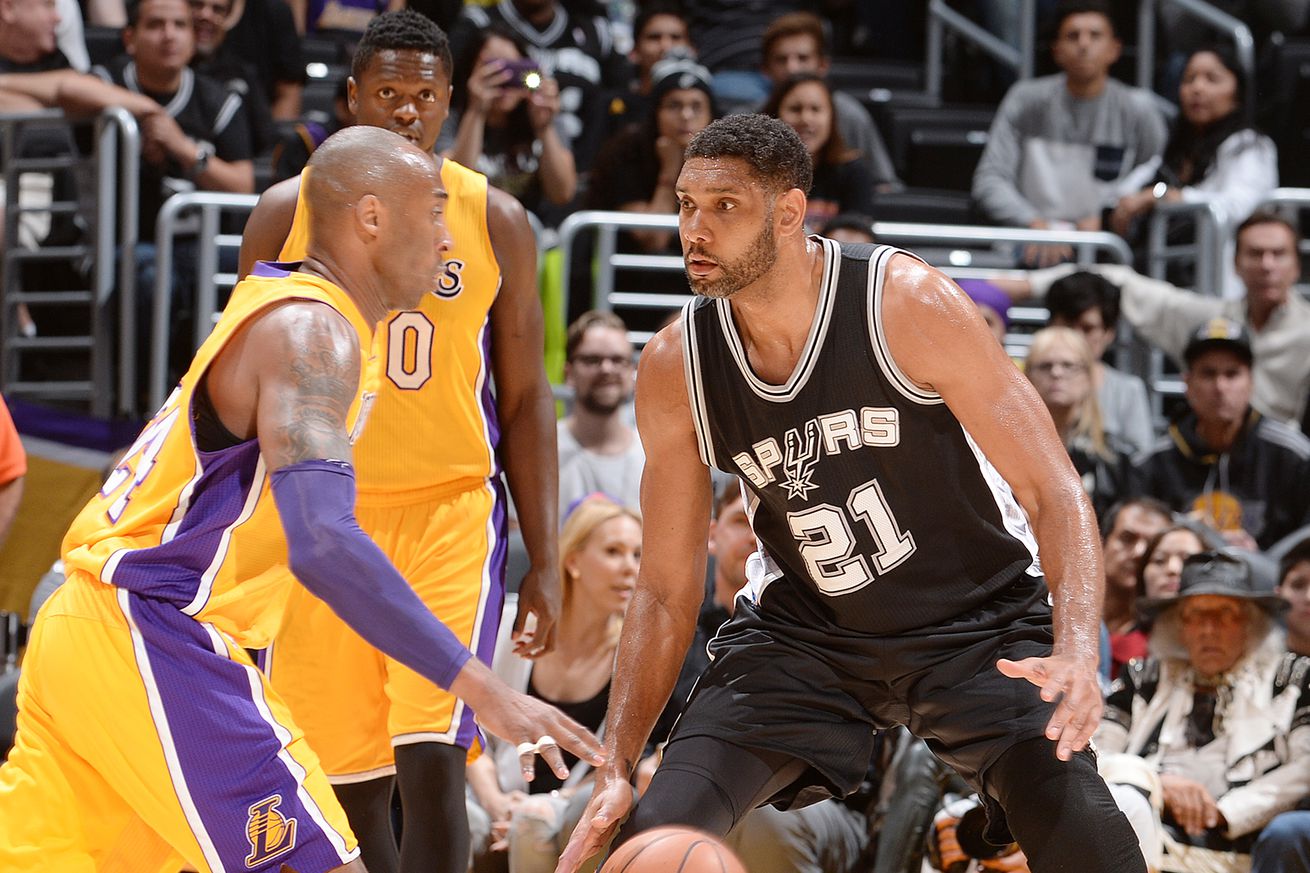 The future Hall of Famer says his relationship with Shaq was not the deterrent to Lakers greatness.

Kobe Bryant says that he and Shaquille O’Neal could have led the Los Angeles Lakers to ten straight NBA championships had it not been for the San Antonio Spurs.

How many rings could @kobebryant and @shaq have won if it weren’t for the @spurs? Mamba on #AllTheSmoke drops Thursday

In Episode 11 of All The Smoke Podcast on Showtime, Matt Barnes and Stephen Jackson sat with the former Lakers great to talk about his career. When Barnes asked Bryant how many titles the duo could have acquired had he and Shaq “had been on the same page,” Kobe gave more credit to the Spurs holding them back.

The talent, the coaching, everything in San Antonio was kind of a perfect storm. If they weren’t in the picture we probably would have run 10 in a row.

The Spurs won their second NBA title in 2003, ending a three-year run of Laker championships in 2000, 2001, and 2002. Bryant and the Lakers would win back-to-back championships in 2009 and 2010, earning a total of five during the decade. They also competed in the NBA Finals in 2004 and 2008 against the Detroit Pistons and Boston Celtics respectively, making a grand total of seven appearances in a ten year span.

[On a personal note, my band The Gunslingers have their biggest gig of the year this Saturday, January 18 at Sam’s Burger Joint opening for the legendary Monte Montgomery. If you have yet to catch Monte’s show, it is a must for any music fan. You can read about his latest album here.]