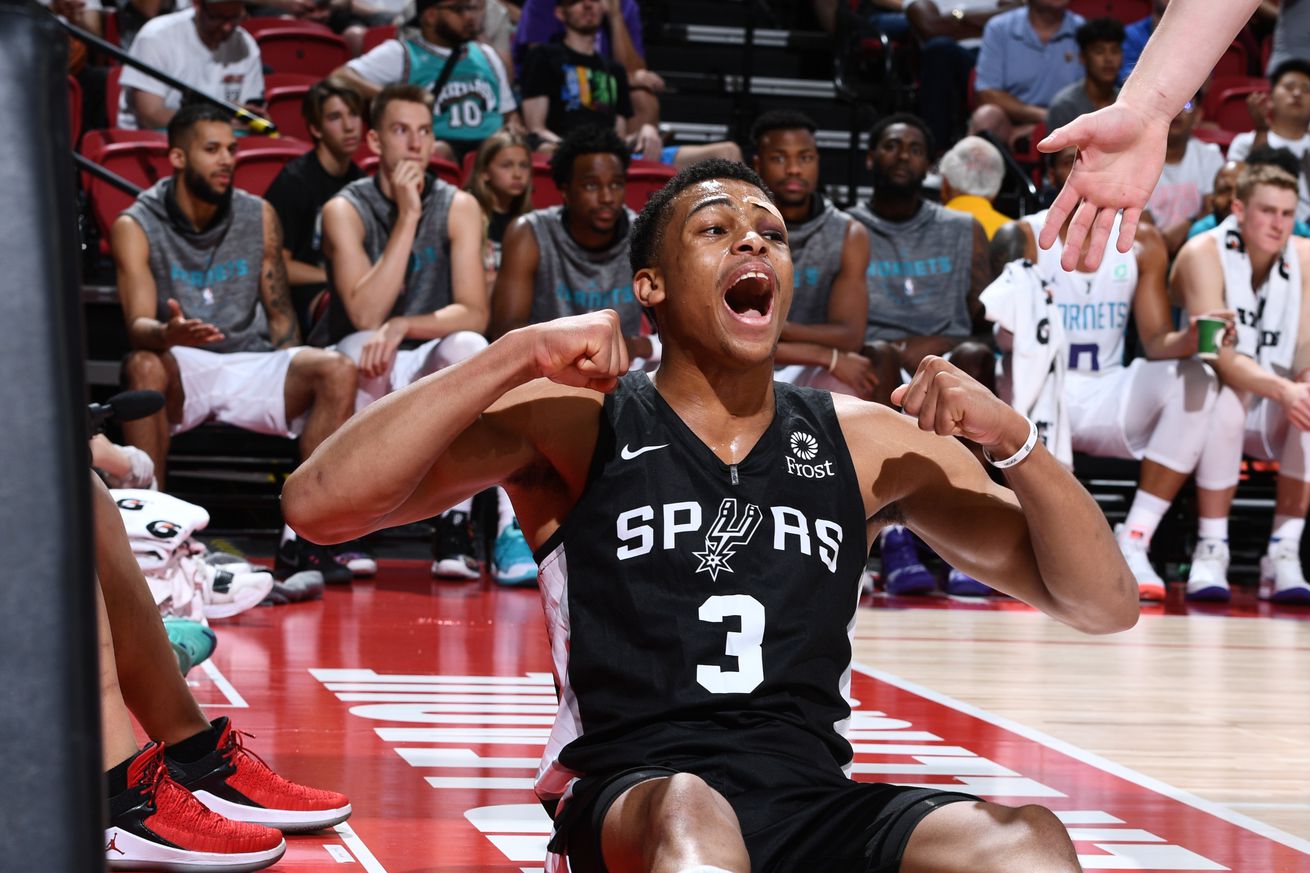 The former Kentucky Wildcat will have a lot of eyes on him this season.

Today, Keldon Johnson turns twenty, leaving Luka Samanic as the only teenager on the squad.

Keldon came to the Spurs via the 29th draft pick, joining DeMar DeRozan and Jakob Poeltl to complete the trade package that was made the prior summer.

Will Johnson be yet another instance of PATFO and the Spurs drafting in a way that leaves other NBA teams scratching their heads? With Derrick White and Dejounte Murray showing signs of greatness, the expectations for Keldon’s development wouldn’t be unfounded.

He’s already shown confidence and hints of what is to come during his short tenure with the Spurs. This past July during Summer League in Salt Lake City while Lonnie Walker IV and Drew Eubanks were out for rest, Keldon took the opportunity as a starter to take over and have a breakout performance.

I was fortunate enough to attend that game (you can actually see the back of my head in the audience) and was quite impressed with Johnson’s athleticism, confidence, and overall game.

Check his buzzer-beater at 2:02 mark. It sailed in from beyond the half-court line.

Great things to come? No doubt.

For now, Keldon will most likely do what most Popovich rookies do — soak it up from the sideline, spend some time traveling I-35 to develop with the Austin Spurs, and take the moments he is inserted in a game to play solid Spurs basketball.

Happy birthday, Keldon. Hope to see you get some time to shine on Sunday against the New Orleans Pelicans. For now, enjoy your day and all that comes with it.