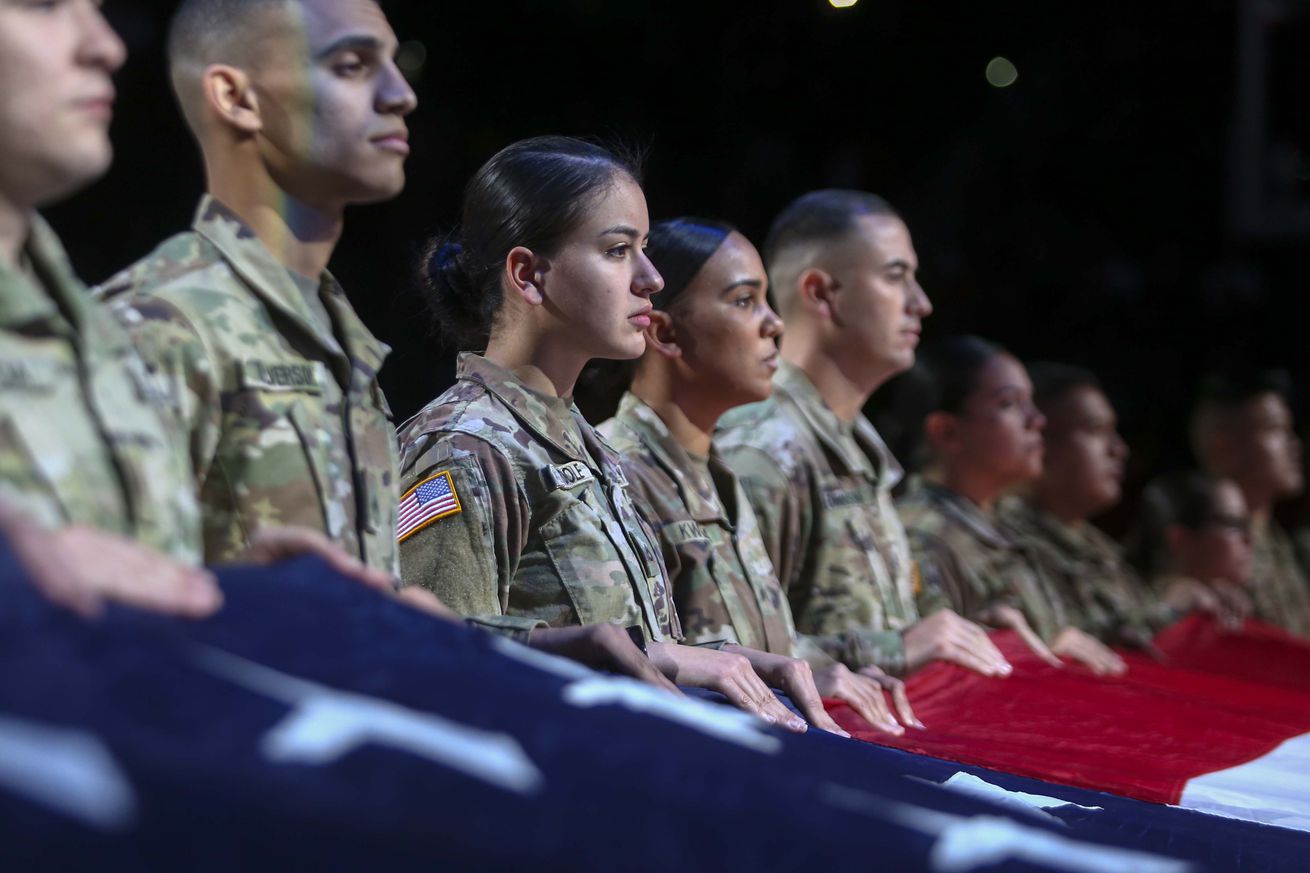 On Thursday, PtR social media correspondent Tanner Bowen and I were fortunate enough to attend the USAA Military Training Camp. This annual tradition (the fourth to be exact) is part of an entire series of events to highlight, celebrate, and honor the servicemen and women of the United States Armed Services here in San Antonio.

Last January, USAA, the Spurs and Spurs fans teamed up with Operation Gratitude to assemble care packages for deployed members of the armed forces.

Thursday’s basketball camp invited 50 active military to workout with Spurs assistant coaches Ime Udoka and Will Hardy on the AT&T Center hardwood as well as a meet-and-greet with Spurs guard Derrick White and a tour of the Spurs facilities.

And the culmination of the festivities will take place next Wednesday, March 20 as the Spurs host the Miami Heat. In a press release from Spurs Sports & Entertainment:

The San Antonio Spurs and USAA will join forces once again to honor active duty and retired servicemembers on March 20 in Military City USA. Tipoff at the AT&T Center is set for 7:30 p.m. During Military Appreciation Night all military, veterans, and government employees save up to 40 percent off tickets at Spurs.com/salute.

USAA has partnered with the Spurs for the last nine seasons to invite military personnel at this significant discount. In addition to the 40% discount on tickets, patrons with a military ID can also receive discounted parking in Lot 7 and 15% off on merchandise at the Spurs Fan Shop during the game on March 20.

If that was not enough, USAA will have a table at Section 124 giving a Spurs water bottle to the first 700 fans with a military ID.

Over 1200 San Antonio Spurs season ticket holders have donated their tickets so that military can receive discounted and, in some cases, free admission to the game. Just another example of the Spurs and USAA continued dedication to those who serve our country.

If you know any military personnel, please pass on this article or the direct ticket link: Spurs.com/salute.