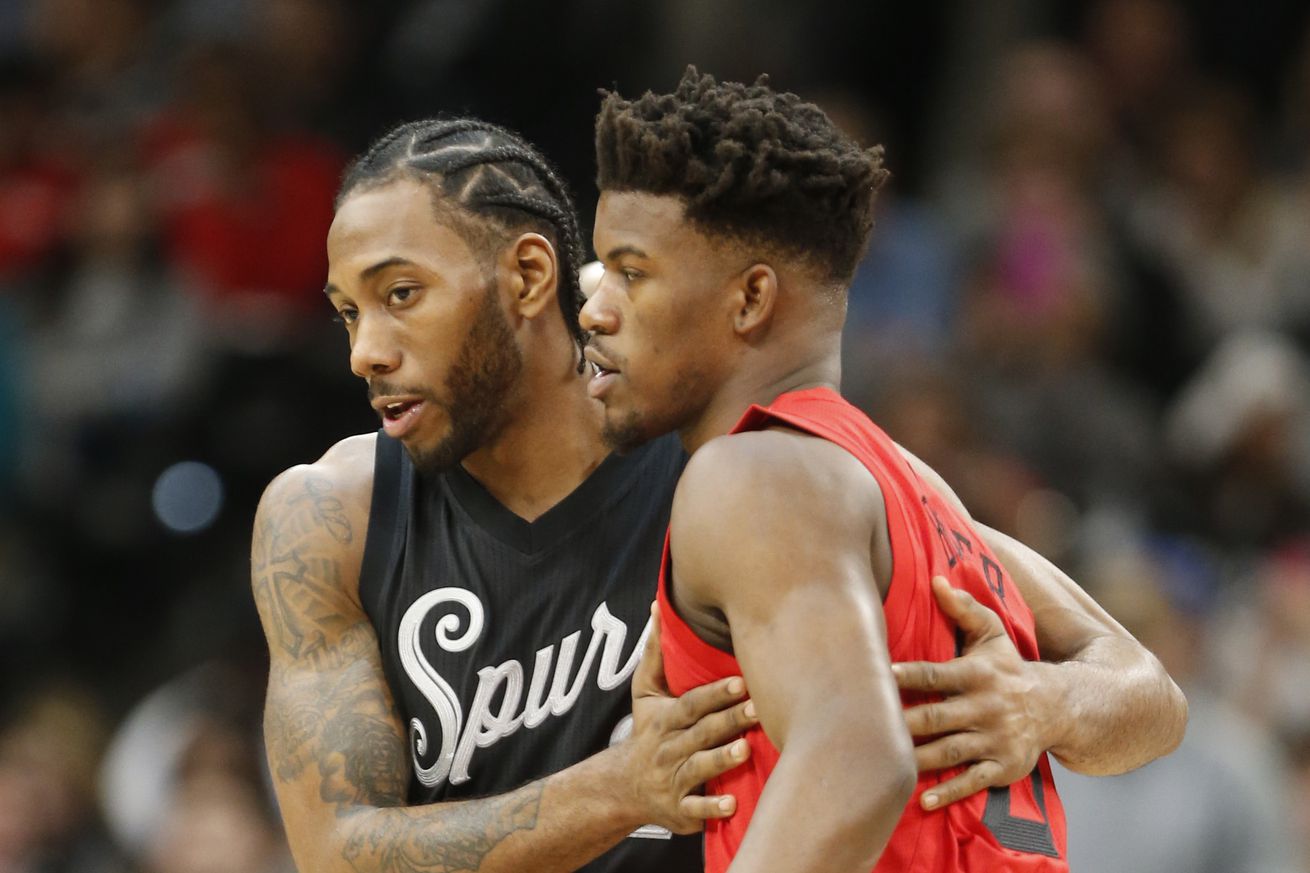 Jesus Gomez posted a great piece on how Jimmy Butler’s trade request will affect the Spurs. But I’ve been thinking about how these demanded trades hit the individual teams themselves and the league as a whole.

We all just went through the Summer of Kawhi after the season of WTF (we’re the fans) and although the Spurs were able to squeak into the playoffs, the redemption championship run fans were expecting was nowhere to be found.

Creating a team is a lot of work. The chemistry of each player, both in skill and personality, are essential to the team’s success. So to have one of the top tier players in the league basically hold his team hostage a month before tip off has a bad look, and even worse repercussions for a squad looking to gel and have a strong season.

I know as a Spurs fan I’m spoiled by things like loyalty and commitment. Most of my adult life has been spent watching one coach and three extremely talented, selfless stars. Even as that door closes, I see the possibility for some young talent to carry the tradition: Dejounte Murray, Derrick White, and Lonnie Walker IV give me hope.

I know that’s a lot to hand my hat on as these guys have yet to make their name. If one does, he may be off to the highest offer as soon as his rookie contract expires. Or worse, heading wherever the next Kevin Durant goes when the rings, big payoffs, and individual ranking become more valuable personal goals.

For every Paul George, Kawhi Leonard, and Jimmy Butler, there’s a Durant or James whose dissatisfaction is clear and whose contract is expiring. Either way, I guess the movement is inevitable. But in my opinion, waiting out your contract and then making a decision in the offseason seems more professional than stating you want out and there are only a few teams you’re willing to consider.

For me, a dissatisfied player says more about the man than the team whose jersey he’s looking to shed. There’s that saying: wherever you go, there you are.

Am I alone in this? Has Jimmy’s demand become the new normal? Or will fans see more even more players demanding trades now that the “superteam” is always on the horizon?