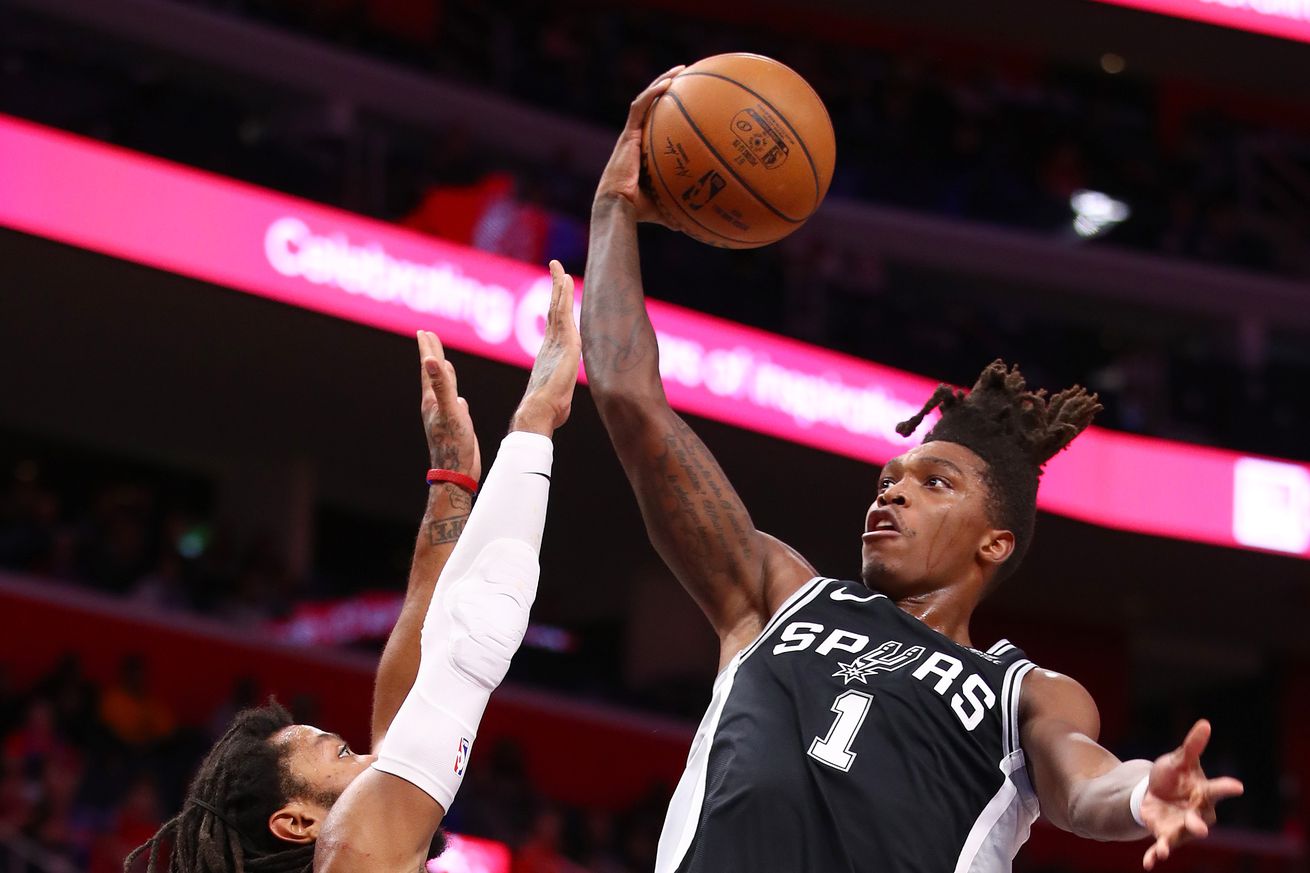 And by embrace, I really mean expand.

The Spurs may be in a slump, but they are working out the kinks. Last Wednesday when the Minnesota Timberwolves were in town, the good guys were still looking to bounce back from a treacherous road trip and brace for a strong home stand. It was not to be, but one man was firing on all cylinders — Lonnie Walker IV. The Spurs highest draft pick since Tim Duncan contributed a highlight worthy eleven points in just thirteen minutes and a offered a necessary spark off the bench.

Walker IV made the most of his opportunity, enough so to be given another chance four nights later.

On Sunday, in a devastating loss to the Detroit Pistons, Lonnie Walker IV’s thirteen points, two rebounds, and two assists in sixteen minutes served as the one shining spot on an otherwise lackluster evening.

So, why then is head coach Gregg Popovich limiting the youngster’s minutes? I understand the most reasonable answer is that Pop doesn’t play the young guys. But in a time when DeMar DeRozan isn’t playing defense and Marco Belinelli isn’t hitting on offense, what do the Spurs have to lose?

It’s time to let Lonnie loose on the NBA and finally start embracing the youth movement to its fullest.