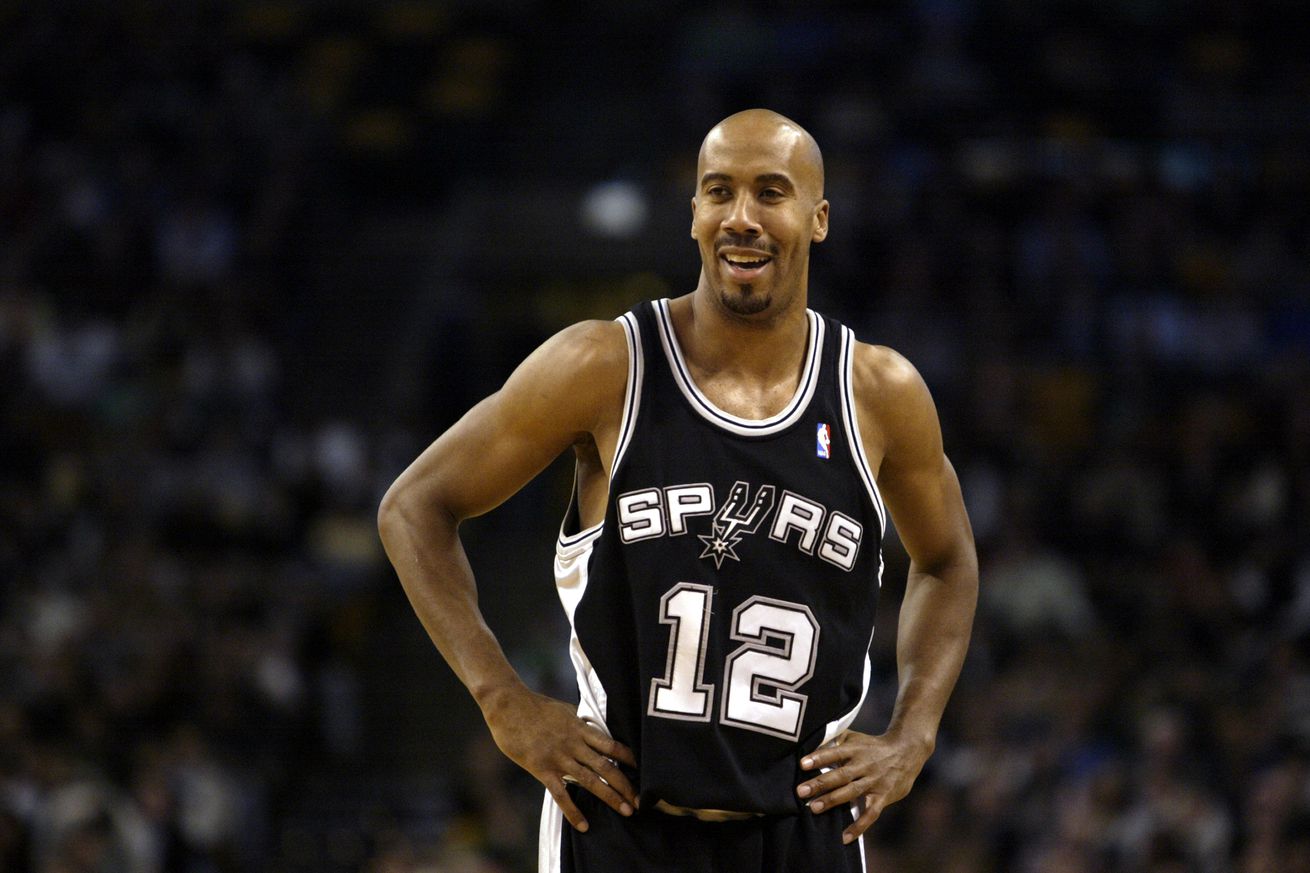 Oh, and there is other NBA news…

I know we all want to get to our review of Game 6 of the NBA Finals, but before that, some “local” news.

Now some of you young’uns may not recall, but before LaMarcus Aldridge moved to San Antonio, the #12 had been retired and was hanging in the rafters of the AT&T Center along with James Silas, George Gervin, Johnny Moore, David Robinson, Sean Elliott, Avery Johnson, Tim Duncan, and very recently Manu Ginobili.

Bruce Bowen, Spurs defensive stalwart and three-time NBA Champion, had his jersey ceremony on March 21, 2012, but he allowed the Spurs to take #12 out of retirement as a welcome gift to LaMarcus Aldridge.

After years as an analyst for the Los Angeles Clippers (he lost his job after some controversial comments about Kawhi Leonard), Bruce has returned to San Antonio as head basketball coach at Cornerstone.

Now we can can go on with our regularly scheduled discussion of the Toronto Raptors’ first NBA Championship. Klay Thompson went down, Kawhi picked up a second MVP and joined LeBron and Kareem Abdul-Jabbar as the only 3 players to earn the honor with more than one team.

Say goodbye to Oracle, where they last three games went against the Golden State Warriors.

And now fans of both teams will have to see what happens to Leonard, Kevin Durant, and Thompson in free agency.

For the second time in five years, the Warriors lost in the NBA Finals. Will a sixth consecutive appearance be in the cards?

[On a personal note, I am playing a solo show at The Well on UTSA Blvd. this evening from 4:30-8:30 pm. The Well has a full bar, great menu, and an outdoor area for children as well as a dog-friendly area. I hope to see you there.]