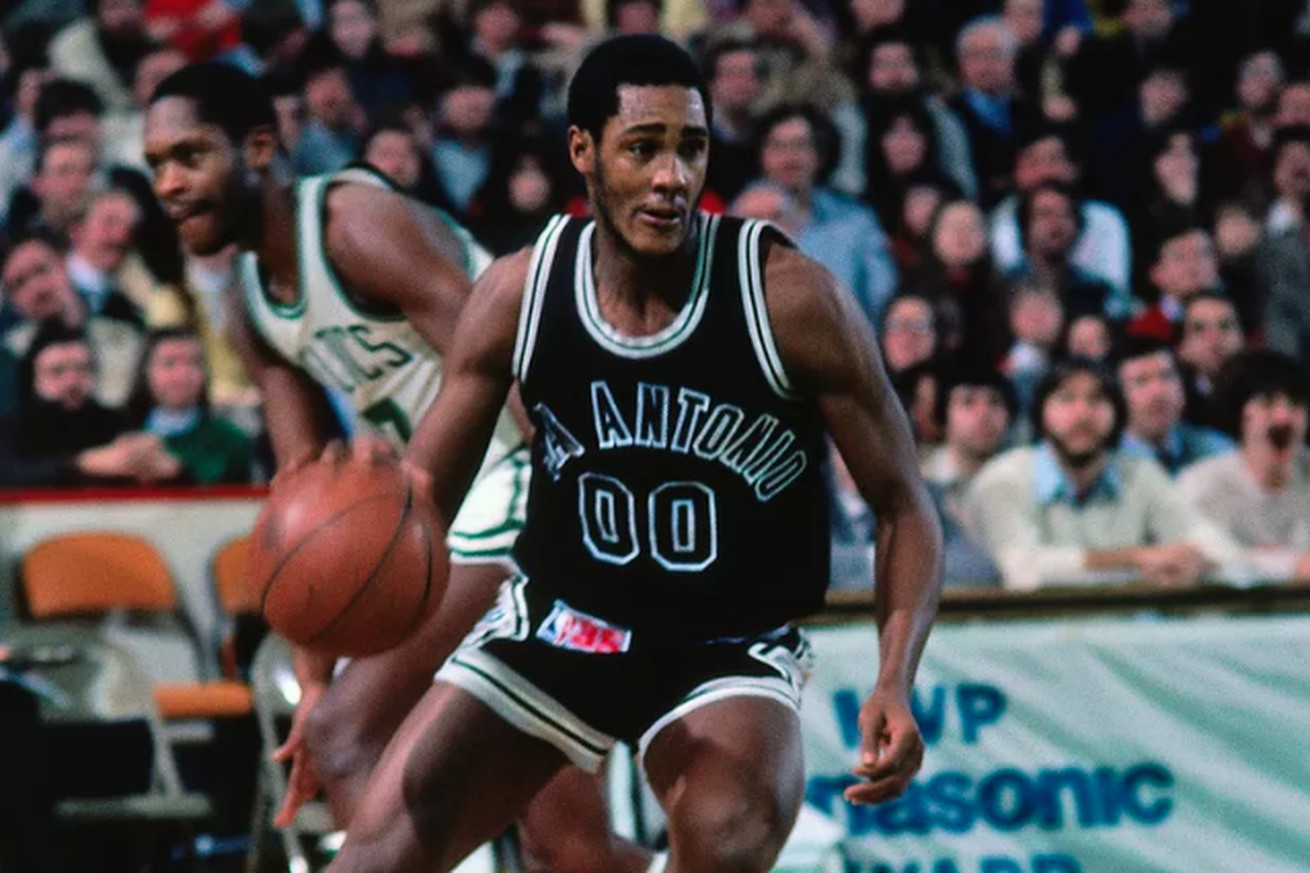 Being at the AT&T Center this week for Manu Ginobili’s jersey retirement causes reflection on the continued greatness of the San Antonio Spurs. When I began writing for Pounding the Rock, I started with a series of articles on each of the players whose number is Hanging In The Rafters.

Although I posted them chronologically, I had mentally started with Johnny Moore. He was the first Spurs player I ever met face to face. It was back in the old HemisFair Arena. My parents took my brother and I in 1984. And after the game, we met players and coaches and got autographs. The cool thing was that this all happened in the arena. The players came out of the locker rooms and greeted fans right there.

Johnny Moore was swamped with fans, but stayed back and took time for everyone. He was very congenial. And his autograph ir unmistakable and unforgettable, which locked the memory in my mind.

Were it for a hiccup of one game, Johnny Moore otherwise played his entire NBA career with the Silver & Black.

Johnny Moore is still in the community teaching basketball. Whether is be at the middle school level, the Universal City Seraphim, or the Corpus Christi Clutch, Moore continues to share his love and knowledge of the sport that made him a hometown hero.

Tonight, my wife and I take our daughter to the AT&T Center. Probably as an homage to Moore as much as just a night out. Either way, it feels like the right thing to do to celebrate the man who kept the Spurs together between George Gervin and David Robinson.