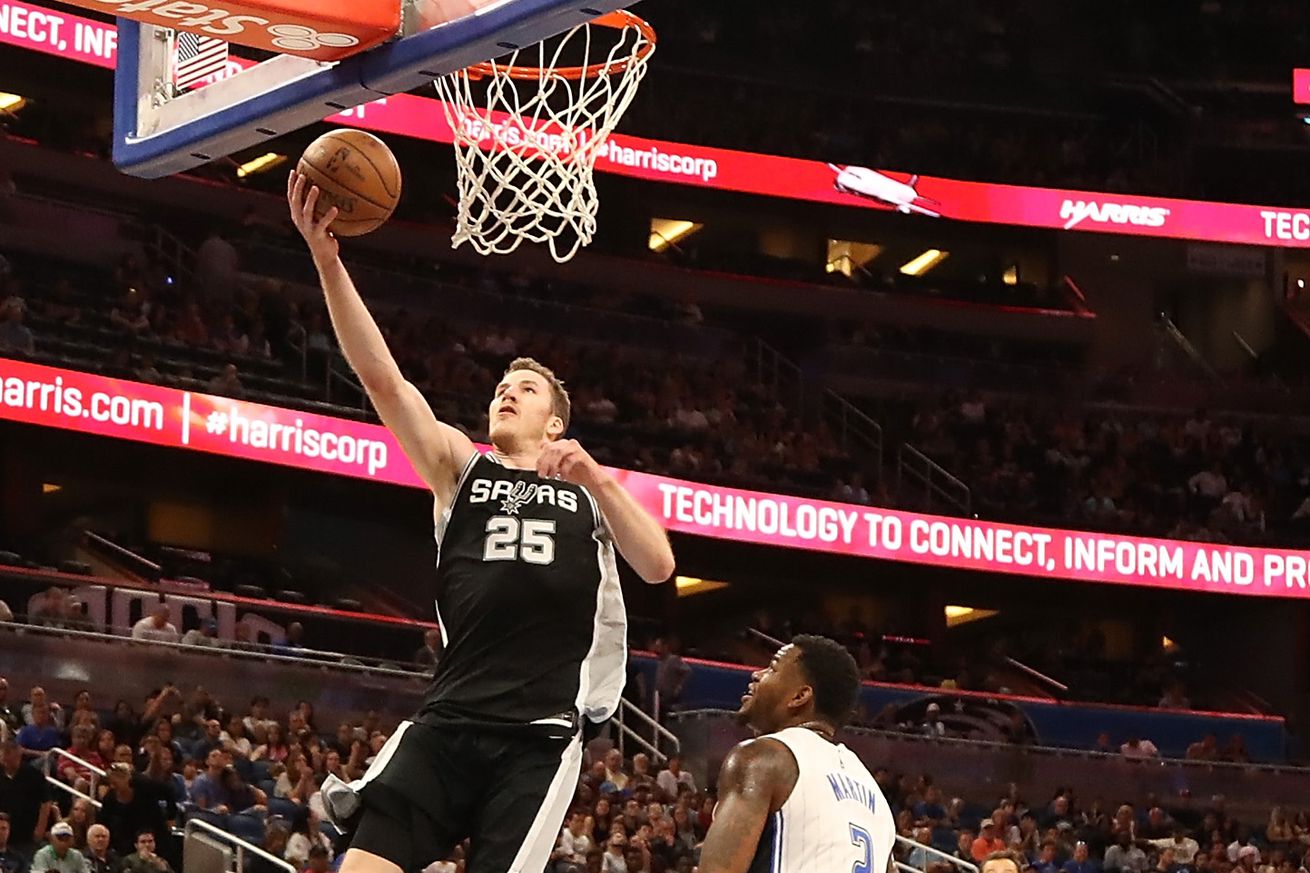 Possibly the least known name in the Spurs big summer trade, Jakob Poeltl has lots of people talking. Not only will he have the opportunity to train in the Spurs workout facility with Tim Duncan from time to time, but if Poeltl can have a breakout season he could find himself in the starting line-up. An aging Pau Gasol will relinquish minutes for sure and has stated clearly that although he wants to continue with the starting five, he will take on any role asked of him.

Poeltl’s youth, size, and athleticism all serve him well and any strides he makes will showcase the former Utah Utes’ best attributes.

I thought I found some Jakob Poeltl Spurs highlights, but the title was misleading as it was when Jakob was a Raptor and they were playing the Spurs. Still, you can see the emergence of a young, talented player . . . and Bill Land and Sean Elliott called the game so at least it’s the Spurs fan perspective.

Happy birthday, Jakob. Let’s hope your next double-double at the AT&T Center is this Wednesday.