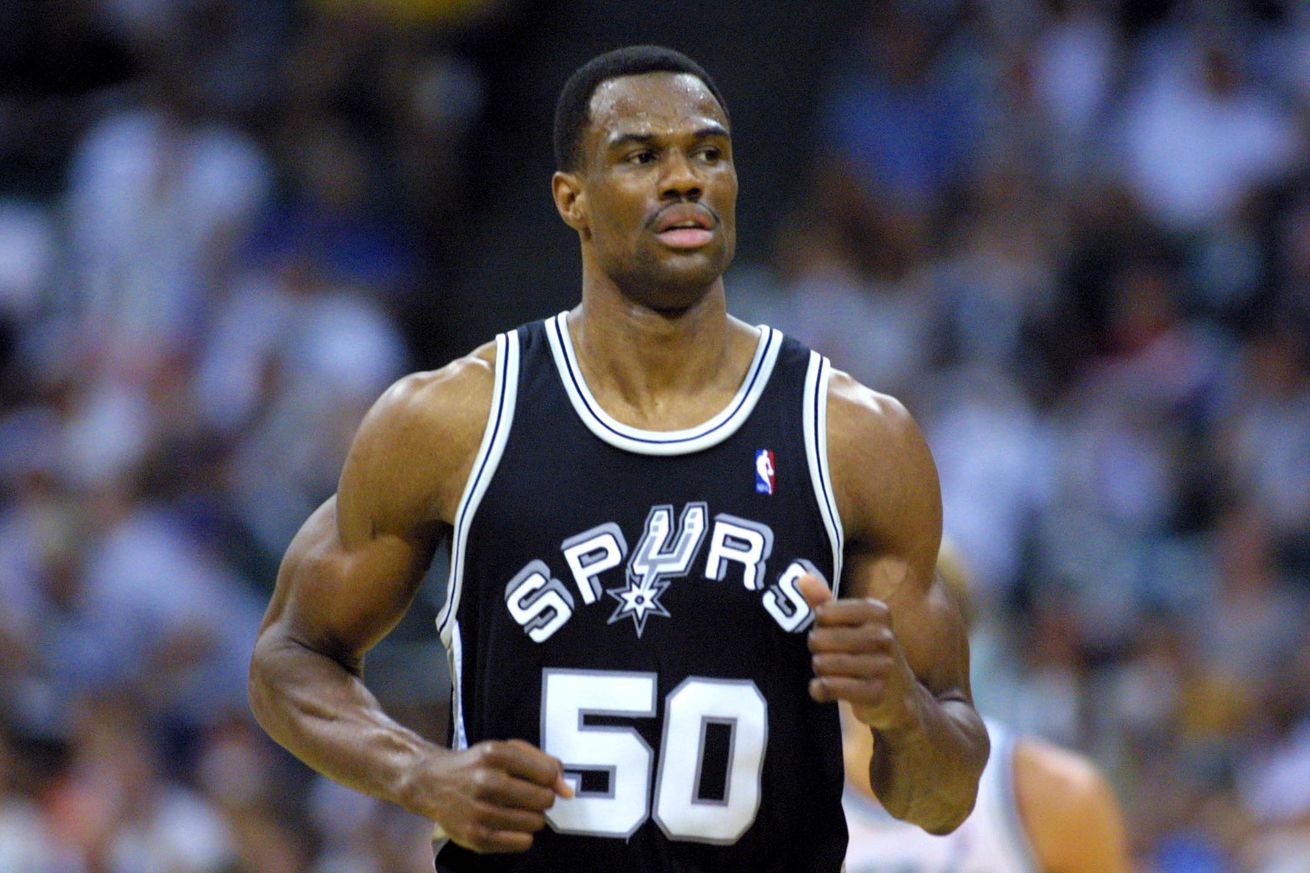 San Antonio legend David Robinson celebrates his 53rd birthday today. In his time in San Antonio, he has raised a defunct team from the wreckage of the early 1980s, set a standard of professionalism and respectability that is the cornerstone of the franchise to this day.

The Admiral won two NBA Championships with the Spurs, the only NBA team for which he would ever play. In the years surrounding those title runs, he showed the league the meaning of true leadership and selflessness as he stepped out of the spotlight allowing Tim Duncan to become the team’s future.

Since retiring, Robinson has been involved with many philanthropic endeavors. In the same way, he has contributed to the betterment of the city as he and his family have supported education through The Carver Academy. He’s still active with the Spurs and can be seen on the Jumbotron at most home games.

I was lucky enough to be seated at the table next to him one night at a local restaurant and heard him talk so highly of San Antonio, of the opportunity the city has offered, and the pride he feels for what he has accomplished. During that time, he took moments to visit with fans and passers by with dignity and respect.

Couldn’t be prouder to have him as a local icon.

“How Good Was David Robinson?” Watch and see: