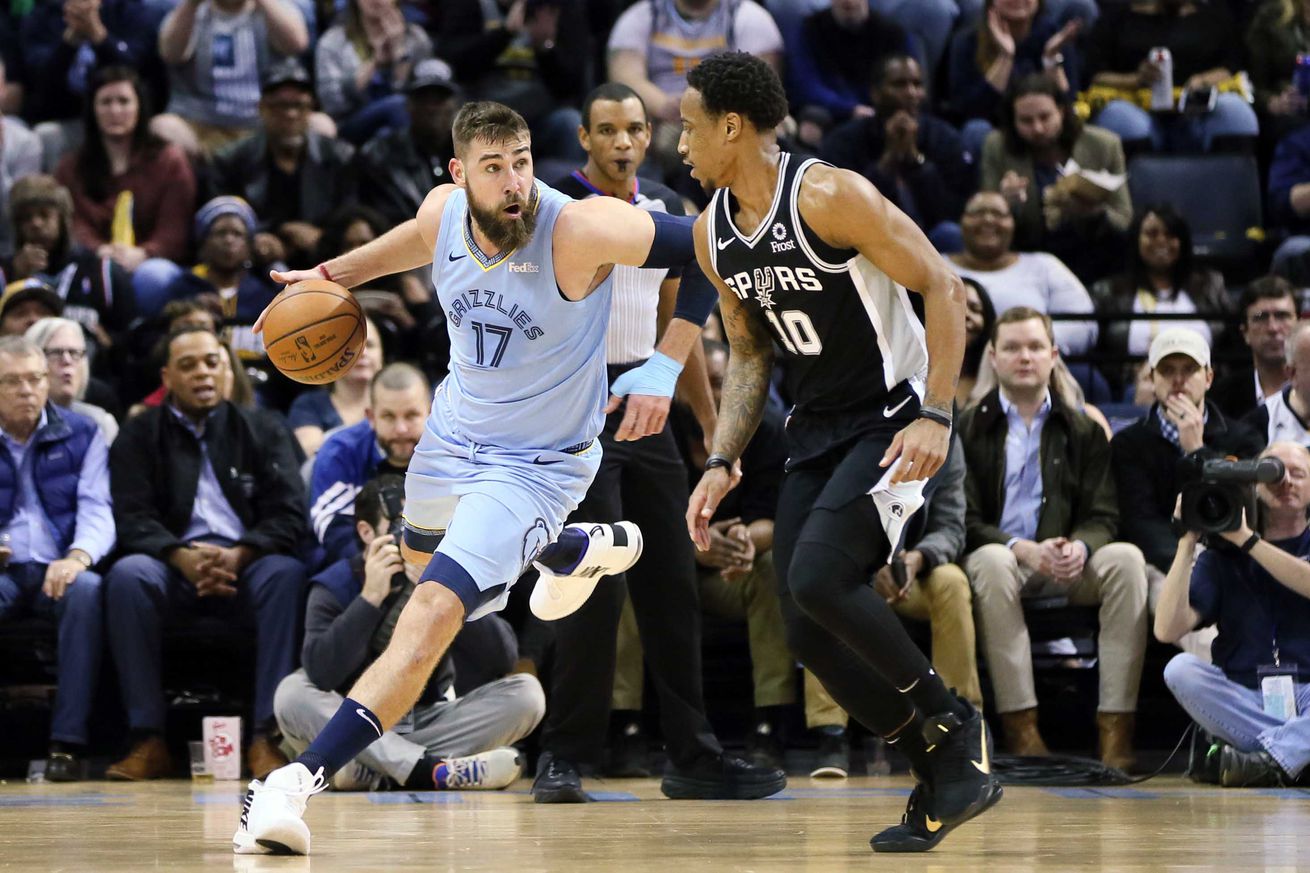 Let’s start with who should have been there but wasn’t. Mike Conley, one of the most readily recognizable faces of the franchise, was out with injury. Also out with injury, one time San Antonio Spurs forward Kyle Anderson. The third injured teammate, Dillon Brooks, is in his second year with the Grizzlies.

Who left? Well, the big trade news was Marc Gasol who went to the Toronto Raptors in exchange for Jonas Valanciunas, Delon Wright, C.J. Miles, and a 2024 second-round pick. All three suited up and Valanciunas got his first minutes with his new team. That’s right, keeping in mind that DeMar DeRozan and Jakob Poeltl came from Toronto, there were five recent Raptors on the court and nary a red jersey in the arena.

Ivan Rabb is another addition to the Memphis Grizzlies that the Spurs had not seen play. In the previous 3 meetings, Rabb played a grand total of 52 seconds. The G-League Memphis Hustle power forward was afforded eleven minutes in this game but consequently was ineffective against LaMarcus Aldridge in the paint.

Bruno Caboclo joined the Grizzlies on a 10-day contract. His 21 minutes yielded 4 points and 4 rebounds.

Jevon Carter had played just one previous game against the Spurs this season.

Joakim Noah, who joined Memphis after being waived by the New York Knicks, has played in three of the four games against San Antonio this season seeing his minutes increase with each game.

Justin Holiday also played the last three games against the Spurs having been traded from the Chicago Bulls and then played against San Antonio twice in his first week with the Grizzlies.

Out of the ten players in the Grizzlies rotation, Jaren Jackson Jr. is the only player to participate in all four games of the series this season.

Lots of trade info for J.B. Bickerstaff and crew.

And more to come. Throughout the all-star break, the trade deadline will be analyzed in the Open Thread. Check back tomorrow as we discuss the Philadelphia 76ers and their monumental run for the Eastern Conference representation in the NBA Finals this season.